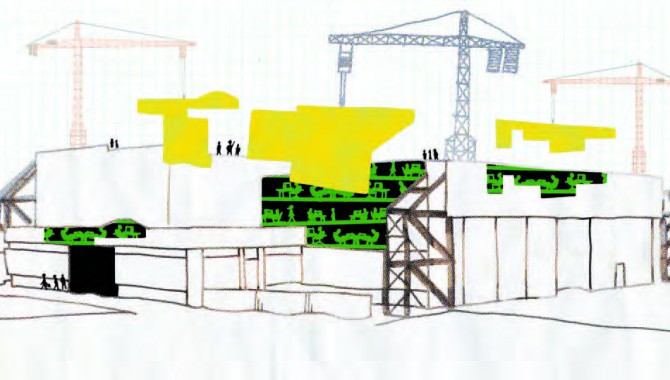 A series of audits and workforce surveys at Dryden Flight Research Center in 2009 and early 2010 identified declining on-time performance and workforce morale as major issues at the center. Dryden’s senior management decided that something had to change in the way we managed our projects.

Dryden was the poster child within the agency for high levels of multitasking both at an organizational and individual level. Change had to happen and had to be deeper than using some new software tool to gather data to tell us what we already knew. That had been tried before. Real change also had to change the project management philosophies that had guided successful operations for many years. This wasn’t going to be easy.

To change the perception that raising issues was punishment, management altered how we probed those issues. As an engineering and research organization, we tended to ask why things didnt work the way we expected. But why questions generate defensiveness and can turn discussions of issues into interrogations.

Dryden’s senior management chose to implement the tools and philosophies of critical chain project management. (A web search will provide many sources of information on CCPM.) I was asked to lead that effort through the first year of implementation. As expected, we experienced challenges during that initial phase. I hope this description of Dryden’s experience will provide some valuable lessons for others.

The first two challenges we faced were directly related to the central CCPM tenets of rapid issue resolution and limiting the amount of “work in progress” at any given moment. Management’s efforts to probe issues surrounding slow progress on projects were perceived as punishment. Efforts to limit work in progress generated perceptions of micromanagement in a workforce that prided itself on keeping “all the plates spinning.” We did not intend either to punish or micromanage, but those perceptions led to resistance in communicating issues up the management chain and even reluctance to communicate information about what work was being done.

To change the perception that raising issues was punishment, management altered how we probed those issues. As an engineering and research organization, we tended to ask “why” things didn’t work the way we expected. But “why” questions generate defensiveness and can turn discussions of issues into interrogations. Turning “why” questions into “what” questions tends to focus the conversation on understanding the issue and moving forward—as long as we stay away from questions along the lines of “what were you thinking?”

A second key behavior is to provide timely help to resolve issues. Perceptions change when the workforce sees issues being effectively resolved before they become big, difficult problems.

Early in our CCPM implementation, one of our flight projects needed to replace a faulty pressure transducer required for research. This issue was identified at our weekly center work review as preventing progress on the project. Questioning focused on what was needed to acquire the replacement. Much to everyone’s surprise, the director for Research and Engineering said he had sufficient funds in his budget to cover the $1,500 cost and told the project to submit their purchase request. This seemingly simple resolution made everyone in the room sit up and take notice: raising the issue resulted in concrete, immediate help instead of an inquisition.

The perception of micromanagement is much harder to change. Any change—not just the work scheduling aspects of CCPM—can arouse feelings of micromanagement as organizational leaders try to prescribe, motivate, enforce, and otherwise develop new processes and behaviors. Large changes are often, if not usually, driven by long-term goals that may not begin to manifest their benefits at the workforce level for months or years.

Dryden’s CCPM implementation has several long-term goals associated with reducing workforce stress and other workforce issues. When the workforce didn’t start to see those benefits after a few months of implementation, the micromanagement sentiment began to increase. I believe this situation must be dealt with in the change-planning process by carefully crafting not only long-term goals but goals and expectations throughout the implementation process. The workforce needs to be able to see progress and ideally reap some benefit throughout the whole process. For example, Dryden’s CCPM implementation may have benefited from more easily achieved and recognized goals of providing desktop access to task-priority information and upcoming tasks followed by individual multitasking targets. The ultimate goals of better on-time performance and increased time for research and skill development should have been deemphasized in favor of nearer-term expectations.

In Dryden’s case, the implementation of CCPM was intended to improve the performance of the center in part by improving our ability to move people between projects. This runs counter to Dryden’s previous culture of dedicated project teams, each trying to get its project done without much consideration of their impact on other projects. In addition to the pride and esprit de corps felt by a Dryden project team as their project literally takes flight, there are issues of insufficient technical depth and knowledge loss encountered when people shift from one project to another.

The focus of pride and esprit de corps can be widened to include larger organizational goals through the choice of metrics and rewards. For instance, lateness may be measured as an aggregate organizational metric instead of an individual project metric. Rewarding individuals and projects that sacrifice a little schedule performance on their project to help another struggling project is another important strategy.

The issues of technical depth and project knowledge are far harder to deal with and can have dire safety and productivity consequences if not managed appropriately. Cross-training of the workforce and proper phasing of the organization’s work can help maintain the necessary levels of expertise on each project even when skilled team members move to other projects. Our CCPM implementation has highlighted areas where cross-training would be of benefit, and it has occurred in some areas. Widespread cross-training has been limited by the costs (course tuition and time) associated with that training, however. Phasing of the work has been much more prevalent. As a branch manager, I have much better information at my fingertips to help me phase work within my branch as well as to anticipate and prepare for periods of high demand in the future.

Change usually comes in the form of doing something new and different—a step into the unknown. We therefore want to make sure every detail is right before we step off that ledge so the change doesn’t cause unnecessary problems and turmoil in the organization. Unfortunately, trying to get every detail right can lead to “paralysis by analysis,” burdening management and the change-implementation team and ultimately preventing rather than preparing for change. Furthermore, getting every detail right isn’t really possible when those non-deterministic systems we call “humans” are involved.

There are certainly some “showstopper” issues and large-scale business practices that must be dealt with prior to implementation. We should focus energy on those things that might cause the whole organization to grind to a halt.

In the case of our CCPM implementation, accurate but not overly detailed schedules were needed to provide prioritized task lists for managers and team leaders. It was therefore necessary to have a process and resources available for efficiently building and revising project schedules before going “live” with CCPM. Rather than wasting time before implementation on imagined issues that might not actually manifest themselves, we should let the implementation itself tell us which details need attention. The key is having implementation team capacity and a plan in place to deal with the inevitable issues that arise during early implementation. Having processes in place to collect questions and problems, evaluate them, and act quickly to resolve the significant ones is critical. It is also necessary to have the capacity to coach new behaviors and revisit pre-implementation training when “book learning” meets reality. Finally, the implementation team must include people who have currently or recently performed the affected functions and understand the change being implemented. Those people have the best chance of understanding when pre-implementation planning has reached the “good enough” point. Also, they have the respect that is critical in leading their peers through the change.

The final two challenges I want to address are phased implementation and the ability of the organization to focus long-term attention on the change. Phased implementation, though sometimes necessary for any number of reasons, has certain negative effects that a “cold turkey” implementation would avoid. A phased implementation prolongs the change process and sets up situations where different parts of the organization operate under different rules. In the case of Dryden’s CCPM implementation, most of our airborne science missions were to be phased into CCPM after the initial implementation, which included our aeronautics research projects. This was due to the limited capacity of the implementation team and the different character of the science projects. Aeronautics research projects were prioritized based on predicted lateness while airborne science projects received no such daily prioritization. It was therefore difficult for managers and team leaders to judge the relative daily priority of tasks across Dryden’s full portfolio of projects.

We learned these lessons about phased implementation:

Increasing the duration of change implementation through phasing only makes it more difficult for organizational management to maintain needed focus on the change. Issues surrounding budgets and staffing levels and demands from Headquarters will necessarily draw management’s attention away from the change effort. They will likely leave it in the capable hands of their implementation team. But that team still needs management attention to approve process and procedural changes, maintain ownership of the implementation design, and generally promote and champion the change.

It is important for a senior manager and her organization to be responsible for implementing and sustaining the change. An ad hoc implementation team is still important, though, to provide extra staffing to push the change design and implementation and bring affected organizations into the process. Management must lead the change by example, and only management has the authority to change the underlying rules, processes, and procedures of the organization.

After nearly two years of implementation, Dryden is still working to fully implement the processes and philosophies of CCPM in all its projects. Several things have helped achieve the desired change:

Some things I would do differently if I were doing this work over again:

I want to leave you with some key points that I hope will make your next change implementation more successful:

Thomas J. Horn is currently chief of the Aerostructures Branch at Dryden Flight Research Center, where he previously served as a thermal-structures test engineer supporting various ground- and flight-research projects. He is a 2012 recipient of the NASA Outstanding Leadership Medal for his leadership of the initial critical chain project management implementation at Dryden.