It’s easy to say that a contractor must earn the government’s trust, but what does that mean in practice? Who needs to earn whose trust? What’s the timeline for doing that? How does anyone know when he or she is trusted? What is the relationship supposed to be like before one feels like trust has really been established? So many questions it makes my head hurt. I have always found it better to begin a relationship assuming that everyone is trustworthy until, and unless, something occurs to belie trust.

Complete openness and candor is an important part of a successful government-contractor relationship.

Actions speak volumes in a government-contractor relationship. For instance, I often refer to Dave, the very first contractor program manager I ever worked with. Whenever I expressed a concern or issue to Dave his reply was always the same: “We just have to go and get that fixed.” And he always did. A few times he asked me to do something, and I responded in kind. It was a great relationship.

When Dave left, his replacement, Ben, was not action-oriented at all. Any issue I raised with Ben became a point of contention, and Ben’s aim typically was to try to talk me out of expecting anything of him. Interestingly, Ben was not timid about insisting that I do things he wanted. For a time I did, but after awhile I got tired of his failure to act in kind. I started saying “no” even for those things I could have managed relatively easily. As you might imagine the overall relationship went south. 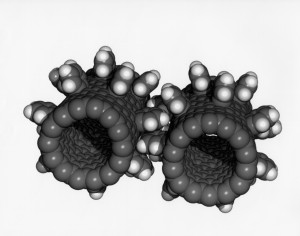 NASA is conducting research into molecular-size devices being developed under the rubric “nanotechnology.” This photograph depicts two “Nano-gears” with multiple teeth. One can imagine how precisely in synch these gears must be to run properly. This article details another type of synchronous relationship — between two project managers.

Complete openness and candor is an important part of a successful government-contractor relationship. I recall talking one time with Dave when he brought up that my Contracting Officer (CO) was a threat to the overall relationship. Dave told me that my CO seemed totally pre-occupied with finding evidence that the contractor was violating the contract, taking great delight in pointing out the slightest infraction, and this was causing Dave’s people to begin taking a legalistic view of everything they were doing. Once I investigated and found the allegation to be true, I got rid of the CO. Had Dave and I not established an air of openness between us, I never would have known there was a problem.

Terry Little is the Director of the Kinetic Energy Boost Office at the Missile Defense Agency. One of the most seasoned program managers in DoD, he is also a regular contributor to ASK Magazine.