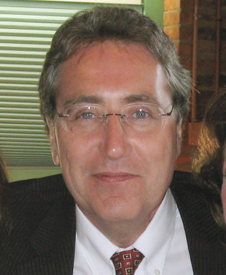 As Chief Knowledge Officer (CKO), Forsgren leads NASA’s knowledge management efforts to ensure that the agency’s workforce has access to the critical knowledge needed for mission success. He serves as the focal point within the agency to develop policies and requirements necessary for integrating knowledge capture across programs, projects, and centers. In addition, he is responsible for establishing, maintaining, and overseeing knowledge sharing standards and capabilities that support the development of NASA’s workforce. As part of these efforts, Forsgren oversees NASA’s Academy of Program/Project & Engineering Leadership (APPEL), uniting the Office of the Chief Knowledge Officer and APPEL in developing and delivering knowledge services to the agency.

Forsgren served as Acting CKO in 2016. This overlapped with his tenure, from 2013-2017, as the director of APPEL: the agency’s internal resource for project management and systems engineering training and professional development. His association with APPEL began in 2005, when he was appointed Deputy Director of the organization. Prior to that, he worked at Glenn Research Center (GRC), where he progressed from mechanic to engineer, deputy project manager, and project manager before moving to NASA Headquarters in 2005. Forsgren has written numerous papers and articles, and served as guest speaker on topics such as ethics and training NASA engineers. He holds a patent for his work on an adjustable depth gauge.

Over the course of his career, Forsgren has received multiple awards and honors, including NASA’s Silver Snoopy and the Manned Flight Awareness Award. Under his leadership, APPEL was named “The Best Academy in the World” in 2015 by Humans Systems International, a subsidiary of the Project Management Institute, and earned the Exemplar Training Organization Award from the International Association for Continuing Education and Training (IACET). In 2016, Forsgren and his team at APPEL received NASA’s Group Achievement Award for providing world-class training to the agency’s project management and systems engineering communities.

Forsgren holds two bachelor’s degrees. The first, in history, is from Georgetown University. The second, in engineering, is from Cleveland State University, where he also received a master’s degree in engineering. He lives in Virginia with his wife Florence. They have four sons and four grandsons. 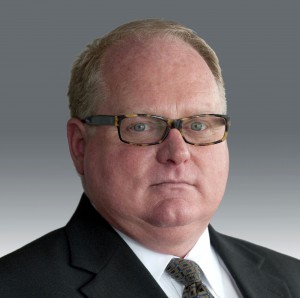 As the Deputy Director of the NASA Academy of Program/Project & Engineering Leadership, Mr. Angelillo is responsible for the Academy’s fiscal year curriculum planning and integration, website and technology resources, and technical workforce learning events. Additionally, he is responsible for outreach and collaboration activities on behalf of the Academy and serves as the key liaison with center training offices, agency working groups and Academy partners. He also oversees the Academy Center for Excellence (ACE), a state-of-the-art facility located at Kennedy Space Center, that offers a fully equipped learning environment in support of promoting individual, team and organizational excellence in program/project management and engineering.

Mr. Angelillo joined the federal government in 2002 and brings organizational development experience from three NASA centers.  Prior to his federal service, he oversaw the design, development and delivery of regional customer service and management training for UAL, Inc. Mr. Angelillo attended the College of Charleston Business Program and holds a green belt in Lean Six Sigma; he has received numerous awards for his service including the Federal Government Excellence in Service, NASA Distinguished Contribution, and NASA and Kennedy Space Center Certification of Appreciation.