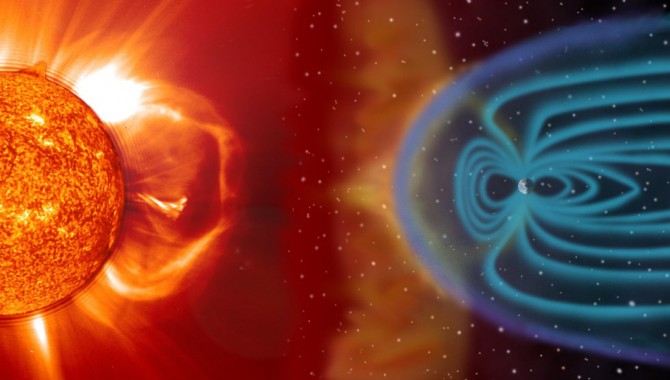 Background
There was a Chinese place near Goddard Space Flight Center where members of my Advanced Composition Explorer (ACE) team often went for lunch. The food wasn’t great, but after you go to a place a few times, suddenly, you’ve got a history there. It’s where we celebrated birthdays, project milestones; it was a good place to get away during the day when things weren’t going well and folks needed to blow off steam; and it was also the place to go when we needed to let someone go on the project, to mitigate any hard feelings that might linger as a result.

If there is some bitterness, and sometimes there is, we see if we can bury that and just go on.

I wouldn’t want to give anyone the idea that project teams, even the successful ones, are “perfect families.” Conflicts occur when you’re dealing with engineers, scientists, technicians, and bureaucrats. We had our share on ACE. For the good of the project and everyone involved, we occasionally had to get rid of some people.

I made it a policy that when someone was leaving the project because of a personality conflict, then everyone on the team, or as many as there were around, went out for lunch as a send off. End things on a nice, friendly note. If there is some bitterness, and sometimes there is, we see if we can bury that and just go on.

Example:
We were working on a simulation test and one of the technicians was old school right down to the way he slicked back his hair and parted it on the side. Innovation, forget it. He would have none of that. He called his methods “Tried and True.” The thing is a certain degree of open-mindedness was required for this test. It got to the point where Mr. Old School and another guy working this particular test were ready to come to blows. I had to step in to resolve that. I made it clear, Tried and True though Mr. Old School’s methods might be, this particular simulation required a certain degree of open-mindedness.

I had already made the decision to let Mr. Old School go when I called him into my office and let him know that he was going to be reassigned to another project. The only question I had for him was where did he want to have lunch? If it was all the same to me, he said, there was no reason to break with tradition. The Chinese place it would be then.

When someone has to leave the project, simple social occasions like doing lunch go a long way towards healing some of the hard feelings.

We started off with tea and egg rolls, and by the time the Lo Mein got to the table everyone was laughing and cracking jokes. Neither Mr. Old School nor the guy he nearly got into a fight with talked about their disagreement. The rest of us made sure to stay away from that subject too. Even though Mr. Old School and his counterpart couldn’t agree on work, they did agree on something. It turned out they both had teenage daughters who were driving them crazy. They might not have anything else in common, but they did have this. In some ways, this is the kind of thing that can take the edge off their other differences. I could just hear them when they met each other again, say in the cafeteria. “Hey, did that little girl of yours get her driver’s license?” “Yeah and she’s still driving me crazy, but how about you?”

And this is the whole point of why we had our Chinese restaurant. It rounded out the people on the project. The best way to smooth out differences between team members about work is to round people out. When someone has to leave the project, simple social occasions like doing lunch go a long way towards healing some of the hard feelings.

Frank Snow has been a member of the NASA Explorer Program at Goddard Space Flight Center since 1992. He was the Ground Manger for the Advanced Composition Explorer (ACE), and project manager for the Reuven Ramaty High Energy Solar Spectroscopic Explorer (RHESSI) and the Galaxy Explorer (GALEX). He began his career with NASA in 1980.