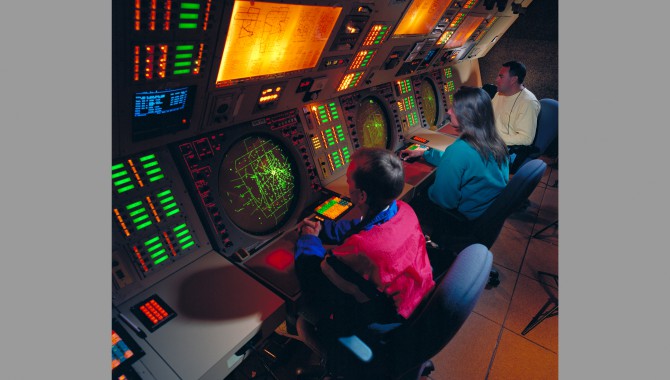 In spring of 2008, midlevel managers with different professional skills working in different divisions at Ames Research Center in Mountain View, California, participated in a six-month Strategic Leadership Boot Camp management training program. As part of the course, attendees self-organized into interest groups to further study a particular aspect of curriculum. This is the story of the six Ames managers who formed what came to be known as the Engagement Team and how the work of that team resulted in a proposal that could support the case for bringing more agency work to Ames.

The six Ames managers who formed the Engagement Team found that despite vastly different skills and professional work environments, they had each experienced what they later described as a “wow” moment—a point in time when they were inspired, excited, and emotionally fulfilled to be doing their NASA work. For four team members, those moments took place in the mid- to late nineties at Ames and were sufficiently powerful to fuel their careers into positions of increased responsibility at the center. For two others, the moments took place during the Engagement Team work. For all of them, though, it was the Engagement Team experience that drew them together and led to the discovery that such moments could form the basis of what management science calls “employee engagement”—a human element in a technology-based work environment that can be directly linked to real-world, hard-dollar value and is an acknowledged predictor of mission and organization success.

John Robinson and Todd Farley, who both hold MS degrees in aeronautics and astronautics and work as associate principal investigators in the Aviation Systems Division on the NextGen Airspace project at Ames, described their moments as stemming from different creative experiences that had similar personal impacts. 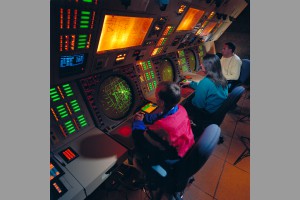 Robinson remembered the shared sense of excitement he felt in 1996 working on a “start-up-like” Ames project team that was developing a decision-support software tool for air traffic controllers to help them assign landing runways and sequences (the Passive Final Approach Spacing Tool, or pFAST). He credited an exceptionally flexible, management-supported work environment for the creative productivity of the team that resulted in a successful demonstration of the tool at Dallas–Fort Worth International Airport.

“When leaders support person-to-person collaboration among colleagues with a shared interest in solving hard problems, the workgroup environments that emerge are so productive and personally satisfying that people want to put in the extra time and effort to be successful,” said Robinson. “In fact, one of the people from the FAA who was involved in that ’90s test demonstration recently asked me to look into whether the maturity of our current research into unexpected compression of aircraft on final approach could be used to predict short-term conflicts in terminal traffic. So I pulled together a subteam like the one we had a decade ago to work the problem, and the positive feedback from person-to-person contact with a customer that needs the output of our product is once again driving an elevated level of engagement and productivity. Looking forward, I really hope that more people working at Ames will have the chance to experience the thrill that comes with being part of this kind of group.”

Although Farley knew that moving from industry to working in research at NASA would give him a greater opportunity to pursue his long-held fascination with flight science, he was “blown away” to discover how multifaceted and creatively accomplished his coworkers at Ames were.

“I am someone who is inspired by ‘ordinary’ people who pursue their creative side,” said Farley. “So when I met a senior scientist who turned out to be an amazing virtuoso on the trumpet, a management class colleague who wrote and performed his own songs on guitar, and peers on project teams who routinely stepped out of their professional personas to do some inspired improvisational holiday skit work, I was inspired to be in among them and became a much more engaged employee because of that experience.”

Dr. Aga Goodsell, chief of the Reacting Flow Environments Branch in the Space Technology Division at Ames, remembered a time in the mid-1990s when a branch chief at Ames gave her an opportunity to tackle wind-tunnel-based modeling and testing of new supersonic transport designs that required her to collaborate with a group of new people and approach problems in new ways. Experienced in a primarily computational approach to problem solving, Goodsell needed support from her new colleagues to build real-world prototypes to specifications on tight testing timelines. When the test outcomes challenged working assumptions, Goodsell’s team pulled together to conduct a second testing program that resulted in a major change in the way future wind-tunnel testing would be conducted. Although personally and technically challenging, Goodsell found the experience to be uniquely fulfilling and felt that the supportive work environment created by her manager helped her to be successful. 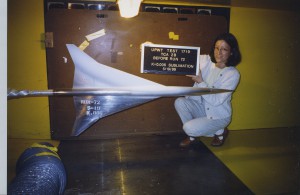 “Now that I am a first-line supervisor in my own branch, I know that the health of my organization can depend upon the quality of workgroup relationships where team members not only respect each other’s professional talent, but also care about each other as people,” said Goodsell. “I try to foster this kind of work environment by encouraging after-hours social events, public celebrations of personal achievements, and structuring workrelated travel as a group experience whenever possible. Also, I’ve identified team building, collaboration, and communication as critical elements in my employee performance reviews and try to help my people achieve high marks in these areas.”

Dr. Jeffrey McCandless, deputy chief of the Human Systems Integration Division at Ames, remembered being inspired by the seamless collaboration he observed in Mission Control at Johnson Space Center during a Space Shuttle mission. He wanted to help colleagues at Ames be more open to the new experiences and work environments that support such collaboration.

“When I visited the Mission Control Center, I saw dedicated people coherently interacting to achieve a common goal of flight mission safety and success, and it was quite impressive,” said McCandless. “No matter what came up, they handled it smoothly, like a choreographed dance. If employee engagement programs can help forge similar relationships, I believe our center and Agency will benefit.”

Pat Hudson, procurement management IS team lead at Ames, signed up for the Strategic Leadership Boot Camp to accept the challenge of learning how to become a better manager and found that the experience of rising to that challenge could result in a “wow” moment that left her inspired and more engaged in the work she was doing.

“Engagement tends to be contagious,” Hudson observed. “When someone is fired up about the work they do and the people they do it with, it spreads. When that happens, more people take the long view of their work investment in the agency and it’s a win–win all around.”

People come to NASA for the opportunity to do extraordinary things and contribute their talents to inventing new ways of doing things and pushing back the threshold of man’s knowledge.

Antoinette Price, assistant chief of the Entrepreneurial Initiatives Division at Ames, saw joining the Engagement Team as a way to address the ever-present challenge of helping Ames communicate NASA values to employees who may then become more effective internal and external cheerleaders for the Agency.

“The more I worked with this group and learned how employees who feel valued, connected, and productive in their work environments can contribute to the bottom-line success of an organization, the more determined I became to overcome the perspective differences that often separate people into profession-based groups,” said Price. “By rising to that challenge and advocating for improved employee engagement at Ames, I felt my own ‘wow’ moment of appreciation for the positive impact NASA has on our world as a whole and for my own contribution toward that impact.”

The Case for Improved Employee Engagement

Beginning with an intuitive sense that their common inspirational experiences could form the basis for a strategy to improve the general level of productivity and efficiency at Ames, the Engagement Team conducted a survey of comparable organizations, both government-based and in the private sector, to determine if the benefits attributed to employee engagement in the management science literature were verifiable and relevant for Ames.

After six months of research using industry-standard, quantifiable metrics and backed by findings of the September 2008 U.S. Merit Systems Protection Board report, “The Power of Federal Employee Engagement,” the team discovered that organizations adopting vetted, professionally managed employee-engagement programs realized an average first-year increase in productivity of 6.5 percent. For a 2,500-person workforce similar in size to Ames, this improvement in productivity would be like having 160 more full-time employees on staff for little or no additional cost.

To exploit this previously untapped resource, the Engagement Team developed a two-phase proposal for center management to consider starting a professionally managed employee engagement program at Ames. In the proposal, team members recommended using Robinson and Farley’s Aviation Systems Division for a phase-one, twelve-month pilot program to validate anticipated improvements in productivity because the division is primarily a team-based work environment, and the division chief actively supports the project. If the division is judged to be successful, center management would have the option to use the experience to develop a centerwide program that could give Ames an advantage when NASA Headquarters considers which centers would be the most cost-effective choice for delivering on mission goals. 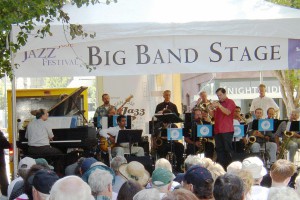 Dan Bufton, deputy director of Programs and Projects Office at Ames and senior management mentor for the Engagement Team, sees the team’s proposal as an opportunity to enhance the already-inspiring work environment at Ames while serving the business needs of the Agency in challenging economic times.

“People come to NASA for the opportunity to do extraordinary things and contribute their talents to inventing new ways of doing things and pushing back the threshold of man’s knowledge. At this level of management, though, it’s easy to get a bit jaundiced and lose sight of the thrill that brought us all together in the first place. If managers can help employees increase their level of engagement through the kind of programs this team is proposing,” said Bufton, “it will be a win–win–win all the way around—for employees, managers, Ames, NASA, and the human community we all serve.”

While the logistics of implementing the proposed pilot plan are currently under review by human resources, center management has made it clear that Ames is committed to finding new ways to do more with current resources. As a result, the concept of inspiring greater employee engagement to achieve greater productivity is gaining ground as a low-cost investment that could realize a substantial return for NASA while simultaneously boosting the bottom line at Ames.

Nancy Mangini is a senior communications specialist for ELORET Corporation in Sunnyvale, California. She holds a BS in pharmaceutical sciences, an MBA in executive management, and has more than twenty years’ experience writing for the business and scientific communities in Silicon Valley.