Back to Top
Home/36/ASK Magazine/Interview with Eric Gorman: Starting at NASA Now 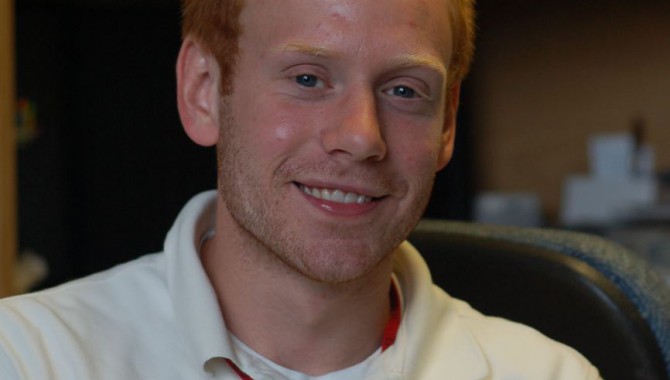 After talking to George Morrow about his experience as a new NASA employee in the early 1980s, Don Cohen asked Eric Gorman about the experience of becoming a NASA employee today. When they spoke at the end of May, Gorman was just about to take a civil service position at Goddard.

COHEN: You’ve been working for NASA as a contractor?

GORMAN: I worked for Orbital in their building for a little over a year on the Hubble Space Telescope mission. They immediately gave me a couple of load analyses and stress analyses on brackets and structures that they were adding for the mission.

GORMAN: I was very scared at first. I’d done schoolwork—the teacher says it’s either right or wrong. Now it was, “You’re smart enough to figure it out, and we’ll make sure you’re not screwing anything up, but you’re ultimately responsible for this because your signature is on it.” I felt a great deal of responsibility. After I moved here—I’m coming up on a year at Goddard—my responsibility level increased more than 100 percent. I’m now the mechanical lead for an entire subsystem of the Global Precipitation mission satellite. I’m in charge of six avionics boxes with three unique designs. I make sure that the avionics boxes meet mechanical and thermal requirements, maintain schedules, write procedures and reports, and I will be involved with testing and delivery to the spacecraft.

COHEN: Who’s watching what you do now?

GORMAN: I’ve got some senior mechanical guys that I go to for advice. They look over my shoulder once in a while to be sure things are going well, they offer advice and experience, but day in and day out I’m pretty much responsible. Originally a senior engineer had the mechanical lead position, but he was moved to another project and I stepped up and assumed his responsibilities. He still checks in once in a while, asking if everything’s going well. I’ve even gone to the branch head, Chuck Clagett. He’s a mechanical guy so I’ve asked him questions.

COHEN: Have you sometimes gone in the wrong direction?

GORMAN: I’ll typically ask a question if I’m unsure. There hasn’t been anything where I’ve made a decision without the proper guidance.

COHEN: How good a job do you think the agency does incorporating new people?

GORMAN: NASA as a whole does a great job of immediately putting co-ops and interns to work. In my experience, everyone who has come here has been given good, meaningful work to do immediately. If a person feels what they’re doing is important, they will be a motivated employee. My friends that have gone into jobs that are menial or meaningless usually leave those jobs. All my friends who have careers feel they were given responsibility in their companies and that their position matters.