Back to Top
Home/44/ASK Magazine/From the Academy Director: Action at the Boundaries
Dr. Edward Hoffman

Many years ago, I was hired to design and implement strategies that supported teams at Goddard. Because performance happened at the team level, the idea was to complement traditional individual-development activities with team support. 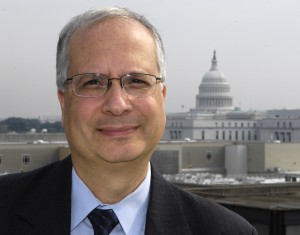 NASA’s grand science challenges depend on engineering expertise to design and build the needed instruments and sound project management to ensure overall value and execution. I have always been fascinated by what happens when these communities come together. It is at these organizational boundaries and interfaces that projects are tested for strength, teamwork, and resilience.

My first project team was responsible for a large science program led out of Goddard. The project manager asked me to design a retreat with the ambiguous aim of creating more of a “total team.” I was assured that the team was composed of the best and hardest-working engineers and scientists around. The issue was how people interacted when they came together. Arguments, threats, even fights over priorities were not uncommon. Progress was made when the groups returned to their local work.

My project manager sponsor believed in the potential value of the team retreat but kept asking, “How much time will this take? Can you do it in half the time? Is there a way you can show us a return on investment?”

My interactions with the engineers were mostly positive but initially skeptical. They were interested in anything that could improve performance; time was important but less of a driver. “If you have something that makes us better, let’s do it,” they said, but if they didn’t see value they would—at best—ignore the activity entirely.

The scientists informed me that the whole notion of “team” was suspect. Science, I was told, happened at the edge of rebellion; conformity to team norms and roles was the enemy of scientific discovery. The only communities scientists recognized were other scientists. One scientist asked, “What do you notice in my dress?” I looked at his shorts, sneakers, and T-shirt. Before I could answer, he told me, “My clothes represent my difference. I am deliberately unlike anyone else around here.” In other words, get the engineers and project managers to work as a team, but leave us alone.

I wondered what planet I had landed on. My retreat sponsor was increasingly worried about taking time away from the project. The engineers were creative and playful, but skeptical. The scientists were offended by the very notion of team building. I saw that I needed to better understand the challenges, rhythms, and dynamics of a complex project. Generic team-building tools would never accomplish anything. I learned, too, that the key to bringing these groups together was to focus on mission success.

The interplay of scientists, engineers, and managers—the interaction at the boundary that determines success or failure—is influenced by their natural dependencies, passions, and animosities. The only way those players can develop the communication, integration, and trust required to truly work as a team is to unite them in pursuit of a common goal: meeting the epic challenges of NASA’s great science missions.