Back to Top
Home/ASK the Academy/Volume 4/4.10/Message from the Academy Director Unsung Heroes 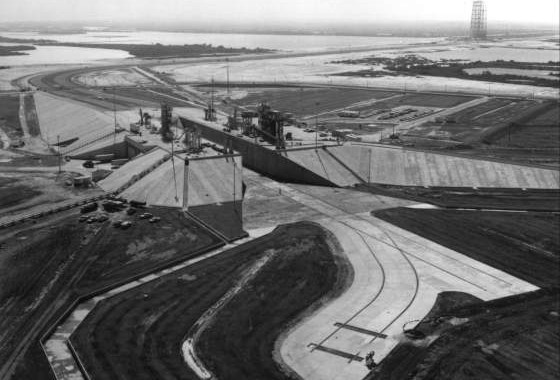 Construction of pad A, LC-39. (4) Same view two months later; pad 39A essentially complete. The flame deflector would move along the tracks in the foreground. The crawlerway enters the picture in the upper right, passes the service structure (née arming tower) in its parking position, and makes a near-90 degree turn in the upper left to approach the pad. Credit: NASA

Infrastructure is all around us, and yet most of us rarely give it a second thought. 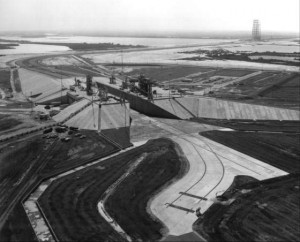 Construction of pad A, LC-39. (4) Same view two months later; pad 39A essentially complete. The flame deflector would move along the tracks in the foreground. The crawlerway enters the picture in the upper right, passes the service structure (née arming tower) in its parking position, and makes a near-90 degree turn in the upper left to approach the pad.
Credit: NASA

Growing up in Brooklyn, I couldn’t imagine life without the subway. It was my connection to the world, and I felt like it could take me anywhere. I hadn’t heard of network theory, but it was easy enough to intuit the basic concept of nodes and hubs. My stop was a node. Times Square was a hub. Years later as a graduate student, the subway was my lifeline, taking me from Brooklyn to Manhattan and back every day. Amid the grind of grad school, the ride across the East River to Brooklyn each night marked a temporary break from the books for a few hours.

As with most things in daily life, I only noticed the subway when it didn’t function as expected. At the same time that I took it for granted, I had occasional moments of amazement at the sprawling underground network of tracks, the synchronized opening and closing of doors. The complexity of the system was hard to fathom.

Depending on the context, there are many definitions for infrastructure. The American Society of Civil Engineers defines critical infrastructure as “facilities and assets…so vital that their destruction or incapacitation would disrupt the security, economy, safety, health, or welfare of the public.” The term often brings to mind physical assets such as roads, bridges, the electrical grid, and water systems, though it refers to cyber systems as well. To paraphrase political scientist Joseph Nye, for most of us it’s like oxygen: we only notice when it’s lacking.

NASA’s infrastructure—both on Earth and in space—is similarly invisible and awe-inspiring. We design, develop, launch, and operate state-of-the-art spacecraft that send back breathtaking images and petaflops of data, and unless we’re directly involved in the project, we rarely say much about the infrastructure that enables every step of the process. Our missions depend on a staggering amount of infrastructure, from our centers and test ranges to ground stations around the globe. The people responsible for these facilities are our own unsung heroes. They don’t get the glory of the Hubble Space Telescope or International Space Station, but they help make those missions possible.

And just as we continually improve the performance of our missions, we also look for ways to upgrade our infrastructure without breaking the bank or disrupting essential services. Our next generation of communications satellites is far more sophisticated than our early ones. Even our office buildings are “smarter,” relying on sensors and other technologies that were not widely available for commercial construction a decade ago.

NASA’s infrastructure is as unique as its missions. We stand on the shoulders of giants, relying on their knowledge to propel us forward. It is the invisible element that binds us to each other.