Back to Top
Home/5.5/ASK the Academy/Volume 5/Young Professional Brief: Learning from a Rocket City Space Pioneer 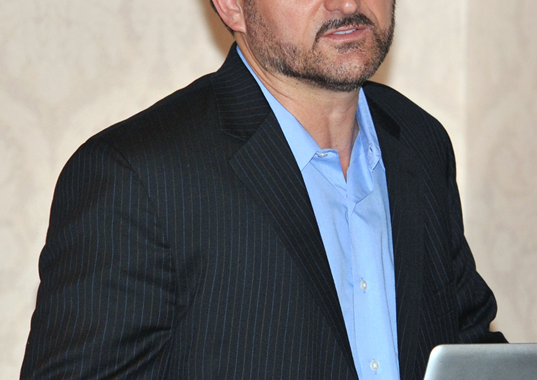 Smarts alone do not guarantee career success, according to inveterate inventor Tim Pickens. 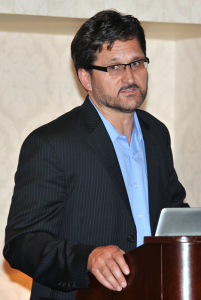 On May 21, 2012, Tim Pickens, chief propulsion engineer and commercial space advisor at Dynetics, and team leader for the Rocket City Space Pioneers Google Lunar X PRIZE Team, spoke to an audience of young professionals at the Global Space Exploration Conference in Washington, D.C. Described as “resourceful scrounger who could look in a garbage can and come up with a rocket” by engineer Greg Allision in a 2007 Air & Space Magazine article, Pickens grew up in Huntsville, Alabama, and is a serial tinkerer and innovator.

In addition to a career that has spanned both government and commercial space settings, Pickens has gained a public following for his side projects, which include a rocket bike, rocket truck, and jet scooter. He shared stories about a steam-powered rocket (literally powered by a bucket of water) that he launched 2,000 feet in the air, as well as the work experience that prompted Scaled Composites founder Burt Rutan to ask him to lead the propulsion team for SpaceShipOne.

Pickens stressed the importance that building relationships and trust played in his career. “I met Burt Rutan at a conference sort of like what we’re at right now. I think (of) a lot of these grassroots relationships that came out of my business,” said Pickens. “They came out of the relationships I built going to conferences….You’re not going to get business off of the Internet or from articles. You’re going to have to go out here and talk to people, and they’re going to have to be comfortable working with you.”

He also shared some of his early-career misconceptions. “It’s not always the smartest guy that’s going to get the work,” said Pickens. “That’s true for proposal writing too, by the way. First two years of business, I thought, ‘Heck we’re smart guys, we’ll just throw proposals over the fence and we’ll win ’em. We’ll win all sorts of work.’ It didn’t happen that way.” Success comes from understanding the people you want to work with and uniting individual interests into a common goal.

“I’ve always had a passion for space and I’ve played with rockets all my life,” Pickens said. “I wanted to do something different. I [want] to make a difference in this industry.”