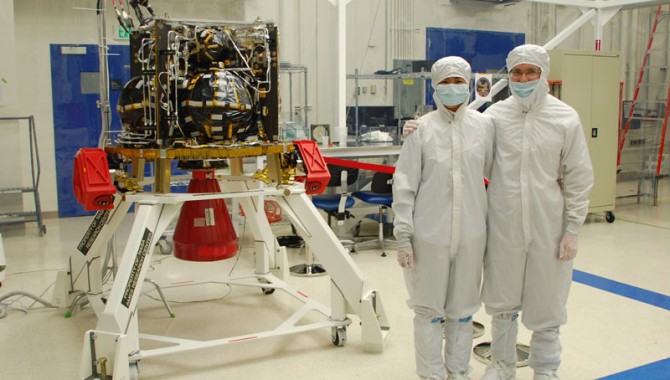 Josephine Santiago-Bond left her comfort zone when she moved from one coast to another, going from ground systems at Kennedy to working on a lunar mission at Ames. 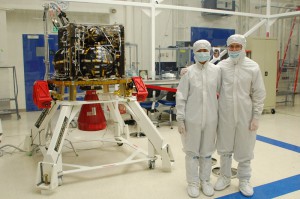 She didn’t think shed end up at Ames Research Center (ARC) for her Systems Engineering Leadership Development Program (SELDP) year-long rotation. Bond started at Kennedy Space Center (KSC) as an electrical engineer on ground systems for the Shuttle and Constellation programs at KSC, and has worked her way into systems engineering. “I thought maybe they would send me out to Goddard or Dryden,” she said, adding that her experience gaps indicated that she would benefit from experience working on a satellite or aeronautics project.

Instead, she ended up on the mission systems engineering team for the Lunar Atmosphere and Dust Environment Explorer (LADEE), a lunar orbiter that will study the moons atmosphere and dust environment. “LADEE is totally different in the sense that it is a spacecraft. [I] never worked outside of this human spaceflight arena and never worked on a payload, and now I am here with a team working for mission systems engineering and putting together a spacecraft,” she said.

The differences between KSC and ARC were readily apparent. KSC is large and operations-focused, where people are always on the go, while ARC is researched-focused and smaller. “People have a different pace here,” she said. Normally used to several layers of hierarchy and multiple subsystems that go along with ground systems and operations at Kennedy, LADEE’s team is much smaller, she explained. “It is comparable to maybe a couple of sub-systems at Kennedy, where we’re used to having one systems engineer per subsystem.”

The SELDP experience offers a series of workshops, training, coaching, and mentorship throughout the year. “There are certain things that you need to hear even though it might sound like common sense,” said Santiago-Bond. Her mentor, the LADEE mission systems engineer, also shifted her perspective on traditional mentoring. “He not only gives me insight into what mission systems engineering is for my development, but he also allows me to have that communication go both ways,” she said, adding that typically mentorship is viewed as one-way. ”He opened up the door and said, if you see anything at the meetings or I am not leading the team appropriately, let me know. So he has allowed me to develop him as well.” 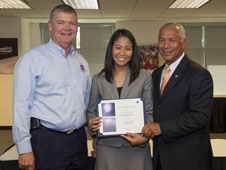 She also observed and appreciated the “badge-less” team culture. “When I first came, I thought the people who were seated around me were all NASA people, but I later realized it was mixed,” she said. “You didn’t care whether the person you were working with was a contractor or a civil servant.”

When Santiago-Bond joined the project, LADEE was about to go through its System Integration Review (SIR). The review didn’t go as well as the team had hoped, and passing the follow-up review became one of her primary jobs. The LADEE project has also allowed her the opportunity to interface with other centers. “I’m used to interfacing with KSC folks for launch, but now we have Wallops,” she said. The spacecraft is set to launch from Wallops Flight Facility in 2013. Today, the LADEE team is working to finish up spacecraft integration and poised to begin payload integration and preparation for a “delta SIR” (follow-up review) in August.

Santiago-Bond will return to KSC just after the review, taking what she has learned from LADEE with her. “I’ve always been on the ground side of the rocket looking at the interface of the rocket with the launch site, but now I’ve seen more of the interface of the spacecraft as the payload of the launch vehicle,” she said. This experience will afford her the opportunity to work in different areas when she returns to KSC.

In the future, Santiago-Bond looks forward to broadening her experience, beginning with a detail assignment at NASA Headquarters in the next few years. “At some point, I would also like to try out a different agency. I don’t want to leave NASA, but I would like to see how other government agencies work outside of NASA,” she said, citing agencies like the Department of Defense, Department of Energy, or NOAA. “I just feel my view of the government as a federal employee is very one-sided. I’ve only worked at NASA, and I want to see the bigger picture.”