Back to Top
Home/APPEL News/APPEL News Digest/Masters with Masters: The Ongoing Evolution of Lessons Learned at NASA 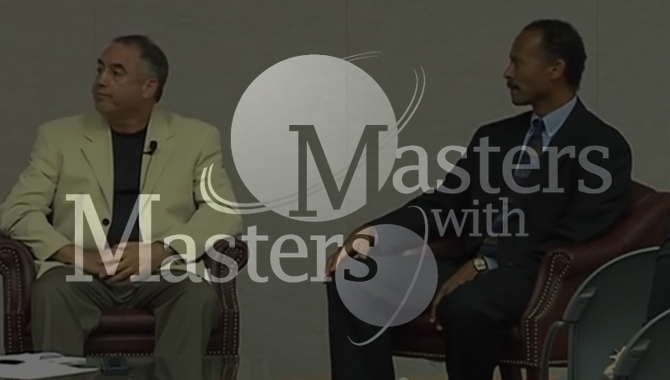 How can NASA capture, share, and leverage its wealth of lessons learned to enhance the effectiveness of future work? Two Chief Knowledge Officers explored the issue.

The men agreed on the importance of capturing lessons learned from past missions to benefit future endeavors. “You’ve got to capture the knowledge so that it can be used next time,” said Oberhettinger. “You don’t want to fail over the things that you supposedly knew how to do.”

Over the decades, the focus of NASA’s lessons learned effort has expanded from learning from past problems to examining prior successes as well. Originally, said Bell, “When people thought about lessons learned, they usually thought about failures…let’s sit down and talk about what went wrong.” Now, he explained, “As project managers and designers are starting up a new spacecraft or a new design, they need to look to the past and look to other places for what can they incorporate into a design to make it better, to improve upon it.”

Methods of capturing lessons learned at the agency have evolved, too. NASA still benefits from the robust Lessons Learned Information System in which such lessons are preserved for the entire agency. But opportunities for passing on experience-based lessons go far beyond the online capability. “Previously, writing up the lesson and putting it in the lessons learned database was thought of as the only method,” said Bell. Now sharing lessons learned can take place across a variety of venues, such as mentoring, networking, and informal storytelling, as well as through formal case studies, course work, or interviews.

At JPL, lessons learned are infused into procedures and training. “[W]e have two documents that are our engineering Bibles: our design principles and our flight project practices,” said Oberhettinger. What JPL did, he explained, was to cross-reference lessons learned throughout the documents, giving readers the opportunity to explore and better understand the rationale for why things are done a particular way.

Both men encouraged people to take advantage of the lesson-learning opportunities right in front of them at their centers. “There’s a fellow at JPL that’s—I’d have to say maybe he’s one of our crown jewels,” said Oberhettinger. “He’s been working at JPL for over 50 years, and much of the institutional knowledge at JPL is in his head. So what he does is he always eats every day, takes lunch, at the JPL cafeteria. And he makes sure that the seat across from him is empty…The idea is that people will sit down there and engage him in conversation, and ask him questions, because he has this wealth of information. And some of it isn’t just data. Some of it you have to get the full flavor of it—you know, storytelling. So I would encourage young professionals: [if you] see someone like that at the KSC cafeteria, grab a seat next to them, introduce [yourself], say, “Hi, I’m new here, this is what I’m doing,” and ask the guy a couple of questions. Someone with gray hair.”

View this Masters with Masters event on the APPEL YouTube channel.