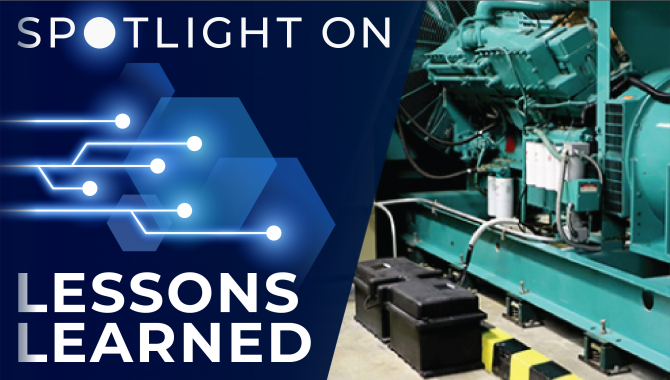 A lead acid battery used to start an emergency generator burst for no apparent reason and spread sulfuric acid near the generator. On May 17, 2010, the shell on the Generator No. 1 start-up battery broke and left acid and fragmentation in the area around the diesel generator.

No personnel were in the generator room when the battery failure occurred, and there were no injuries. However, IV&V personnel routinely access the generator room for reasons other than maintenance and cannot be expected to recognize the presence and potential hazards of dangerous battery failures at undetermined times. As a result of the battery explosion, preventive maintenance schedules were revised to include increased checks and ensure appropriate barriers are purchased or constructed to prevent personnel exposure to battery faults for all generators.

The generator was not in the process of start-up at the time of the 2010 incident. Connections were verified, proper ventilation was ensured, and proper charging voltage/amperage was confirmed. The root cause of the battery explosion was not determined. 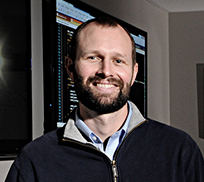 IV&V CKO Jeff Northey on the importance of this lesson learned:

This lesson is broadly applicable because most government facilities have backup power systems that include the use of lead acid batteries for start-up of emergency generators and uninterruptable power systems. The chance of this occurring at other sites is high. Our hope is that by sharing this lesson learned with not only NASA but also our industry partners, we’ll increase awareness and potential solutions or preventive measures.

Watch a video about the battery explosion lesson learned