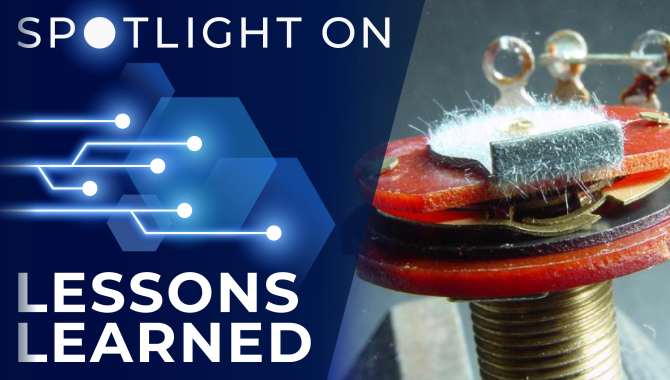 An investigation into the cause of intermittent electrical shorts on the Cassini space probe over a six-year period determined they were most likely due to the presence of tin whiskers.

Pure tin finishes are susceptible to the spontaneous growth of single crystal structures known as tin whiskers, which can cause electrical failures ranging from parametric deviations to catastrophic short circuits.

NASA’s Jet Propulsion Laboratory (JPL) isolated several Cassini electrical shorts to the Cassini Plasma Spectrometer (CAPS) analytical instrument and requested a NASA Engineering and Safety Center (NESC) investigation. The NESC investigation determined the presence of tin whiskers on tin-plated metal cans of transformer components on a circuit card within the CAPS instrument was most likely the cause of the electrical shorts.

Knowledge of tin whiskers and methods to mitigate them have been known for decades and policies are in place to address the issue. Even with these actions, the condition continues to occur within NASA systems. The NASA technical community and commercial space enterprises need to have continued awareness that tin whiskers still cause failures on existing spacecraft and may be found on new systems. 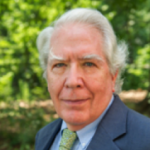 People are still getting failures caused by tin whiskers — either electrical short circuits that lead to intermittence or sometimes, if the voltage is high enough, metal vapor arcing that could create serious havoc and destruction. We have known about damage from tin whiskers since 1952 when a Bell Labs report identified tin whiskers and zinc whiskers as the cause of shutting down sections of the long-distance phone lines in the U.S. Even after 70-plus years of studying, we still do not know how to predict the density with which a coated surface will grow whiskers. There is at least one factor that we have not pinned down. Not all tin-coated surfaces grow whiskers. On an average, perhaps 10 to 30 percent do grow at least some whiskers, and perhaps 10 to 30 percent of these lead to electrical short circuits.

The Space Shuttle Endeavor was infested with tin whiskers. The company responsible for plating printed circuit board card guides for Endeavor sought and received approval from NASA to reduce costs by plating with pure tin instead of leaded tin, which was used in previous shuttles. Tin whiskers were growing from the clamps that hold down the edges of the power boards, or circuit boards. And we’ve got pictures showing tin whiskers growing out from the tin-plated card guides and reaching out and touching some of the electrical components. The parts on the board were coated with a very thin layer of insulating plastic — thinner than a piece of paper — and the whisker bent rather than push its way through that thin layer.

This situation went on for 19 years and many tests were passed and there were no problems in flight. No tests were failed until one day one of the ground tests failed. And it failed because a detached tin whisker had found a pair of locations it could lay across and produce a short circuit. So, the conformal coating got us through 19 years. We estimated 100 million tin whiskers threatening the health of that shuttle and not one of them did so until that test 19 years into its lifetime. So, conformal coating can be your friend.

The shuttle was marvelously redundant, and the odds are very good that if this particular short circuit that happened at a ground test happened during flight, that unit would have been very promptly taken offline and replaced by a backup unit. But if that process stumbled during the launch phase, then we could have had loss of vehicle and crew.

My best advice on how to avoid tin whiskers is, ‘Don’t use tin.’ But if you have to use tin, then use a conformal coating — a coating that adjusts or conforms to follow the shape of the parts. Paint will do that.

Metal whiskers can grow not only from tin coatings but also from surfaces coated with cadmium or zinc, and all of them are dangerous. Zinc and cadmium coatings are as deadly as tin coatings and have caused much catastrophic damage. It’s important to learn the signs of whisker growth so that it can be recognized quickly.