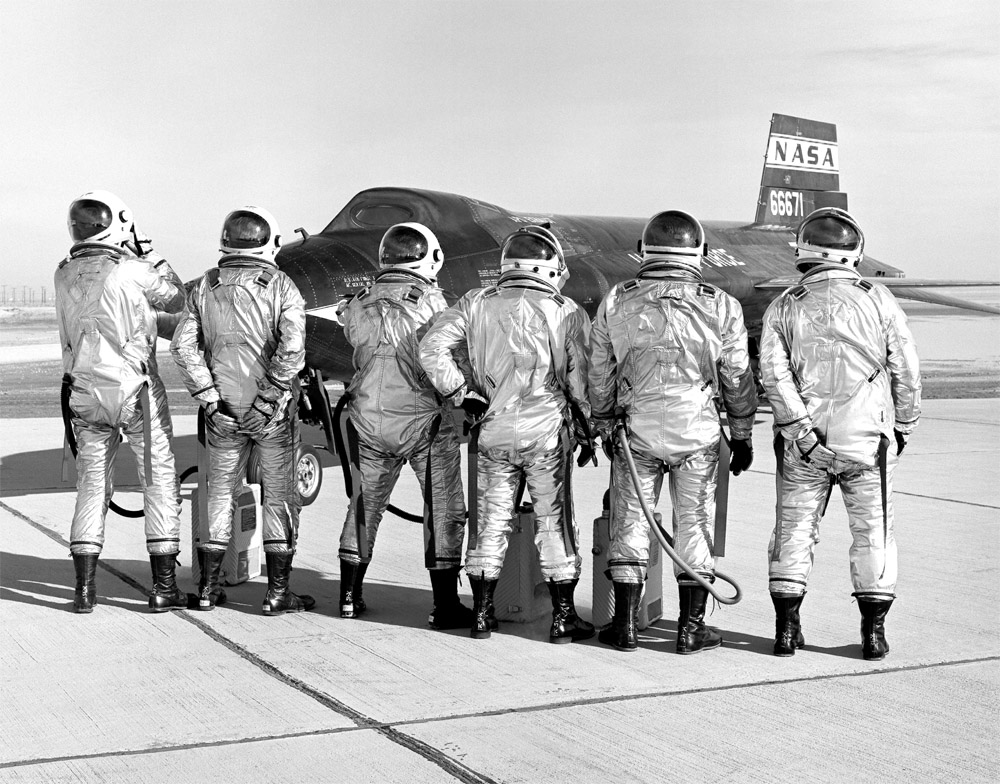 The X-15 program, which ran from the mid-1950s through the late 1960s, sought to learn more about the problems and possibilities of hypersonic flight and human spaceflight. At first glance, the research-focused rocket planes of the X-15 project may appear to have little in common with the space shuttle, which launched nearly a decade and a half later and served NASA for 30 years. Yet in several regards the space shuttle was heir to the X-15 program. As the first reusable fixed-wing lifting-reentry spacecraft since the X-15, many of the technologies developed for the X-15 project were incorporated into the shuttle’s design and operational techniques.

In a speech during the thirtieth anniversary celebration of the first X-15 flight, Charles J. Donlan—Deputy Director of the Langley Research Center during the X-15 years—said the X-15 program “established such widespread confidence in aerodynamic, thermal, and structural areas that new designs for operation aircraft for any speed regime could be expected to be successfully achieved if good use was made of all pertinent test facilities and analytical methods. This philosophy guided design of the space shuttle. And this is, in my opinion, the real legacy of the X-15.”