Back to Top
Home/8/ASK Magazine/From the APPEL Director: Something Special
Dr. Edward Hoffman

Some of my best decisions have come from a gut feeling that tells me, “This is right.” They spring from ideas that I know in my heart are true and important. As it’s a straight shot from heart to gut, and since you can’t do anything about gravity, I guess that’s why they always end up in my gut.

Well, my gut feeling about the APPL Knowledge Sharing (KS) effort is that something special is taking place. And it’s not just my gut. There is plenty of interest and excitement to go around.

Communities of Practice
We have received numerous requests for members of the KS Team to give presentations about what we’re doing. A recent Knowledge Management Roundtable at NASA Headquarters drew record-setting attendance for the event. A few weeks later, I was invited to give a presentation for the Census Bureau. Ron Taylor, a senior leader of the organization, had requested the presentation. I was looking forward to a group of about 20 people or so. As it turned out, the auditorium was packed. Nearly 300 people were in attendance. They were excited about what we’re doing and wanted to pick my brain as to how they could establish something like our KS effort in their organization.

She mentioned reading a story by Marty Davis of Goddard Space Flight Center and following up with him to gain ideas for applying his approaches to her project.

I also recently had the opportunity to address 120 participants of the Navy’s Defense Leadership and Management Program. As part of the presentation, I asked the participants to generate and discuss their own success stories. I asked for two volunteers to share theirs with the rest of us. I listened and hoped that the examples would demonstrate the power and wisdom of practitioner-generated stories. No need to worry; the stories were wonderful. My only disappointment that day was not having enough time to hear more stories from the group.

In My Own Backyard
Several months back I was conducting a presentation on “What the Academy Is Doing” to a group of project practitioners at Glenn Research Center in Ohio. In the middle of my discussion, a project engineer mentioned that what she really appreciated was ASK Magazine. She mentioned reading a story by Marty Davis of Goddard Space Flight Center and following up with him to gain ideas for applying his approaches to her project. Several managers also mentioned the usefulness and wisdom contained in the ASK stories by their colleagues across NASA.

As I have mentioned in the past, I am thrilled at the way KS has been received at Ames Research Center in California under the guidance of Claire Smith. 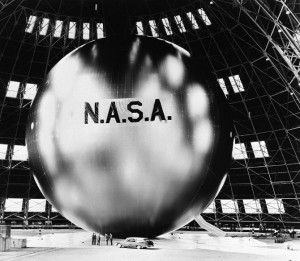 Increasingly, the KS Team is focusing on Center-specific activities that have included workshops and visits to Kennedy Space Center, Johnson Space Center, Goddard, Glenn, Marshall and Ames. Interest in the effort is further underscored by recent information that the KS portion of the APPL website has received thousands of hits over the past month. Indeed, something special is going on.

Flying with Talent
I have always been a believer that if you want a solid measure of outcomes and benefits, simply look around and see who you are flying with. It’s possible to attract talent once or twice, but if class continues to show up at the table that means you are serving them the right stuff. The most amazing part of this effort has been the tremendous amount of NASA talent, experience and wisdom that appear again and again. In addition to our NASA colleagues, we have had increasing amounts of collaboration with leaders from external organizations like Proctor & Gamble, US Air Force, IDEO, AOL, and Boeing. Busy, talented people don’t show up just for the free food. Okay, maybe a few.

The KS effort has only been going strong for a little over a year. It is probably a little early to tell but on the whole it feels like the best thing I’ve been part of in my twenty years at NASA. And believe me, I have had a wonderful twenty years.