Back to Top
Home/39/ASK Magazine/The Big Dig: Learning from a Mega Project 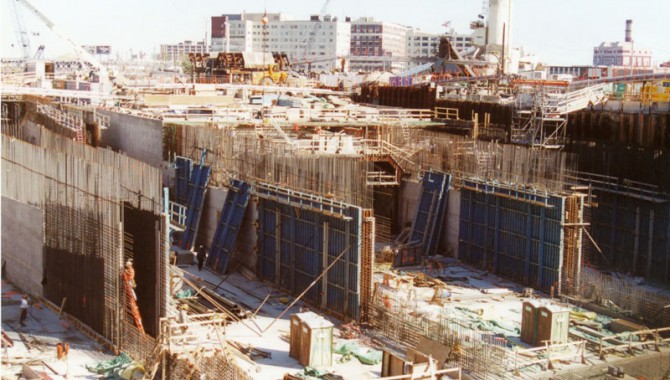 Boston’s Central Artery/Tunnel Project, commonly known as the Big Dig, was the largest, most complex, and most technically challenging highway project in American history. 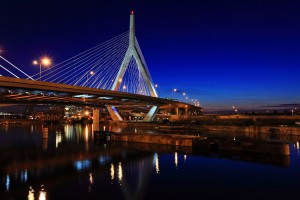 Larger than the Panama Canal, the Hoover Dam, and the Alaska Pipeline projects, it was built through the heart of one of the nation’s oldest cities. Its list of engineering firsts include the deepest underwater connection and the largest slurry-wall application in North America, unprecedented ground freezing, extensive deep-soil mixing programs to stabilize Boston’s soils, the world’s widest cable-stayed bridge, and the largest tunnel-ventilation system in the world.

The Big Dig is also famous for cost increases. Its initial estimated cost was $2.56 billion. Estimates increased to $7.74 billion in 1992, to $10.4 billion in 1994, and, finally, $14.8 billion in 2007—more than five times the original estimate. The reported reasons for the cost escalation included inflation, the failure to assess unknown subsurface conditions, environmental and mitigation costs, and expanded scope. Mitigation alone required 1,500 unanticipated, separate agreements.

The Big Dig was led by Bechtel/Parsons Brinckerhoff, one of the largest and most experienced teams in infrastructure design and construction. Extensive environmental feasibility studies, risk assessments, and other documentation were completed prior to the project’s start. Nonetheless, costs increased across all contracts throughout the project’s life cycle despite enormous efforts to transfer, mitigate, or avoid risk and contain costs.

In other words, things can go dramatically wrong despite the best efforts. Few infrastructure projects have used as many innovative tools and programs to control project risk and cost as the Big Dig. These included an owner-controlled insurance program that saved $500 million by providing group coverage for contractors, subcontractors, and designers and an unprecedented safety program; a cost-containment program that saved $1.2 billion; an integrated audit program that identified and mitigated existing and potential overruns and delays; a labor agreement that established a no-strike, no-slowdown guarantee for the life of the project; a quality-assurance program that was recognized by the Federal Highway Administration as one of five noteworthy accomplishments; and a dispute-resolution process that avoided extensive litigation costs.

To address major problems in mega-project management, Boston University, through its Mega-Project Research Program, has begun researching mega projects to help understand current practices, develop new practices and frameworks, and learn how to prevent or reduce risks before they cause serious problems or even project failure. Our research on the Big Dig has shown us that no single catastrophic event or small number of contracts caused costs to escalate. Multiple decisions by project management across all contracts contributed to the increases. The critical cause was a lack of experience and knowledge about dealing with the complexity and uncertainty that giant projects bring with them.

Using preliminary Big Dig data, we studied the impact of inflation, often claimed to be a major cost-escalation factor. The Big Dig reported that about half the cost growth was caused by inflation, but official inflation rates over the life of the project do not support the claim. Some of the increase can be attributed to an unrealistic initial cost estimate. Research shows that mega-project costs are consistently underestimated, a practice often attributed to the desire of project advocates to have their projects approved. 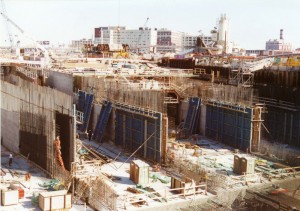 The most difficult problems on the Big Dig involved the means and methods used to address issues raised in the project’s design and drawings, and the failure to properly account for subsurface conditions during the construction process. Project documents show that the challenges of subsurface conditions were substantially underestimated. The sheer size of this project and the fact that construction occurred in a busy city resulted in having to deal with many unanticipated conditions and a large volume of claims and changes.

The surprises included uncharted utilities, archeological discoveries, ground-water conditions, environmental problems, weak soil, and hazardous materials. The project faced safety and health issues, frequent design changes, and changes in schedules and milestones. The unexpected discovery of 150-year-old revolutionary-era sites and Native American artifacts was one surprise complication and source of delays, requiring approvals from yet another diverse set of stakeholders, including historical and preservation organizations and Native American groups.

To protect against losses caused by the disruption and failure of underground utilities, a Big Dig utility program relocated 29 miles of gas, electric, telephone, sewer, water, and other utility lines maintained by thirty-one separate companies in 1996. Some of this infrastructure was more than 150 years old; a complete lack of knowledge on the age, condition, and location of most of the utilities required submission of “as-built” drawings by all project contractors—drawings of existing conditions rather than planned or proposed construction. The project had to deal with utilities that were shown on as-built drawings but never installed, and damage and flooding caused by underground sewer pipes not identified on the drawings. With large buildings located within feet of construction, the risk was high that damage to the infrastructure would shut down the operations of Boston’s major financial centers. One wrong move could have shut down the Federal Reserve Building and affected the country’s financial system for days, months, or even years.

True integration calls for a design-build model from the beginning of the project. Because contracts were negotiated separately with designers and contractors, there was little room for collaboration among the project’s most important stakeholders. Under a design-build model, designer and contractor are retained at the same time, developing a strong working relationship from the start through shared goals and methodology.

During the span of the project, 5,000 miles of fiber-optic cable and 200,000 miles of copper cable were installed. This required more than 80,000 hours of construction and 5,000 construction workers operating 24/7. Between 1996 and 2000, the rate of utility damage decreased 86 percent, with cost savings approximated at $50 million. Despite many problems and risks, the utility program improved safety, quality, schedule, budget, insurance costs, and public relations.

The Big Dig relied heavily on a collaborative, integrated project management team that involved all participants in decision making. Unfortunately, the Big Dig’s project organization was not fully integrated until July 1, 1998, when design of the project was 99 percent complete and construction was 45.9 percent complete. If there is a single cause for the massive cost escalation on the Big Dig, it probably involves the management of the project’s complex integration.

Integration problems were exacerbated by the project’s organizational structure, which separated design from construction through its traditional design-bid-build model and required managing thousands of stakeholders. True integration calls for a design-build model from the beginning of the project. Because contracts were negotiated separately with designers and contractors, there was little room for collaboration among the project’s most important stakeholders. Under a design-build model, designer and contractor are retained at the same time, developing a strong working relationship from the start through shared goals and methodology.

Problems in integration resulted in part from the sheer number of internal and external stakeholders, their interactions, and the ever-changing dynamics of managing the relationships. Each of the Big Dig’s 110 major contracts involved intensely complicated technical, legal, and economic issues and numerous processes and procedures as well as a complex regulatory scheme. The Big Dig may have suffered not from too few processes and procedures, but too many complex processes that made it difficult to monitor and enforce in a uniform manner.

In the early phases of the project, there was little communication between and among many of the internal and external stakeholders, other than an impressive outreach to the local community, particularly residents living close to several of the project’s major worksites. Community and social costs were vastly underestimated on the Big Dig. No one ever envisioned the full cost of dealing with the media, community interests, numerous regulatory agencies, auditors, and neighborhood stakeholders.

The government served in a dual role as regulator and owner of the Big Dig. The project organizational structure required that some managers report directly to the governmental owner, while other managers reported to the project’s design and construction program manager. A truly integrated project should centralize decision making and accountability for all core functions of the project.

The Value of Partnering 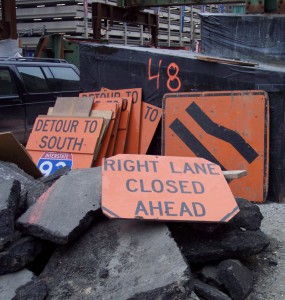 The concept of “partnering” was first used by DuPont Engineering on a large-scale construction project in the mid-1980s, and the U.S. Army Corps of Engineers was the first public agency to use partnering in its construction projects. Partnering is now widely used by numerous government and construction entities around the world. It involves an agreement to share project risks and to establish and promote partnership relationships. Partnering is a team problem-solving approach intended to eliminate the adversarial-relationship problems between owner and contractor by focusing on mutual interests with the help of a neutral facilitator. On the Big Dig, partnerships were used to improve schedule adherence, quality, safety, and project performance, as well as to reduce costs, claims, disputes, and litigation.

Here’s one example. Big Dig leaks, which delayed construction, often had several causes and flow paths. Assessing responsibility for leaks in the Fort Point Channel tunnel area, government lawyers, aided by an independent expert engineer with substantial marine geotechnical experience, spent more than two thousand hours trying to establish the exact cause of the leak, but could not do so with certainty. The leak was attributable to unexpected site conditions and to contractor performance issues compounded by pressure to complete the job quickly. To avoid costly litigation, the Metropolitan Transit Authority decided to mediate the issue before two sitting judges on the Armed Services Contract Board of Appeals. The mediation process took three months and succeeded in convincing the parties that liability should be shared between the owner and the contractor.

Partnering requires focus on determining the root cause of problems, not assessing blame.
Given the scope and complexity of the Big Dig, experts have concluded that the project would have been simply unmanageable without partnering. Though the benefits of partnering on the Big Dig have not been quantified, there is sufficient data to support the conclusion that partnering contributed significantly to the reduction of claims and the avoidance of expensive and time-consuming litigation.

These are the most important lessons about partnering learned from the Big Dig experience:

Learning from the Big Dig

Mega projects will always struggle with unforeseen events, massive regulatory requirements, technical complexities, community concerns, and a challenging political environment. What we have learned from the Big Dig can help future large projects. Of the many lessons this huge undertaking has provided, these are the major ones: