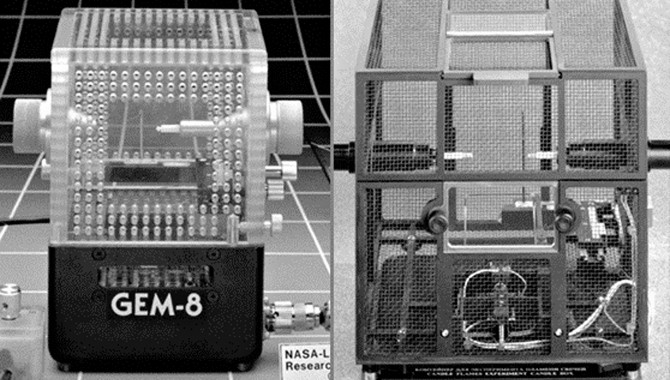 Intentionally igniting a fire inside the Space Shuttle might seem like a bad idea, but done safely and correctly, it could answer all sorts of seemingly simple questions, such as, “Would a candle burn in zero gravity?” Several university doctoral programs had asked this very question for years, and nobody—not even microgravity-science experts—could agree on an answer. What we never expected was that the answer would lead to even more answers, and some remarkable scientific discoveries and advancements.

What started as a trivial hallway conversation between me and a couple of grad students eventually grew into something more concrete. My colleagues, Dr. Daniel Dietrich of Glenn Research Center and Professor James T’ien of Case Western Reserve University, presented the idea as a simple high-school education experiment when, in fact, we didn’t know the answer ourselves. The idea sold. 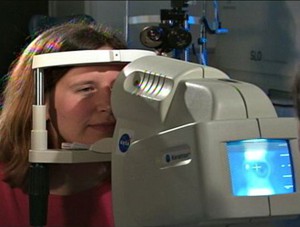 This still capture from a video shows a probe that incorporates light-scattering technology being tested at the National Institutes of Health.
Photo Credit: NASA

Since the shuttle had flown so few combustion experiments, we had to put the candle inside a nonflammable Lexan box, which was then placed inside a glovebox already installed on the orbiter. We drilled some holes in the candle box (the candle needs oxygen to burn), included a hot-wire igniter for the crew to operate, and away we went.

What we discovered was a candle would indeed burn in 0 g: unlike lit candles on Earth, it had a round flame, except near the bottom where the candle wax quenched it. It burned for about 45 seconds (we had a bet going about how long it would burn; I lost—I had 20 seconds, Dan had 40 seconds). But later we realized the time it burned may have been limited by the number of holes in the box, preventing oxygen from the glovebox from easily getting to the flame. Would the candle burn longer if we used a different design?

We had also wanted to study two candles facing each other (unlike a birthday cake where the candles stand next to each other in parallel lines, here the candles were on a single line with the wicks facing each other). To our surprise, we learned that once we lit one candle, we couldn’t light the other, because the oxygen concentration near the second one was too low—the first candle effectively used up the necessary amount of oxygen.

We were lucky to get a chance to try the experiment again on Mir, and the Russians allowed us to switch from a Lexan box to a wire-mesh one, which was much more open. But they required us to fly oxygen sensors with the experiment if we wanted to get it on board. We used commercial off-the-shelf sensors. They didn’t work well in flight, but their mere presence did allow us to get approved and onto Mir.

This time we learned that a candle that burned for about 10 minutes on Earth burned for 45 minutes (not seconds!) in space once we got rid of the Lexan box. The flame was incredibly weak (about 5 watts in space compared with 50 watts here on Earth), but it could survive a very long time. 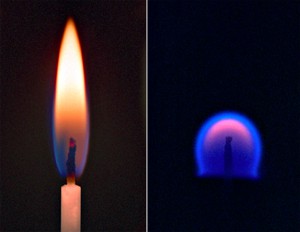 A candle burning on Earth (left) versus in microgravity.
Photo Credit: NASA

During the experiment with the wire-mesh box, we asked crewmembers to turn the lights on and off. What we found when we did that is all the candle wax had melted, but it didn’t drip off the candle because there was no gravity to pull it down. With the lights off, it was possible to see these incredibly fast, thermal, capillary-driven flows—essentially aerosol spray—inside that wax melt.

At the end of one of these Mir experiments, Astronaut Shannon Lucid turned on the lights and said, “I see something that looks like a dandelion there, sitting there. I will take a picture of it, as well as make a drawing of what I see, in case the camera fails.” This happened right after the flame went out. Now, on Mir, you had 10 minutes of communication (“comm”) time followed by 70 minutes of no communication. So right at the end of her comm she said, “Can you tell me what that is?” Suddenly all the lights lit up from Moscow with people (especially those in safety) wanting to know, What is that thing? In the 70 minutes we had, we came to the conclusion it was a fog of condensed water vapor, which we told to Shannon and those in safety, and everyone seemed satisfied. Months later, when we saw the pictures and video, we came to a different conclusion: it was probably a cloud of condensed candle wax. Once the flame went away, the aerosols inside the wax melt condensed into a little round ball of flammable material.

So you start by wondering, “Will a candle burn in 0 g?” and you end up eighteen years later helping pilots understand their physiological status when flying at high altitude.

Fortunately at the time, when her comm time came around again, we told Shannon to turn on the fan inside the glovebox to blow the cloud of material into a filter in the glovebox. The whole event served as a realistic reminder of the need for careful post-fire cleanup operations. From this we learned that if there ever were a fire on a spacecraft, the crew would need to worry about the safety of their operations even after the fire was out.

Later, there was a chance the agency would let us fly the experiment again. Since the oxygen sensors had not worked, we really wanted to know what the oxygen concentration was while the candle burned. We couldn’t find sensors that were minuscule enough to avoid hurting the delicate flame in 0 g that were also reliable over a wide temperature range, so we ended up building our own oxygen sensor. The same was true for the carbon-dioxide concentration: we designed, built, and tested our own non-intrusive sensor to measure the CO2. We were all set to fly, but the flight opportunity got canceled. 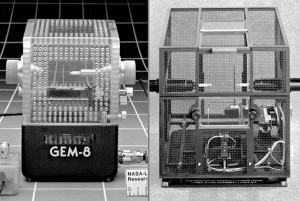 A Lexan box (left) from the original candle experiment and a wire-mesh box later used on Mir.
Photo Credit: NASA

Dan began to wonder what else we could do with what we had created. Somebody said, “Well, you need to know oxygen and carbon dioxide concentrations for metabolic analysis during exercise, and our sensors are really small—could we integrate them into a mask?” So he led a team that did just that. He began talking and working with a doctor at University Hospitals in Cleveland, Ohio. The resulting Portable Unit for Metabolic Analysis, or PUMA, ended up weighing less than two pounds and could collect and transmit data wirelessly in real time.

Fast-forward a number of years and a number of tests—we showed it to flight surgeons, demonstrated it could work at 2 ½ atmospheres underwater during NASA Extreme Environment Mission Operations—and eventually a private company and the U.S. Navy became interested. Today, PUMA has been successfully used for testing oxygen and carbon dioxide concentrations, monitoring metabolic analysis, and testing for hypoxia in pilots flying at high altitudes.

So you start by wondering, “Will a candle burn in 0 g?” and you end up eighteen years later helping pilots understand their physiological status when flying at high altitude. Along the way, our descriptions of this silly little experiment packed the house at combustion-science symposiums where, honestly, much more important research was being discussed. Scientific American carried a photo of the Mir flame, and references were made to it in the Encyclopedia Britannica’s annual updates. Professor T’ien tasked graduate students with modeling what was happening with the 0 g candle flame, and this effort proved far more challenging than anyone imagined.

From Fire to Fluids

Another experiment made possible by the Space Shuttle started by wondering how colloids—the small particles that float around in paints, shampoo, soaps, detergent, milk, etc.—actually aggregate, or condense. On Earth, they tend to sediment over time, so producers of these products need to acquire stabilizers to help keep the colloids in place. But would they exhibit the same behavior in space? 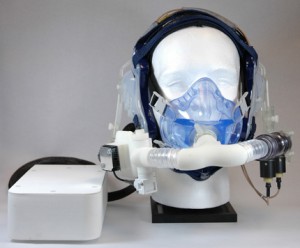 When we flew them on board the shuttle, the colloids created weird, treelike dendritic structures not normally seen on Earth. Some things that had never previously crystallized actually crystallized in space. And when the colloids did separate from each other, they did so under conditions completely contrary to the theory being used at the time. They would segregate under conditions far different from what anybody predicted.

During one of those experiments, Rafat Ansari, a project scientist who looked at the light scatterings where we measured particle concentrations, discovered that what he was seeing acted the same way as his father’s cataracts. Rafat realized that a cataract is simply a collection of particles that have come together just like the colloids he was seeing in space. He used the measuring technology that we flew in space, miniaturized it, and started applying it to see if he could detect the formation of cataracts very early on. Turns out, he could detect it—ten times sooner than any other device that existed on the market at the time. In 2003, the National Eye Institute featured this device to Congress. And in 2009, it wasn’t just the National Eye Institute but the entire National Institutes of Health citing it as one of their top six technology advances in the past year.

Afterward, I asked Rafat why he became a scientist. He told me that when he was a seven-year-old in Pakistan, he saw people walking on the moon, and he said, “That’s absolutely amazing. I want to go into science because of that.” Human spaceflight touches people in ways we don’t expect.

These are just a few examples of how scientific curiosity, no matter how trivial it may seem at the beginning, can manifest itself in unexpected ways. This is an important aspect of science in general: what you learn along the way can end up being applied very differently than you ever anticipated. And space also teaches us to think differently, which makes those who work on these experiments a needed commodity even in environments outside space.

If there is any lesson in all of this, it’s to not be afraid to ask what seems to be a really simple question; you never know where it will lead. And always look at your own life for motivation to create solutions to common problems.

The Space Shuttle played a big role for thirty years in helping foster scientific discoveries and technological innovations such as these. The International Space Station and countless other missions will help us continue to do so in the future. As long as scientists continue to ask questions, and the space program flies the resulting experiments, big discoveries can come from very small beginnings—and the impact of human spaceflight can continue to surprise us.

Each time we flew it felt like a personal Olympics: years of preparation for a few moments or days when proof would be forthcoming on whether our efforts—and yours—were worthwhile. I can say unequivocally and in every case, yes, they were. I want to thank everyone who played a part in making the shuttle fly so successfully for so long. I will always be grateful to all of you.

Howard Ross is currently the chief technologist at Glenn Research Center, as well as the director of the Office of Technology Partnerships and Planning. Among his previous roles, he once served at NASA Headquarters as deputy associate administrator in the Office of Biological and Physical Research and helped select many spaceflight experiments that flew on the Space Shuttle and International Space Station. This assignment was based on his service as a principal investigator and project scientist on many microgravity experiments.