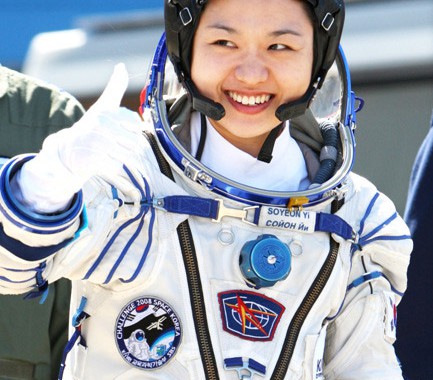 For Dr. Soyeon Yi, the first South Korean astronaut to fly in space, her mission was a national accomplishment, not a personal one. 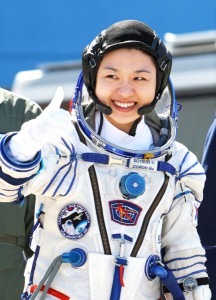 Soyoen Yi was selected from among 36,000 applicants to serve as her nation’s first astronaut. She flew on Soyuz TMA-12 to the International Space Station (ISS) on April 8, 2008, returning to Earth 10 days later. While aboard the ISS, she conducted 18 scientific experiments, including one that monitored the effects of microgravity on 1,000 fruit flies that she transported into space. She currently serves as a senior researcher at the Korean Aerospace Research Institute (KARI) and an adjunct professor at the Korea Advances Institute of Science and Technology (KAIST).

ASK The Academy (ATA):  You were a scientist before you were an astronaut. What was your area of study for your doctorate, and how did it get you to the space program?

Soyeon Yi (SY):  I was a grad student when I applied to the astronaut selection process. Originally, I was in the Mechanical Engineering department, but for my Ph.D, I transferred to the Bio Systems department. Even though I transferred departments, I did almost the same research, since I was working with BioMEMS (micro-electro mechanical systems) for my Masters in Engineering. My Ph.D. thesis was about how to develop micro-machines to separate DNA molecules by their sizes.

ATA:  When you applied to the astronaut program, was that something you had dreamed of earlier in your life?

SY:  No. Of course, when I was a kid, whenever I watched a sci-fi movie or animation, I dreamed about being an astronaut or flying in the universe, but it was totally the same with other ordinary kids. No more and no less. As I grew up in Korea, I was sure that, it was impossible to have those kinds of jobs. Maybe only Russians or Americans.

ATA:  What was it like going from being a graduate student to training with your Russian colleagues?

SY:  It was like a miracle. Actually, when I read an article about astronaut program, I thought it would be cool, but I couldn’t even imagine that I would make it. However, I thought, at least I want to try—to make history in Korea and taste what’s happening in space and tell that unique story to my friends or kids. Of course, I was sure that I would be eliminated after several rounds. 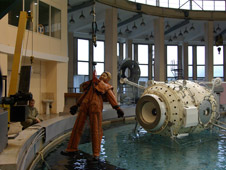 ATA:  The odds were very steep. What was it like training in Russia?

SY:  I’d never been in Russia at all, and it was not a familiar country to me. I didn’t even know the Russian alphabet when I left [Korea], so it was a totally new world for me, even besides the training. One of the toughest things was to learn the Russian language. At first, the culture and the reactions of people were unusual, but as time went by, I realized they are all just people like me. Most of all, the military base was a totally strange place to me. Most Korean guys have a military service obligation, but I’m a woman, so I’ve never been on a military base at all. I stayed in a military area for a year for the training.

ATA:  When it was time for your flight, did you feel prepared by the training?

SY:  All the things were going according to a strict schedule, and I just followed them. You know, if you face something really huge, you cannot even think about whether you can handle it or not. Just do it.

ATA:  When you were in space, you did a lot of experiments. Which seem like the most significant now?

SY:  From a Korean point of view—not only at that time, but also now—the experiments [with implications] for educating kids and students were the most meaningful and important. I was the first, and have responsibility to support the next [generation], so it was most important as a scientist [to realize that] all the experiments were the first trial of the Korean people. I felt a really huge responsibility: how I can get the work done, and then how I can inspire and make the Korean people think it’s necessary to do more and more? I hope the Korean people think that my one trial is just the beginning. Only after doing more can it have real meaning.

ATA:  Since your flight, you have been a space ambassador as well as a scientist, right? What is your job like today?

SY:  Officially, I’m a senior researcher in KARI, but my real job is a little different. I travel a lot, not only in Korea, but also abroad. I love to give public lectures, and it’s really exciting to inspire kids. Sometimes, I feel, people support and like me more than I deserve.

ATA:  Do you speak at schools very often?

SY:  Right after the flight, I had a public lecture almost every day, but nowadays it’s maybe once a week.

ATA:  What do you look forward to accomplishing in the future?

SY:  I had a dream after my flight that one day, an engineer or scientist or winner of a Nobel Prize would get asked by other people, “What makes you to do this?” And he or she might answer, “When I was a kids, I watched TV and the first Korean astronaut was flying on the ISS and doing experiments there—it was really exciting! So I made up my mind I should be a person who does those things. I thought only Russians or Americans could fly to space, but she changed my mind, and [helped me see that] I can also do something great…. and finally I made it.”