Eleven years ago, the Government Accountability Office (GAO) issued a report about NASA’s effectiveness—or lack of effectiveness—as a knowledge organization. 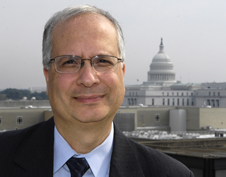 Conducting its audit in the aftermath of the failures of the Mars Polar Lander and the Mars Climate Orbiter, GAO found “fundamental weaknesses in the collection and sharing of lessons learned agency-wide.” GAO concluded that, “NASA needs to strengthen its lessons learning in the context of its overall efforts to develop and implement an effective knowledge management program.”

The GAO report spurred a new focus on knowledge across NASA. Many centers and mission directorates either initiated or formalized existing knowledge management efforts. This was a start, but it did not solve the issue overnight. Following the Columbia accident a year later, the Columbia Accident Investigation Board wrote that, “NASA’s current organization has not demonstrated the characteristics of a learning organization.” The persistence of the problem showed that knowledge effectiveness depends on more than just systems for sharing lessons learned or best practices. It also requires an open culture in which people can speak openly about what they know without fear of retribution. There was more work to be done.

Today, NASA is a different organization than it was a decade ago. The importance of knowledge has been recognized throughout the agency. When tough programmatic decisions arise, leaders such as Chief Engineer Mike Ryschkewitsch encourage capturing those stories as case studies or articles that include rich context and quotes from multiple practitioners with divergent views. Painstaking efforts have been made to document the closeout of Space Shuttle and Constellation to preserve the invaluable knowledge developed in the course of those programs. Every center and mission directorate has either a chief knowledge officer or a point of contact to serve as the advocate for the knowledge needs of the organization’s practitioners. Cross-agency support organizations such as the NASA Safety Center and the NASA Engineering Network foster knowledge exchanges that connect practitioners throughout the agency. These interwoven threads are helping create a resilient knowledge organization.

We are not there yet. Knowledge is not universally accessible across organizational lines. Half the NASA workforce is eligible for retirement and could walk out the door with critical knowledge that has not yet been passed on to others. Young professionals at the other end of the career path have had fewer opportunities than previous generations at NASA to get hands-on experience.

So there is plenty left to do. But it has been a decade of real progress.