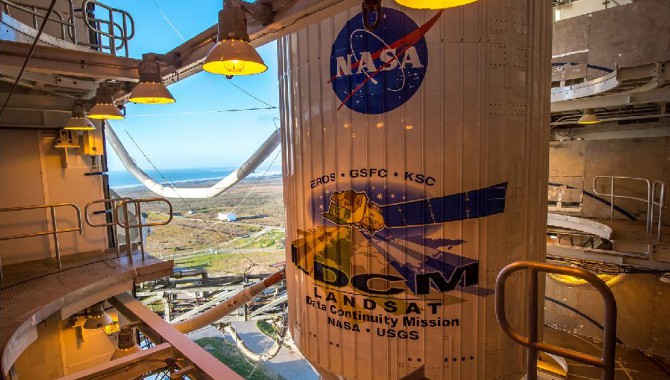 On Tuesday, February 12, 2013, the Landsat Data Continuity Mission (LDCM) launched into orbit. With it, the spacecraft carried two instruments: the Operational Land Imager (OLI) and the Thermal Infrared Sensor (TIRS). The LDCM mission is the latest spacecraft in the 41-year-old Landsat program and will continue the work of its predecessors, Landsat 7, which launched in 1999, and Landsat 5, which launched in 1993. The spacecraft is critical to monitoring, understanding, and managing Earth’s resources such as food, water, and forests.

Originally, LDCM was to only carry one instrument, OLI. However, the importance of having an instrument capable of providing water resource managers with measurements of Earth’s thermal energy for water management served as the impetus for adding TIRS. (Read more about what each spectral band maps.)

OLI builds off sensor technology flown on the EO-1 satellite. It has two new spectral channels, deep blue for coastal and aerosol studies and cirrus for cirrus cloud detection, which were added in response to a request by the Landsat user community.

While operating independently, the two instruments will capture and relay high-quality images of Earth becoming of the Landsat program.

Click below to view the infographic below to see the lines of instrument heritage that led to the development of the OLI and TIRS instruments. 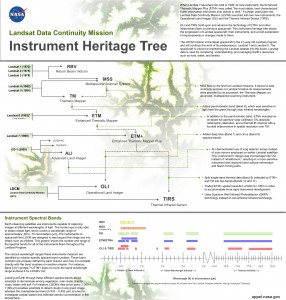