Back to Top
Home/6.3/ASK the Academy/Volume 6/ELK #2: Developing Talent in the Federal Workforce 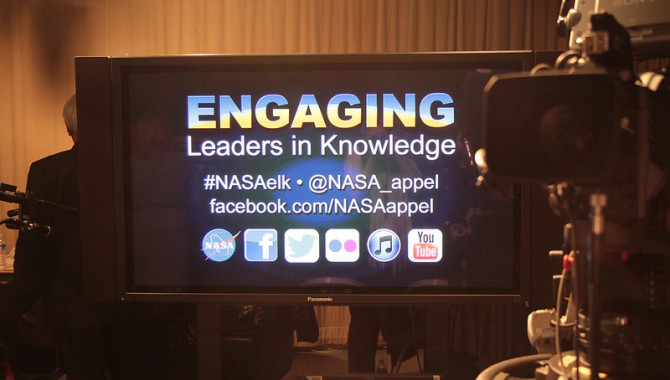 Leaders from NASA, FBI, OPM, and abroad discuss the relationship between talent management and organizational success.

On Thursday, February 28, APPEL’s Engaging Leaders in Knowledge series sponsored a live-streamed learning event on the topic of “Developing Talent in the Federal Workforce” from NASA TV’s studio at Headquarters.

“One of the things that I found in over 40 years in industry is the way senior management thinks and the way a program manager thinks are completely different from each other,” said Cooke-Davies. He attributes this to a difference in context. For senior management, an activity such as planning is generally conducted based on known or past experience. For a program or project manger, this same activity is founded on the unknown. “You don’t have a basis of a known baseline. You have your best guess of what is going to be need to be done in order to deliver it. That is a very different kind of activity,” said Cooke-Davies. “We might be looking at a situation where 50 percent of the work we do in the world is in the form of projects and yet only five percent of the people in the world are naturally cut out to do the kind of planning needed by a project.”

The panel addressed topics such as young professional development, online learning and training, and leveraging partnerships in a resource constrained environment. “Necessity is the mother of invention, but poverty is the mother of collaboration,” remarked Buchholz.

Cooke-Davies and the panelists fielded several questions from virtual participants through Twitter (#NASAelk), Facebook, and the NASA HQ UStream channel.

Watch the full-length videos from the second Engaging Leaders in Knowledge event and additional short clips featuring each ELK participant.

The work of the United States federal government has a real effect on people’s lives. The American people deserve a highly effective government that in turn requires an engaged, well-prepared, and well-trained workforce. APPEL’s second ELK event addressed this important issue with leaders from NASA, FBI, OPM, and Human Systems International.