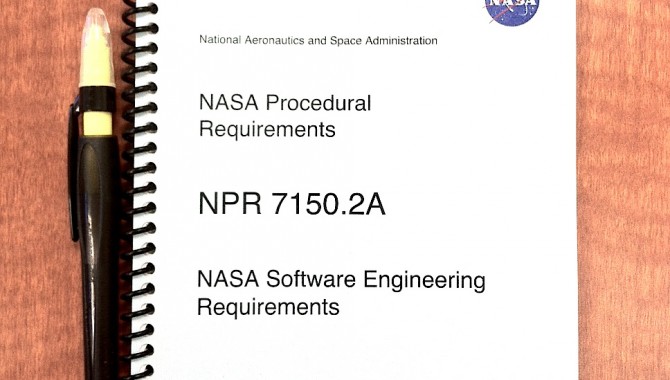 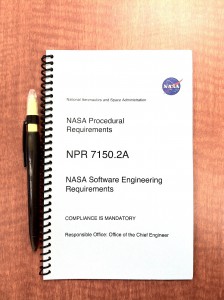 The SWEHB is a sort of hitchhiker’s guide to the 135 software engineering requirements in NASA Procedural Requirement (NPR) 7150.2. The handbook follows the model set by the highly regarded Systems Engineering Handbook in that it enables practitioners to gain further insight into requirements implementation, lessons learned, best practices, and access to other related resources.

The SWEHB, NASA’s first electronic handbook, was built using a wiki platform to enable collaborative authorship to a limited group and agency-wide review. Over the course of its two-year development process, anyone at NASA could see the handbook from the beginning and give feedback on the content. If a NASA employee wanted to provide input on the way something was written, a link to another resource, or call attention to a typo, they could simply leave a comment at the bottom of the page.

“In one month, we received over 100 comments from software experts across NASA, our team made over 300 approved online edits, and we had over 2,000 visits to the site from our review team,” said Jon Verville, a software engineer from Goddard Space Flight Center who architected the wiki system for the handbook.

The handbook serves as a successful test case for authoring and reviewing NASA handbooks in a digital environment.

“Somebody described it almost as a knowledge capture type of activity,” said John Kelly, NASA’s Program Executive for Software Engineering. “It’s as if all of a sudden NASA really knows what it knows.”

Later this spring, a version of the handbook will be made available publicly. Stay tuned for the full story on creating the handbook in the spring issue of ASK Magazine.