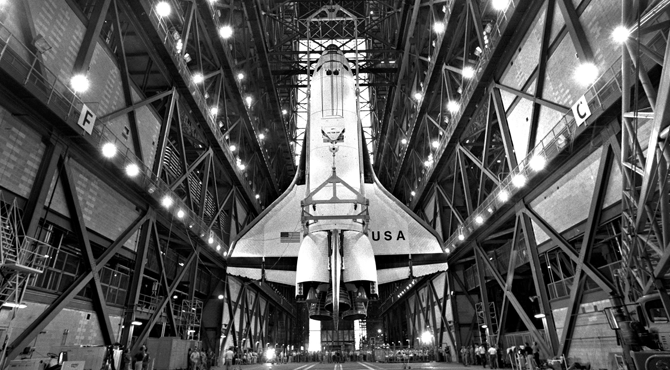 When shuttle mission STS-107 came to an unexpected and tragic end on February 1, 2003, NASA initiated an investigation into the loss of the crew and shuttle. Recovering debris from the breakup and understanding the causes of the accident were paramount. The Columbia accident was the most challenging investigation NASA had ever undertaken, rivaling those of the National Transportation Safety Board (NTSB).

The interactive module covers topics ranging from the leadership efforts needed to initiate and drive the investigation to the public affairs and outreach needed to communicate events as they unfolded throughout the investigation. It features video interviews with key figures including Frank Buzzard, Director of the Columbia Taskforce; Scott Hubbard, NASA Ames Research Center Director and CAIB Member; Laura Brown, lead for CAIB Public Affairs; and Paul Hill, Shuttle Flight Director.

The lessons captured in the module are meant to serve as a valuable resource for future NASA investigation boards as well as other government agencies and private organizations.