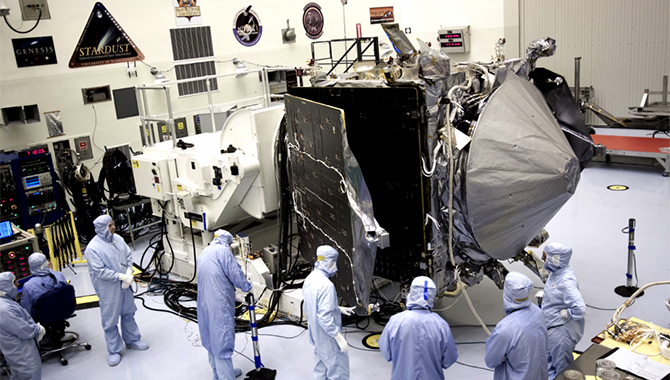 NASA has made progress toward better management of cost and schedule across its portfolio, according to a new Government Accountability Office (GAO) report.

As part of the its annual assessment of major NASA projects, the GAO evaluated the status of the agency’s ability to plan and execute on its major acquisitions such as the Global Precipitation Measurement mission, Lunar Atmosphere and Dust Environment Explorer, Orbiting Carbon Observatory-2, Space Launch System, and Orion Multi-Purpose Crew Vehicle.

The GAO noted that some projects like the Mars Atmosphere and Volatile Evolution (MAVEN) mission have met or are meeting their schedule and cost baselines (and in MAVEN’s case, coming in under budget). Other projects like the Ice, Cloud, and Land Elevation Satellite-2  (ICESat-2) are experiencing growing costs and schedule delays.

However, the GAO reported that NASA has made progress on the maturation of program and project technology prior to preliminary design review, a best practice which the GAO identified as critical to decreasing the chances of cost and schedule growth. Over the last year, 63 percent of NASA’s projects met this standard, an improvement over the 29 percent reported in 2010. The GAO also acknowledged NASA’s improvement on design stability, noting a trend of a higher percentage of releasable project drawings being reported prior to critical design review and a lower percentage of drawing growth after the project milestone.

While NASA has implemented a plan to improve acquisition management, the GAO cautions that the complexity of certain projects such as the James Webb Space Telescope may impact future portfolio assessments.

Inside the Payload Hazardous Servicing Facility at NASA’s Kennedy Space Center in Florida, engineers and technicians have begun the process to stow the power-generating solar arrays for the Mars Atmosphere and Volatile Evolution, or MAVEN, spacecraft. (September 30, 2013)