Back to Top
Home/APPEL News/APPEL News Digest/This Month in NASA History: 50th Anniversary of the A-101 Launch 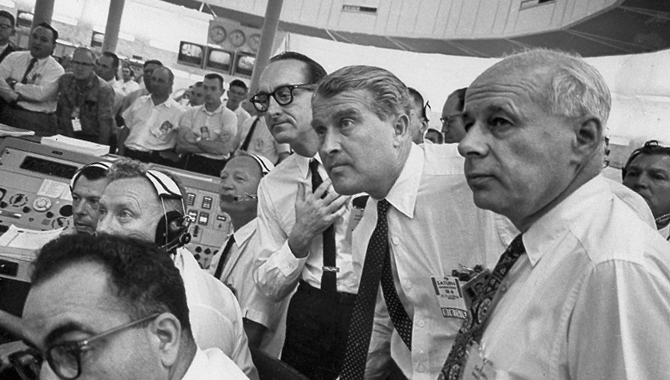 On May 28, 1964, the unmanned A-101 test flight took to the skies, sending a boilerplate Apollo command service module (CSM) on a trip into low-Earth orbit (LEO). Launched atop a Saturn I rocket–the sixth launch of its kind–the mission aimed to qualify the launch vehicle and further the development of the necessary technology to build more powerful vehicles such as the Saturn IB and Saturn V. The A-101 mission was one of a handful of flights designed to test and develop the Apollo program hardware and systems in preparation for a lunar mission.

The test flight experienced an anomaly when one of the eight Saturn 1 engines shut down too early. However, with the help of the guidance system to correct for course deviations, the vehicle compensated for the loss by burning the remaining seven engines a little longer. Considered a success, the A-101 spacecraft returned to Earth on June 1, 1964 after its fiftieth orbit.

This anniversary serves as a reminder of past development efforts for exploration beyond LEO. Later this year, NASA plans to launch its Orion capsule on Exploration Flight Test-1 (EFT-1), which will send a spacecraft further into space than anyone has gone in 40 years. The unmanned mission will travel 3,600 miles into Earth’s orbit to gather data to inform design decisions and validate existing computer models and new approaches to system development.

Learn more about the A-101 mission.

Learn more about the Orion spacecraft.

This photograph depicts an intense moment during the SA-6 launch at the Firing Room. Dr. von Braun, Director of the Marshall Space Flight Center (MSFC) is at center; to his left is Dr. George Mueller, Associate Director for Marned Space Flight; and far right is Dr. Eberhard Rees, Director for Research and Development, MSFC. The SA-6, the sixth flight of the Saturn 1 vehicle, launched a S-IV stage (a second stage) and an Apollo boilerplate spacecraft.