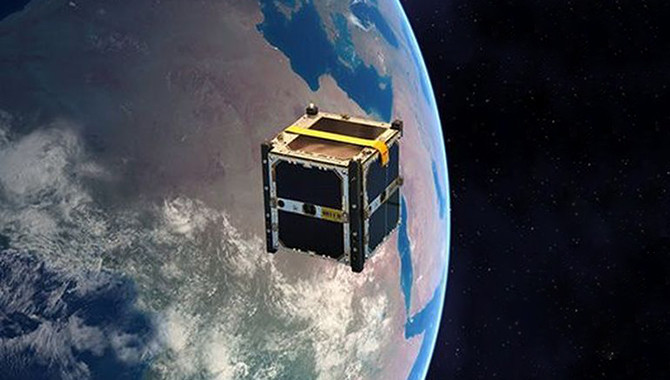 Artist's impression of M-Cubed/COVE-2, a reflight of a University of Michigan cubesat designed to image the Earth at 200m per pixel. It carries JPL's COVE technology validation experiment.

Despite their increasing role in technology development, scientific discovery, and education, cubesat launch opportunities have been limited. Until now.

“[C]ubesats have basically depended on other launch vehicles to obtain their rides into space as piggybacks, hitch hikers. We’ve been called ‘coach class to space’,” said Garrett Skrobot, who leads the Educational Launch of Nanosatellites (ELaNa) program, which is managed by NASA’s Launch Services Program (LSP).

To date, the ELaNa program has enabled the flight of 41 cubesat missions involving students from 20 universities across the country. These missions are selected for launch opportunities by the agency’s CubeSat Launch Initiative (CSLI) and typically benefit from co-launch programs such as the Government Rideshare Advanced Concepts Experiment (GRACE). GRACE recently supported the launch of four ELaNa-sponsored cubesats as the auxiliary payload to a National Reconnaissance Organization (NRO) mission.

While hitching rides offers a path to orbit for cubesats, it isn’t ideal. “By flying piggy back or secondary, it basically meant that we had to go where the primary [mission] went. We were not able to select our orbits. We had to build our science around those particular orbits or sacrifice some of the science,” said Skrobot.

All that is changing with a new LSP initiative that awarded contracts to three commercial companies for Venture Class Launch Services (VCLS): launches directed specifically at getting more cubesats and small satellites into orbit. Such launches will support programs like ELaNa as well as investigations from NASA divisions such as Earth Sciences.

Through the VCLS contracts, NASA is supporting the development of small satellite-specific launch capabilities. In return, the agency will receive three launches, each from a different private company: Firefly Space Systems, Rocket Lab USA, and Virgin Galactic. The launches will occur by April 2018. Each is expected to carry 15 to 30 cubesats into low Earth orbit (LEO). In contrast to the costs associated with launching a larger mission—which generally fall in the $100 million range—the VCLS-developed capabilities will boost cubesats into space for less than $10 million per launch.

“It’s a huge step for the commercialization of space, even though we’re talking about three small rockets,” said Mark Weise, Flight Projects Office Chief in the LSP.

The contracts were awarded to the three private companies based on a combination of capabilities and cost effectiveness. “From the capabilities side, we looked at the plans they had in place,” said Weise. “We asked the providers all to give us a systems requirements review-level package so we could understand how mature they were in their development, and then we looked at that and balanced it with the cost to make sure we have the best viable solution going forward so we can see this as a successful venture.”

The agency is purchasing the launch services but will also remain involved with the development of the capabilities. “What we’ve set up in the contract is we will follow these providers through their preliminary design [and] critical design. We have a qualification test milestone where we can ask them to showcase their major technologies, and then we’ll look at that data, review the [qualitative] test data, and work through our typical launch campaign-type milestones,” said Weise.

Efforts by Firefly, Rocket Lab, and Virgin Galactic are already underway as the companies take diverse approaches to developing their capabilities. Firefly’s Alpha rocket will be capable of sending nearly 900 pounds of payload into space, while the 3D-printed engine from Rocket Lab will send a smaller payload into a sun-synchronous orbit. Unlike the other two, Virgin Galactic’s rocket, LauncherOne, is air launched, enabling missions to reach orbit from a variety of sites.

“We see [the contract] as a vital step in the much larger mission of growing not only Firefly Space Systems but the small launch industry as a whole,” said Maureen Gannon, Vice President for Business Development at Firefly.

Peter Beck, Rocket Lab Chief Executive Officer said, agreed. “It’s a testament to NASA’s vision for the future to invest in something this early.”

Steve Isakowitz, President of Virgin Galactic, noted that the VCLS contracts are part of the growing excitement around cubesats. “The revolution in small sats is extremely exciting. Just last week, I had a chance to visit a university and meet with some of the undergrads that were having an opportunity to work on cubesat-class satellites. What was particular exciting was they were doing it not just as an academic exercise, they were doing it with the thought that before they graduate, they’d have the opportunity to see it fly,” he said.

The three initial VCLS launches will move the industry forward by sending 50 existing ELaNa missions into orbit along with additional cubesats to be developed in the meantime.

Watch a video about cubesats and the new Venture Class Launch Services.

Find out what Firefly Space Systems is doing to develop cubesat launch capabilities in this video.

Learn more about the people behind the developments at Rocket Lab USA in this video.

View a video about the applications of Virgin Galactic’s LauncherOne.

Read an APPEL News article about the recent launch of four ELaNa cubesats.