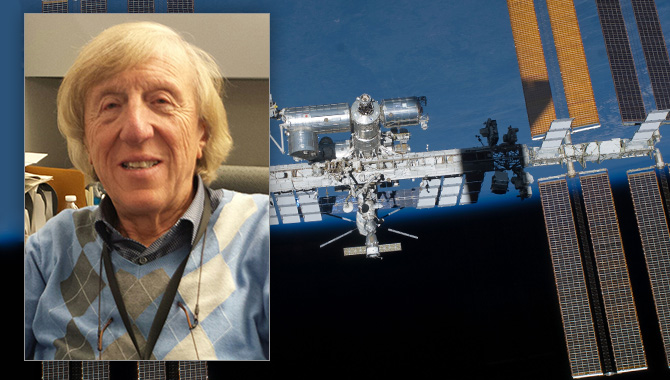 Marton Forkosh serves as the Chief Knowledge Officer (CKO) at NASA’s Glenn Research Center (GRC). Forkosh has over 30 years’ experience at GRC in systems engineering and has participated in a number of programs and projects at the center and agency level, including serving as the Space Station Freedom Electrical Power System (WP4) Systems Engineer. He assisted the NASA Chief Engineer in negotiations with Russia to define the architecture of the International Space Station, which resulted in the current configuration. Forkosh led the development and implementation of GRC’s Space Mission Excellence Program (SMEP), which served as a model for the Agency Systems Engineering Leadership Development Program (SELDP). He is currently a member of the International Council on Systems Engineering (INCOSE) and served as an associate director for International Growth for four years. He was the chair of the GRC Training Committee for several years.

What’s your background and how did you come to work in a knowledge services leadership role?

I was born in the former Soviet Union and received my bachelor’s degree there. I immigrated to the United States with my parents after I graduated from university in 1977.

I have been working with NASA Glenn for almost 34 years, and most of my career I’ve held systems engineering positions. When the mandate to create chief knowledge officers at the NASA centers came, Tom Hartline, director of engineering at the time, asked me to take on the job. Honestly, I looked at it and saw a lot of synergy between knowledge management and what I was doing. I was developing and implementing the systems engineering training and practice at Glenn. To me there is a very fine line between knowledge transfer or knowledge management and training and development. If you’re in a formal classroom setting and you’re teaching, you’re training. If you have a different set-up — you have mentors, you have various workshops, you have brown bags — now you’re transferring knowledge. At least in my mind that’s how I see it. So I jumped on the opportunity and have never regretted it. I’ve loved it since then and still love it.

Glenn does a great job at reaching out to local KM leaders and we’ve learned a lot from them. We’ve shared our experiences with Dr. Denise Bedford from Georgetown University and learned a lot from her with regard to how to identify the gaps in our knowledge management efforts. We also met with Dean Testa, the Chief Knowledge Officer for Goodyear Tire & Rubber. He had some great insights into KM training and employee buy-in. Both of these knowledge sharing events were part of GRC’s Forward Thinking Sessions and they helped provide direction for our KM strategic planning and other efforts, as well as underscored the importance of KM for all attendees.

Do you have a favorite story or example of tangible benefits of knowledge sharing?

I think if I would pick favorites there would be a few Masters with Masters because there’s a lot of opportunity to learn there, and I would say a few of them are firsts in the agency. To give an example, there was a mentor and a mentee taped as a Masters with Masters. The mentor was a director and the mentee was a mid-career level professional. The way the guidance evolved beyond the mentor-mentee relationship was very beneficial to both.

Also, we are working very closely with the Cleveland Clinic on some innovative approaches to long-duration flight, and we have a Masters with Masters video on that featuring a GRC scientist, Dr. Rafat Ansari, who piloted an innovative approach to cataract surgery. We went out of the usual box of project management and execution and gave it a little bit of a different flavor. We looked at human interactions. We looked at advances in science. It gave a different framework to a member of the audience who is looking for some approach in science on how to overcome a certain question, asking, “What did others do in this area?” You want to look at that approach and not just in project management or lessons learned in a specific area. We’re talking about a totally different approach because if I were to look for science I probably would not look at project management. It’s not necessarily just lessons learned. It is knowledge sharing. It involves sharing the science behind the tool. So, the next generation of researchers could use that information to learn, not necessarily about cataract surgery, but the approach he used for research advancement. They can learn something that they can incorporate into their own work.

Is there a specific project or set of lessons learned that influences your approach to solving problems?

We have documented a number of lessons learned, which kind of gave me on-the-job training. In particular there is a project where we did a lessons learned after completion of their Phase One. They had a lot of problems with the contract and working across multiple centers. Their experience was not as good as they wanted in Phase One. They had some cost increases and overran budget. The lessons learned pointed to what needed to be changed to be successful. The team took it to heart, they implemented all of the recommendations, and the next phase resulted in success. That served as a pathfinder on how we want to conduct KM practice in the future.

What do you see as the biggest challenge to knowledge sharing that has impacted your organization?

We are developing a plan for implementation of knowledge management at the center. In it we point out that in the next three or four years, 75 percent of our workforce at Glenn is eligible to retire. So that implies a natural drain of knowledge. In addition, people are changing jobs, so the knowledge goes out the door. To me that’s the selling point of doing knowledge management and knowledge transfer. But it’s a challenge. The challenge is really to help people to understand.

What are the biggest misunderstandings that people have about knowledge?

I don’t know if there’s a misunderstanding or an annoyance. Nobody wants another layer of management. “Knowledge management” is probably not the right word, which is probably why some call it “knowledge services.” The word “management” is kind of off-putting to a lot of people. The other thing, at least here at Glenn, is people say, “We’ve already been through this and we’ve been through that,” referring to ISO 9000, quality management training, and other classes to do something else. And, in a nutshell, they’re seeing knowledge management as a new flavor of the day. So that’s a challenge to me to show them it will benefit the Glenn workforce in the long run.