Back to Top
Home/APPEL News/APPEL News Digest/Preserving the Past to Enhance Future Success: Part One 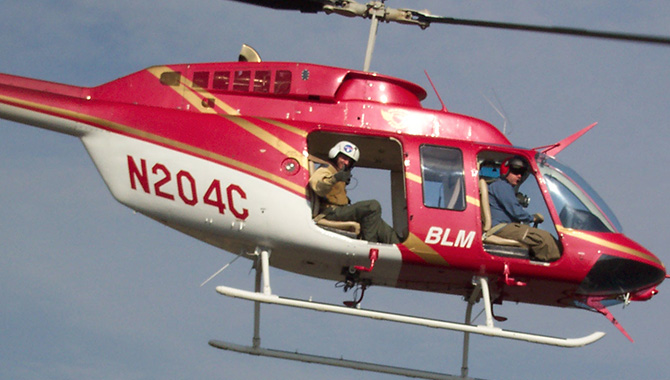 In the days and weeks after the Columbia accident in 2003, Michael Ciannilli helped with the recovery effort. In this image, he is seen in the back of a helicopter searching for pieces of the vehicle from the air.

The space shuttle Columbia went down in 2003. Now she and her crew—with support from ACCLLP Manager Michael Ciannilli—are helping build a brighter future for NASA.

The first orbital flight of the Space Shuttle Program (SSP) began on April 12, 1981, as Columbia lifted off from Kennedy Space Center (KSC) for a two-day mission known as Space Transportation System-1 (STS-1). Columbia was still going strong 22 years later when she left KSC for the final time on February 1, 2003. Her 28th mission, STS-107, came to an end during re-entry when the spacecraft disintegrated, resulting in the deaths of all seven crew members.

What followed was the largest ground search in U.S. history as NASA employees, contractors, and the American public searched for pieces of the vehicle so they could bring Columbia back home to KSC. Since then, rather than fading from NASA’s awareness or the public consciousness, Columbia and her crew have—in the words of Ciannilli—continued their mission by serving as a unique resource for advancing the safety and reliability of future NASA missions.

Ciannilli is the Apollo Challenger Columbia Lessons Learned (ACCLLP) Program Manager for NASA. He also manages the Columbia Research & Preservation Office (CRPO), handling all activities concerning the recovery and preservation of Columbia debris as well as related research and education efforts. He also oversees the CRP area, located in the “A” Tower of the Vehicle Assembly Building at KSC, which houses more than 80,000 artifacts from Columbia that were recovered and returned to KSC. Recently, APPEL News sat down with Ciannilli to learn more about how his work at the CRPO helps Columbia and her crew spread their important message and why this effort is critical not only to preserving NASA’s history but to enabling a successful future for the agency.

APPEL News: Let’s start at the beginning. Can you tell us how the CRPO was formed?

Michael Ciannilli: It goes back to the day we lost Columbia. NASA sent a small team of folks that day out to Texas from KSC to find out what happened. Over time, that small team grew to become approximately 25,000 people working to bring Columbia home. It was the largest ground search in American history. Meanwhile, folks back at the space center—at KSC—were reconstructing Columbia to learn the forensics from all the artifacts that had been retrieved. That led to the next phase, which was to help support the Columbia Accident Investigation Board (CAIB). The CAIB was formed by President Bush to formally determine what happened to Columbia and find out how to address it so NASA could move forward and fly again. All of those things were going on in 2003.

Late that summer, work with the CAIB was competed. At that point, a decision had to be made: what do we do with Columbia? The vehicle was released back to NASA and the agency decided to essentially continue the mission of Columbia by making her available to the future for research and for education. That’s when the Columbia Research & Preservation Office was formed.

APPEL News: What was the thinking behind establishing a CRPO? 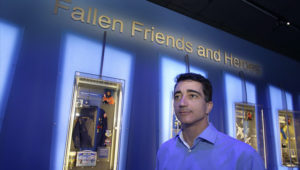 Ciannilli, who oversaw the “Forever Remembered” exhibit and memorial for the astronauts who perished on the Columbia and Challenger space shuttles, stands in the display area at the Kennedy Space Center Visitor Complex in Cape Canaveral, Florida.

Ciannilli: It was formed for a couple of purposes. Overall, our goal was to preserve Columbia—out of respect for her and her crew, and for future use. Columbia was to be made accessible under very tight security controls for very specific reasons. Not everybody could access her, but those with an appropriate purpose could do so.

One purpose in doing this was to preserve her as a research resource. Researchers from around the country could either come to the Columbia Research & Preservation Room or, in some cases, pieces of Columbia could be sent to laboratories around the country. Interested researchers could then study the pieces to learn as much as possible in order to apply that understanding to future spacecraft design or as a means of advancing technology and science.

The other purpose for the artifacts was to make them available for promoting STEM—science, technology, engineering, and math—activities. The idea was to loan pieces to academia that they would bring into the classroom as part of a STEM initiative. I don’t mean for show and tell. I mean teachers would come up with a teaching plan involving the artifacts in order to help students learn and get excited about future careers in STEM.

Those were the two main purposes of the Columbia Research & Preservation Office, and we still do them today. In both cases, I work with the research folks or teachers to see if their needs are a good fit for participating in our program. As part of the CRPO, I also manage the Columbia Recovery Office. Our goal with this office is to help facilitate the return of every piece of Columbia back home where she belongs.

APPEL News: Do NASA projects use Columbia for their research as well?

Ciannilli: Yes, Columbia is also available for use within the agency. This was especially valuable while the shuttle program was still flying. We would share artifacts with people working on the orbiters. If they were having an issue with a vehicle, we’d loan pieces out so they could study them and try to better understand the issue. If a certain component was having a problem, we would share relevant artifacts to help that investigation. So the artifacts were used quite extensively through the rest of the shuttle program. A lot of folks might not realize that we were involved in those studies, but Columbia was.

APPEL News: How did you get involved with Columbia and the CRPO effort?

Ciannilli: There’s a long back story for Columbia and me. It started, so to speak, back when I was a kid building models of Columbia. Subsequently, my whole career has been working on Columbia in some way or another. My first job was as a fuel cell system engineer working on an engineering team that was assigned to Columbia. I was a contractor—actually, I was the first United Space Alliance employee. Lockheed and Boeing had formed a company for shuttle processing called United Space Alliance, or USA, and I started as a USA employee on the company’s first day. I was with United Space Alliance from 1996 until 2005. During the majority of those years, I served as a Test Project Engineer, again assigned to Columbia. Then in 2005 I joined NASA and have been with the agency ever since.

My direct involvement with the CRPO started around 2006 or 2007 while I was serving in the roles of NASA Test Director and NASA Landing Recovery Director. A couple of years after the Columbia Research & Preservation Office was established, NASA leadership asked me to do this work. I was very humbled to be asked. It was a perfect fit because I had a strong affinity for Columbia—and a strong professional connection to the vehicle for many years. Back in 2003, after the accident, I was out in Texas helping bring pieces home by both flying in helicopters to search from the air and helping organize those air-search operations. I think folks knew Columbia had been in my heart for a very long time and that I had a passion to do this work. They asked if I’d lead the Columbia Research & Preservation Office as a side duty, in addition to my space shuttle launch and landing duties. And I did. Now, after the last flight of the space shuttle, it’s my focus full time.

APPEL News: Mike, you’re an engineer, not a historian. From your perspective, why is this work important for NASA?

Ciannilli: Having had the honor and privilege of working for many years on this effort, I’ve seen how many hearts and minds it’s changed. Columbia has had an amazing and powerful impact on so many people in a positive way. I’ve given tours in the Columbia Room to thousands of people, and so I’ve seen firsthand how Columbia and her crew, along with their story, have touched people’s hearts. When people leave the room, they’re slightly different—in almost all cases—in some way. Perhaps they’re inspired to do their jobs a little more diligently. Perhaps they’re inspired to never let this happen on their watch. There’s always something.

Because of that, I’m completely convinced that Columbia has a very powerful mission—a new mission—to do now. There’s the past: what the Columbia went through and what the crew went through and what we all—as NASA and contractor folks—went through back then. But I see it less as a story about the past than as a story about the future. When people come here for a tour of the room, I don’t tell the story with a complete focus on the past, perhaps as a historian would. Instead, the story links the past with the present and ties the lessons learned into the future. The new emphasis is on how we can effectively change or impact the future for the better. How we can be safer. How we can ensure NASA’s future mission success by understanding the past.

APPEL News: That’s very inspiring. Can you tell us more about how you’re doing that?

Ciannilli: Actually, that’s a little teaser about what we’re going to be doing next. We’re entering a new exciting phase now, which as I said is about using the past to make the future even more successful. We’ve just begun to embark upon that new journey over the past year or so—and we’re almost ready to share the news about it with APPEL and everyone else. Soon!

APPEL News: We can’t wait to learn more. For now, thanks for taking the time to tell us a little about the efforts of the CRPO and your work with Columbia.

This interview is the first in a series of conversations with Ciannilli about his work in helping Columbia—as well as two other key NASA missions—continue their work to inform, inspire, and advance the future of safe human spaceflight. Stay tuned for Part Two, in which Ciannilli discusses new initiatives designed to educate and engage NASA and the public.

Watch the NASA film Columbia: 16 Minutes from Home, which memorializes the mission crew and spacecraft.

Watch and listen to the 10th Anniversary Memorial special musical tribute, produced by the Astronaut Memorial Foundation, which pays tribute to Columbia and her crew.