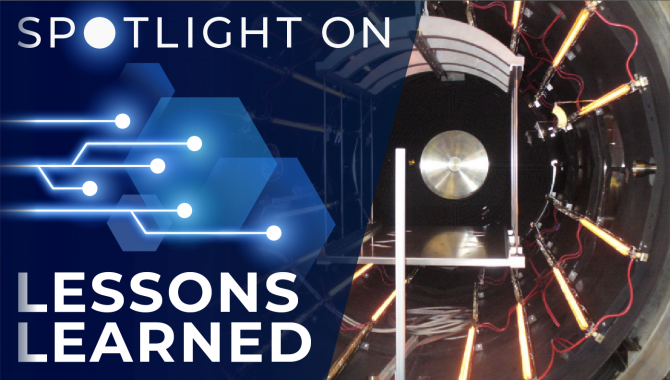 Potential modeling inaccuracy may be avoided in thermal vacuum tests by using heater plates instead of quartz lamps.

When the spectrum of quartz lamps originally used for thermal vacuum (TVAC) testing of the Stratospheric Aerosol and Gas Experiment (SAGE) III on the International Space Station (ISS) Instrument Assembly (IA) did not match the assumed spectrum used in the thermal model, a test was performed to achieve correlation with the thermal model. The test characterized the solar flux level within the chamber as well as the chamber thermal gradients, allowing for an improved correlation of the IA thermal model. 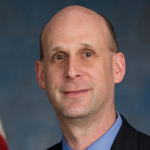 NASA Technical Fellow for Passive Thermal Steve Rickman on the importance of this lesson learned:

As engineers, we get to work on many exciting and new things but it’s important to remember that we can benefit from previous work. We learn a lot by working with and talking to experienced engineers. There is considerable knowledge documented in technical papers and reports. A lesson learned is an outstanding way to share knowledge gained during a previous experience that will benefit future work. The Thermal Vacuum Lamp Spectrum Lesson Learned is one outstanding example.

A thermal vacuum (TVAC) test heats and cools spacecraft components in a space-equivalent vacuum to demonstrate successful operation and to screen for workmanship defects. The test also produces temperature response data which thermal engineers use to correlate their thermal math models. Both the success of the test and the model correlation rely on knowing that the heating impressed on the spacecraft or its components is correct. If not, the hardware may not reach the desired temperature extremes to properly screen the components and the temperature response will not correspond to conditions simulated in the thermal math model.

The Thermal Vacuum Lamp Spectrum Lesson Learned provides important information every thermal engineer must consider when planning a TVAC test. Heating to spacecraft components under test may be accomplished using quartz lamps. As power is applied to the lamps, they emit thermal radiation (i.e., light) that is incident on the spacecraft. The degree to which components absorb and reflect the incoming thermal radiation is dependent upon their surface optical properties. Some surfaces absorb solar spectrum energy better than infrared, or vice versa. Therefore, it’s important to know not only how much power a lamp is radiating but also the wavelengths at which the lamp is emitting (i.e., its spectrum). As the input power to quartz lamps increases, the spectrum of its radiated energy shifts from the infrared toward the solar spectrum. If this shift isn’t accounted for, an engineer risks the possibility of an invalid test and incorrect thermal response data for thermal model correlation. If the model correlation isn’t correct, use of the thermal model for flight predictions may result in serious problems.

Fortunately, the Lesson Learned gives the important guidance other engineers will need to avoid this problem by suggesting the use of heater plates in lieu of quartz lamps. This is an outstanding way to capture the wisdom and experience of seasoned engineers and to have it readily available for future generations of engineers.