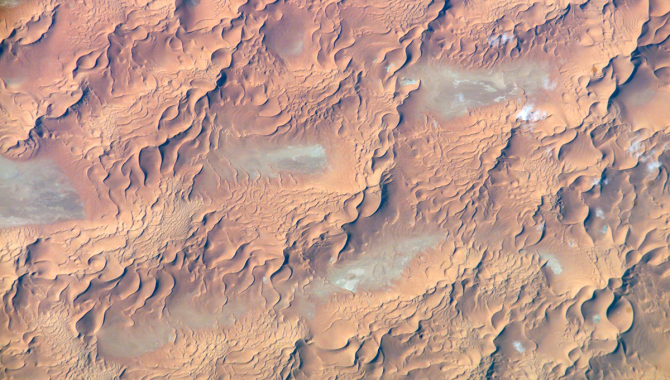 Issaouane Dune Sea, Eastern Algeria is featured in this image photographed by an Expedition 13 crewmember on the International Space Station on August 8, 2006.
Credit: NASA

The Sahara Desert covers a vast swath of Africa, stretching more than 2,900 miles from the Red Sea on the east to the Atlantic Ocean on the West. The desert is about 1,100 miles at its widest point, reaching from the Mediterranean Sea to Africa’s semiarid Sahel region. Portions are exceptionally dry, with less than a quarter of an inch of rainfall annually.

The sand dunes that many people associate with deserts make up a relatively small portion of the Sahara, but some are nearly 600 feet tall. In late spring, summer, and early fall, powerful storms and heavy winds whip the dunes, lifting massive amounts of dust into the air—an estimated 182 million tons of dust each year. That has far-reaching implications, some of which are not well understood. 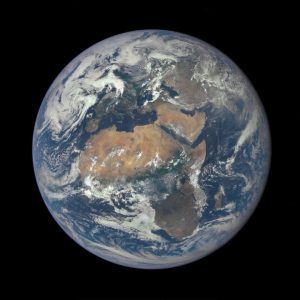 Africa is front and center in this image of Earth taken by a NASA camera on the Deep Space Climate Observatory (DSCOVR) satellite.
Credit: NASA

A significant amount of this mineral-rich dust remains in the air for thousands of miles beyond Africa’s west coast, carried by the Saharan Air Layer. In June 2020, NASA tracked a massive dust plume with the Cloud-Aerosol Lidar and Infrared Pathfinder Satellite Observations (CALIPSO) satellite. The dust eventually flowed across the Atlantic, affecting air quality across a broad section of the U.S. from Florida to Kansas. In typical years, the dust supplies iron needed by marine bacteria and phytoplankton in the Atlantic Ocean and the Mediterranean Sea, as well as crucial phosphorus to the Amazon basin.

NASA’s African Monsoon Multidisciplinary Analyses (NAMMA) campaign found evidence in 2006 that the Saharan Air Layer might even disrupt hurricane formation by injecting dry air into the warm, humid storms as they develop, tearing them apart with strong vertical wind shear, and disrupting cloud formation with dust.

Although the dust storms originating in the Sahara and other deserts are known to have broad, wide-ranging impacts, there isn’t scientific consensus on what, if any, cumulative effect they could have heating or cooling the planet.

NASA recently sent the Earth Surface Mineral Dust Source Investigation (EMIT) to the International Space Station aboard a SpaceX Dragon cargo spacecraft to help answer these crucial questions. EMIT combines a two-mirror telescope and a spectrometer into an instrument that will examine light reflected by Earth’s arid regions across a broad spectrum to measure the mineral composition of the dust. 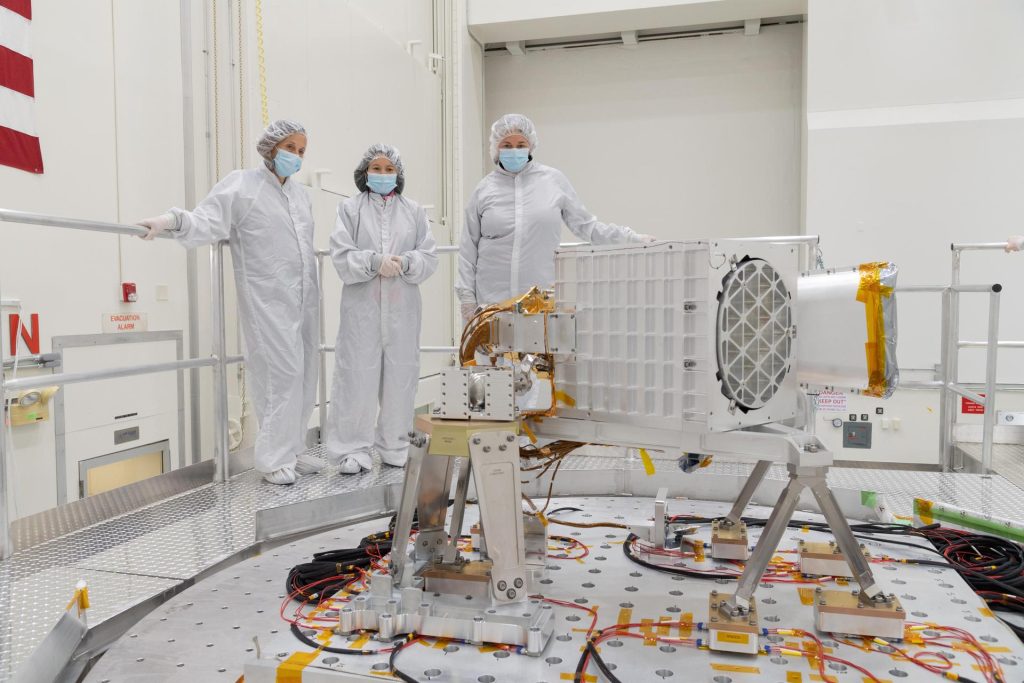 “We are studying mineral dust because it is currently an unknown element. We don’t really understand … whether mineral dust heats or cools our planet right now…,” said Rob Green, a Senior Research Scientist at NASA’s Jet Propulsion Laboratory, and the Principal Investigator of EMIT.

“We’re going to close a gap in knowledge about those mineral dust source regions of our planet. Right now, our knowledge is traced to about 5,000 mineral analyses, where minerals have been collected and analyzed. When EMIT completes its mission, we will have a billion direct observations of the mineral composition of the Earth’s arid lands,” said Green, speaking at a NASA press conference.

As the ISS orbits above arid regions, EMIT will gather data about the sunlight being reflected by the deserts. Because different minerals have distinct spectral characteristics, the data will reveal the mineral composition of the surface dust. The team has validated this approach by using NASA’s AVIRIS (Airborne Visible InfraRed Imaging Spectrometer), which flies aboard NASA aircraft. The technology successfully identified the mineral composition of California’s Salton Sea region, mapping hematite, goethite, calcite, and kaolinite.

“We’re very pleased to be going to the ISS,” Green said, shortly before EMIT’s launch. “It’s the prefect orbit for us. The ISS covers the arid land regions of our planet—from Africa to North America, to Australia, to South America—just wonderfully.”

Dust particles interact with Earth’s atmosphere and sunlight in complex ways, based on the particles’ specific properties, such as color and level of acidity. When these particles become airborne, these complex interactions impact the land and water, as well as the organisms and lifeforms the dust comes into contact with.

“…We wanted to [study this] because there’s gap in our knowledge that relates to climate now and in the future,” Green said. [EMIT] …will allow us to have better information to adapt to climate change and perhaps even make some decisions to mitigate how much mineral dust is available to be emitted into the atmosphere and impact the Earth’s system.”

EMIT will gather data on a one-year primary mission. The team will use this data to generate detailed maps, showing the proportions of minerals in the Earth’s arid regions. This will lead to more accurate models of how mineral dust impacts Earth’s climate now and how those effects might change in the future under different climate change scenarios.