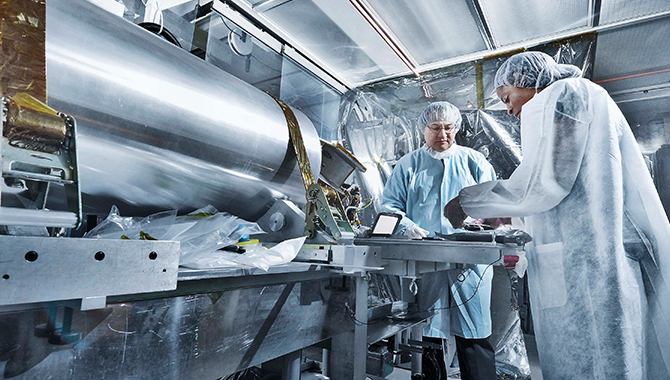 "I found the lessons learned the most interesting part. I did not know about the lessons learned database prior and I will be using it now more in the future. Also learning about the common failure points make me more aware of it in projects going forward and learning to mitigate the risks."
"I came into the course with the mindset to walkthrough NPR 7120.5 in depth, but came out with a much broader perspective than NASA's project lifecycle focus. It was a great course. Thanks!"
"The instructor demonstrated that he is a subject matter expert with an enormous depth and breadth of the knowledge. He offered personal experiences, was able to answer our questions, and was able to ask us questions to engage us and to get us to think like a systems engineer."

This two-day course will use a threaded case study to help participants define and utilize effective mental models to analyze and respond to challenges arising across the project lifecycle. Challenges from the following contexts will be addressed: systems thinking context, technical baseline context, and project management/safety and mission assurance context. This will be accomplished by immersing participants in strategic and tactical program and project lessons learned spanning systems engineering, project management and safety and mission assurance, as well as technically-detailed topics. Through guided exercises and discussions, participants will be challenged to critically evaluate problems and solutions that have been faced by NASA, United States Department of Defense and industry project teams. Emphasis will be placed on evaluating the context for issues and the development of courses of action along with the consequences of decisions.

This course is designed for team practitioners/technical engineers, team/subsystem leads, project managers/project systems engineers and program managers/chief engineers. All attendees should have a basic understanding of NPR 7123.1 and NPR 7120.5

Click here to watch a video tutorial of the APPEL Course Registration Process.

Dr. Jerry Jon Sellers, author of Understanding Space: An Introduction to Astronautics, and is a contributing author and editor of Applied Space Systems Engineering, and a contributing author of Human Spaceflight Analysis and Design. He has over 30 years of space systems experience including Guidance & On-board Navigation Officer in Space Shuttle Mission Control; Assistant Professor of Astronautics at the U.S. Air Force Academy; and Chief of Astronautics for the Air Force European Office of Aerospace Research & Development. He is an Associate Fellow at AIAA and the former Chairman of the Space Systems Technical Committee. He is also an adjunct professor at Stevens Institute of Technology.

Dr. Michael DeLorenzo (BGen, USAF, retired) is Professor Emeritus at the United States Air Force Academy (USAFA) and former head of the USAFA Department of Astronautics with over 40 years of research and development experience in astronautical engineering. He has served in numerous Air Force science and engineering leadership positions to include the Vice Commander of the Air Force Research Laboratory, headquartered at Wright-Patterson AFB, OH. His doctoral research was conducted at Purdue University and specialized in the control of large flexible spacecraft. He is also an adjunct professor at Stevens Institute of Technology.

Dr. Peter Van Wirt is a former Deputy Department Head for Labs and Research of the Department of Astronautics at the U.S. Air Force Academy. He has been a visiting lecturer for the Technical University of Delft’s Spacetech Masters Degree in Space Systems Engineering and is an Adjunct Professor for the Space Systems Engineering Master’s program at The Stevens Institute of Technology. He also instructs at the National Security Space Institute in Colorado Springs, CO. He has served as a systems engineer/program manager for a variety of US Air Force engineering developments. Peter has over 30 years of aerospace engineering experience and over 20 years teaching experience. He earned his doctorate at the Utah State University. He is also an adjunct professor at Stevens Institute of Technology.

Dr. Wiley Larson is managing editor of McGraw-Hill’s Space Technology Series and editor and coauthor of Space Mission Analysis and Design, co-editor of Applied Space Systems Engineering and over 20 other reference books on space systems. He is the Director and Distinguished Service Professor for the Space Systems Engineering Master's program at the Stevens Institute of Technology and was former director of SpaceTech’s Masters Program in Space Systems Engineering at Delft Technical University in The Netherlands. He has also served as Head of Engineering at the International Space University in Strasbourg, France, and has over 40 years of experience in space launch, satellite integration and test, space mission design. He has consulted with numerous government and industry organizations and taught thousands of people around the world. Wiley is an elected member of the International Academy of Astronautics. He is also an adjunct professor at Stevens Institute of Technology.

Dr. Randy Liefer is an Associate Fellow of AIAA with over 35 years of aerospace engineering experience. He has earned advanced degrees from the Massachusetts Institute of Technology and the University of Kansas. He has served as Division Chief and Deputy Head of the Department of Astronautics at the U.S. Air Force Academy, and has been a member of the AIAA Space Systems Technical Committee. He has been a visiting lecturer at Delft Technical University in the Netherlands working in the SpaceTech Masters Program in Space Systems Engineering. He is also an adjunct professor at Stevens Institute of Technology.

Curriculum Question? Contact the curriculum lead below for assistance.