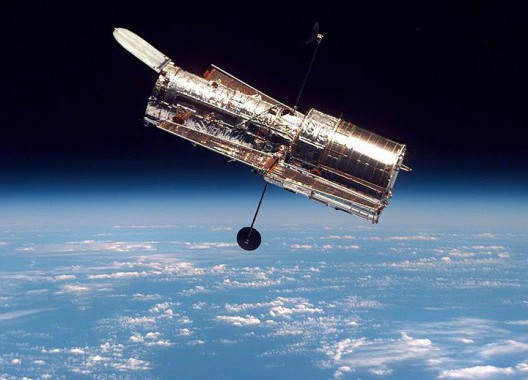 Is there a golden age of project management at NASA?

I was 24 years old, right out of school, and I was given my own budget, my own set of deliverables, and a team of engineers who worked for me, some of them twice my age.

It’s an interesting question. I never thought about it as a golden age, but when you look at it that way, the first one probably would have to be the 1960s with Apollo. Managing the Apollo program was the biggest challenge NASA had at the time. Something that large, as complex as that, with as much new technology as there was, clearly, that was a feather in NASA’s cap. Everybody wanted to be a part of it, to make it succeed, so it had a tremendous priority. The best and the brightest were struggling to be a part of the team. If you look at the age of some of the key people, they were young even by today’s standards for project managers, and in those days they were handling the largest projects in the country. They were managing those projects, leading them, making decisions, billion dollar decisions, and with great success. I think that was something unique to the Apollo era, it attracted the best and brightest, and it enabled a lot of young people very early in their career to take on leadership roles.

You were a project manager during the Apollo era. How were you involved with the program?
I was on the periphery of Apollo. I worked on the robotics side. Three months out of school I was managing my own little project. I could barely spell the word ‘project.’ I was 24 years old, right out of school, and I was given my own budget, my own set of deliverables, and a team of engineers who worked for me, some of them twice my age.

That must have been exciting, managing a project at 24? What were some of the challenges being that young and having so much responsibility?
Like anybody that age, I worried about the decisions I was making. I had no basis to make them on after all. I’d be doing technical calculations as well as managing the project, and I’d be spending a fair amount of time at night, just re-checking all my calculations, and still I got one out of five wrong. Of course, I made every mistake one could make, but I was learning, and I’m still learning.

One of the things Jerry Madden told me when I interviewed him for an earlier issue of this magazine was in those days the project manager could hold the whole spacecraft in his head. He said now that’s just impossible. The systems and subsystems are so complicated.
That was certainly the case for small satellites like the ones Jerry worked on, but you think about Apollo, and then the Sky Lab a little later, and then the Shuttle — I mean those were never systems that one could get your arms a round. In fact, there’s a big distinction in the role of the project manager on those large human space flight missions and the smaller robotic spacecraft. In human space flight projects, they manage the paper, the specifications, and the interfaces, and the contractors worry about the hardware performance. Large project managers depend much more on configuration management systems and interface control systems to manage the end-item products. With the smaller robotic spacecraft, it’s much more hardware and product oriented.

Is there a difference in the kind of person you would choose to manage a large project as opposed to a small one?
In a large project, the technical skills are important to recognize what’s important, but day-to-day technical decisions are made layers below him. The important thing is to be able to communicate to very large teams of people. He’s much more working through other people, where the small project manager is often looked to for technical input. Not always, it depends on the individual, but a smaller-project manager can be much more technically oriented. 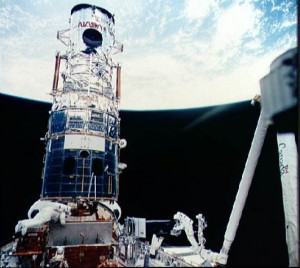 Spacewalks, like the one shown above, were required on the first servicing mission of the Hubble Space Telescope. Joseph Rothenberg is widely recognized in the Aerospace and Space Science community for leading the development and execution of the highly successful first Hubble on-orbit servicing mission.

Earlier you said the 60s was NASA’s first golden age of project management. Are there others?
Oh, I think the 90s could be called a golden era, and I don’t mean that because it was the Dan Goldin era. You think about the 90’s. We started out still in the traditional large observatory mode. We went to the Faster, Better, Cheaper mode to try to go back to that time when the project manager could get his arms around the whole thing. The goal was to build smaller spacecraft, and have smaller teams building them. There were lots of opportunities in the 90s to manage projects of that magnitude. The 80s we had a few large projects, and we weren’t developing a lot of project managers. In the 90s we went back to smaller spacecrafts and built more of them.

So why was that a golden age? To some extent, there were lots of project management opportunities. There was also the ability to learn, and a little bit more tolerance for mistakes than on the very large projects. Although the failure of the two Mars missions right in a row set us back a little bit. I still think the 90s and the Faster, Better, Cheaper concept, or at least the ability to have lots of small spacecrafts, really was a better way to go than putting all our money into a few large observatories. And I think it trained people, it was more fun, and people were able to be more creative.

If you look at those two eras, the 60s and the 90s, do you find any differences in the project managers themselves?
Well, people are still people. The big difference to me is in the automated tools today that project managers have at their disposal. Just take email. Years ago communication was slow; it required paper to be circulated. The tools for reproducing things, the analytical tools that people had to use, all of these things were far more labor-intensive years ago, far more cumbersome. Today, we can do more with less people mainly because we’ve other ways of communicating. Management practices I think are the same, and in fact, one of the things we have to re-learn periodically is some of the practices, the discipline, that is, the project management discipline. Take monthly reviews, for instance. You want to use them to nurture people, not beat them up. You’ve got to encourage people to report problems, and deal with them in a constructive way, not a punitive way. These are things we have to re-learn periodically.

Right now there is not a training ground for project managers for the next generation of human space flight programs.

In what way should NASA be focused on developing good project managers?
Part of it is just the exposure to project management techniques. Some of the centers continue to do a very good job on their own in developing a pipeline of project managers. I’m most familiar with Goddard, and I think they’ve always done a good job there in grooming the younger people to take on project management responsibilities. The same is true of JPL, I think. In the human space flights, the very large programs, for lots of reasons, we have not developed a large number of people capable of managing those sorts of projects. In fact, if I went out to look for one today to replace somebody like Tommy Holloway, it would be very, very difficult. The choices are limited.

I also think that on the human space flight side once we get the Station problems behind us, and I think we will, there will be opportunities to start training the next generation of project managers to manage those projects. Right now there is not a training ground for project managers for the next generation of human space flight programs. Part of it is the fact that we haven’t had programs. Another part of it is we haven’t been hiring. We don’t have a lot of people, and so there’s going to be some holes in the pipeline. And I think rebuilding both the technical workforce as well as the project management workforce in human space flight is going to be a real challenge.

What advice do you have for NASA’s project managers today?
Use every opportunity you have to train the people below you with management skills. Don’t only have them solving technical problems, but make sure they learn how to recognize costs, to recognize cost trends at the contractor, and to analyze manpower. Give them a set of management skills that allows them to plan something well, to control requirements. Everyone on a project needs to understand that the most important thing is controlling requirements. Typically, you get a set of requirements in place and some technical guy will dream up a better way of doing something.

The first question you have to ask is why do I need to make it better, and if you absolutely must make it better, how do you get the funding for it. I can point to a number of missions where they made things better without shoring up the funding. They dipped into the reserves to spend money on new requirements that were unfounded and got themselves into trouble. Somebody who understood the consequences of such things would have asked early on why do I need to make it better.

My view, and I’ve had this view for a long time, is that we must excite the next generation of children in this country to go into science and math, to stir their imagination.

To your mind, what is the biggest challenge facing NASA as an agency?
Establishing a vision for the future. We do not have a vision of where NASA is heading. We have a space science program that sort of has a roadmap. We have an earth science program that has a road map. These are fragmented things. I could take the space transportation work, and I could put it some place else. I could certainly take the space science work and put it under the National Science Foundation. I think we need an integrated vision of what NASA’s role is in society. Everybody has a different view. If we went away, would anybody miss us? Certainly, it’s the role and responsibility of the Administration, of which NASA is a part, to provide a vision that’s believable, credible, affordable and relevant. There are some things one can do to excite the nation.

My view, and I’ve had this view for a long time, is that we must excite the next generation of children in this country to go into science and math, to stir their imagination. I think we have an obligation to do this, all of us who are involved with NASA, for the good of the agency and the country.