A buzzing noise wakes you from your sleep. Opening one eye, you squint at your alarm clock: 3:00 a.m. The buzzing begins again, followed by a second of silence and a loud thump as your Blackberry hits the hardwood floor. It isn’t time to wake up, it’s simply a new message. Thinking it could be important, you turn on the lamp, rub your eyes, and reach down to pick up the Blackberry. It’s a notice to everyone in the organization regarding a one-day training course being offered a month from now. The subject? Improving your time management skills.

People have traditionally suffered from a dearth of information. The Battle of New Orleans was fought almost two weeks after the United States and England officially ended the War of 1812—it simply took that long for the message to arrive. Thanks to modern technology, a lack of information is no longer a problem; an overabundance of information is. Technology has made it incredibly easy to contact vast numbers of people at once: simply type in the name of your office’s distribution list and you can let your coworkers know you’ll be out sick today. Type in the wrong distribution list address and you can let the whole building know, perhaps the whole agency. Unfortunately, this simplicity has brought the problem of overload down on the modern worker—it can be extraordinarily difficult to separate the wheat from the chaff in today’s electronic flow.

During a single week in October 2006, the NASA Headquarters e-mail servers delivered approximately 1.25 million e-mails. With roughly 1,000 people at headquarters, this works out to 1,250 messages per person. The nasa.gov domain has approximately two million distinct Web pages residing on its servers. This yields roughly thirty-two Web pages for every civil servant and contractor in the NASA family. How easy is it to find the page with the information you need among those two million? How many of those can you access without needing a new account username and password? 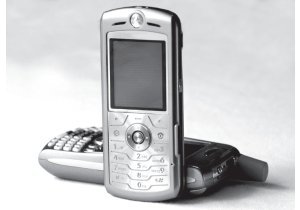 Given a choice between too much information and too little, almost everyone prefers the former. But too much information presents problems that are both obvious and subtle. Arriving at your office on a typical morning, you pull up your e-mail to find that you’ve received thirty messages overnight. You weed through the broadcast messages deciding whether or not they apply to you. You sort through the messages from your coworkers that you’ve been cc’d on, deciding whether or not they require your attention. You read through several e-mails from your boss, each also sent to everyone in the office, to determine if there are any actions you need to take or information that you can’t afford to miss. If you’re quick, perhaps only twenty minutes have passed, and yet already you’ve made dozens of decisions about what is important and processed a significant amount of information with nothing to show for it but a list of what you now actually have to respond to. Over time, the constant flow of e-mail leads to an inability to focus on a single task for any significant amount of time, preventing one from thinking deeply about the task and destroying one’s creative thinking abilities. This is one of the many problems of information overload.

With instant communication—both at your desktop computer and on mobile devices like the Blackberry—comes an implicit expectation of a fast reply. In the days of post mail, no one thought anything of waiting days or weeks for a response. Today, if an e-mail isn’t replied to in an hour, the sender typically gets nervous. Why haven’t they responded? Are they out sick? Are they ignoring me? Is there something I’m not aware of and need to be? Linda Stone, a former executive for both Microsoft and Apple and an expert on information management, brought attention to this mentality in a speech given in March 2006:

This always on, anywhere, anyplace era has created an artificial sense of constant crisis. What happens to mammals in a state of constant crisis? The adrenalized fight or flight mechanism kicks in. It’s great when we’re being chased by tigers … but how many of those 500 e-mails a day is a tiger? Or are they mostly mice? Is everything really such an emergency?

Stone calls this phenomenon “constant partial attention,” and it is the true cost of information overload. When even an hour is too long to wait for a reply, how can anyone be expected to focus deeply and consistently on any given task? We need to take time to reflect on things rather than just react to them.

Steven Levy, a noted science and technology journalist for Newsweek magazine, wrote that “a live Blackberry or even a switched-on mobile phone is an admission that your commitment to your current activity … is fickle.” He’s absolutely correct: if you’re talking to a colleague and the Blackberry on your belt vibrates, it’s nearly impossible not to grab it and take a look. One is afraid to be out of contact for no good reason other than that one is always in contact. On the surface, you’re just staying current, but what you’ve really just done is put the person in front of you on hold for an as-yet anonymous e-mail.

With all the information flowing back and forth, how can you be sure you are being effective, and not merely efficient? NASCAR racing cars are very efficient machines when it comes to making left-hand turns at 200 mph. It takes care and conscious attention to be sure you’re not turning into the NASCAR equivalent in your job: incredibly fast and efficient, but inflexible. If you’re thrown a right-hand curve, it’s important that you are able to make the turn and not have to compensate with three lefts.

Perhaps you’ve been making left-hand turns for so long that you can no longer see the right-hand turn shortcut up ahead. With information coming at the average worker at an ever-increasing rate, it’s easy to get caught in reactive mode, with no real thought given to reflecting on the situation or the task at hand. It is difficult to innovate in reactive mode; true improvement can only come if you take time for reflection. It should be noted that this requires a conscious effort—opportunities for reflection very rarely present themselves.

Not all aspects of today’s information-saturated society are bad. If General Andrew Jackson had been sporting a pager on his belt, President James Madison could have saved lives with a simple, “Andy: War Over. Thx, Jim.” The communication systems we use are not at fault; it is how we use them that matters. While not everyone in the office needs to know you’ll be out sick, some do, and it’s easier than ever before to let them know. When the boss is about to give an important presentation, you can get critical late-breaking information to him or her quickly and discretely. Thanks to wireless technology, being on the road no longer means being out of touch; you’re only as isolated as you choose to be, instead of as you are forced to be. When appropriately used, technology can make everyone more productive.

The key to making information work for us, instead of against us, is management. To stem the tide of e-mail, data, and all other manner of products coming from every direction, it is critical to use the tools at your disposal to the greatest possible advantage. Most e-mail programs have rules and filters for classifying and sorting automatically; using them will help cut the time you need to spend sorting the wheat from the chaff. Metadata, an often-overlooked aspect of modern computer filing systems (click “properties” on any file to see the metadata), can make finding files on an office server quite easy, as well as assist in storing information regarding the history of the file, changes to it, the original author, and so on. Bookmarks in your Web browser can get you to deeply buried Web pages you use often much more quickly without navigating through higher levels of the site. So there are tools you can use to minimize the problem, and knowing and using them will give you some control over what shows up at your desk. Changing behavior is another way to exercise control. Some commentators recommend not checking e-mail more than once per hour so you’re not constantly interrupting other tasks (or reflection). This also helps break the cycle of expecting instantaneous replies.

The key to making information work for us, instead of against us, is management. To stem the tide of e-mail, data, and all other manner of products coming from every direction, it is critical to use the tools at your disposal to the greatest possible advantage.

Finally, it is important to be part of the solution and not part of the problem. Common sense and etiquette can cut down the amount of unnecessary information more than any tool. We’ll use the example of e-mail, but these ideas can be used for any information product you choose:

Albert Einstein once said that information is not knowledge. The amount of information washing over the average desk within NASA today is staggering, and none of it means anything without some effort on the recipient’s part to bring context to each piece of information so it can be dealt with effectively. The speed at which information is arriving can create a frenzied pace that, left unchecked, can lead to constant partial attention and a significant loss of productivity, both in the workplace and in one’s personal life. It is the responsibility of each individual to ensure that each byte is effectively transmitted, such that communication is truly improved. Careful management will enhance your own and your coworker’s productivity, and it will contribute in a large way to the success of the mission as a whole.

Failing that, there’s always the “delete” key. Assuming the letters haven’t worn off.

Recommended reading: Peopleware: Productive Projects and Teams, by Tom DeMarco and Timothy Lister; Slack: Getting Past Burnout, Busywork, and the Myth of Total Efficiency, by Tom DeMarco;The Paradox of Choice: Why More Is Less, by Barry Schwartz.

William H. Gerstenmaier is the associate administrator for Space Operations. In this position, he directs NASA’s human exploration of space. He also has programmatic oversight for the International Space Station, Space Shuttle, space communications, and space launch vehicles.