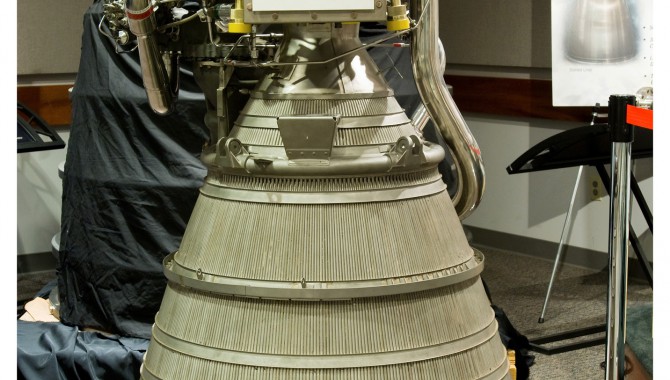 Steve Yows had a problem.

He was working on some rocket engine technology and hoped to find something “out there” in the industry that would help two computer software programs communicate with one another faster. But he wasn’t sure what it was and didn’t know how long it would take to find.

Then Yows, a design engineer at Pratt & Whitney Rocketdyne (PWR) in Canoga Park, California, attended an internal technical conference, where he presented a paper on his design approach and Mathcad worksheet. During his presentation, Yows happened to mention the need to link other departments’ tools to the forty other engineers attending the annual event. 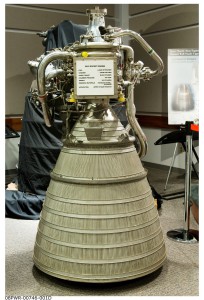 Another engineer, who was visiting from the company’s office in West Palm Beach, Florida, approached Yows later and said, “You might want to listen to my presentation. It’s about a new tool that allows you to link your software to other applications.”

“This was a total coincidence,” said Yows. “You never know what you’re going to find at these conferences.”

The new tool solved Yows’s problem—one success story in PWR’s ongoing campaign to improve its ability to share and capture information and skills among employees through knowledge management. PWR holds an annual Technical Excellence Conference that showcases engineering disciplines across the company. It hosts an annual Knowledge Management Share Fair, where teams from across the company set up booths to showcase their innovations to other employees. Through its Passport to Leadership series, PWR invites outside speakers to give presentations on professional and general-interest topics. In past sessions, legendary basketball coach John Wooden discussed his famous “Pyramid of Success,” and Homer Hickam, bestselling author of Rocket Boys, spoke about Sputnik’s influence on him growing up in West Virginia as well as his distinguished career at NASA.

Then there is the Knowledge-Sharing Seminar Series, where employees give presentations on subjects including intellectual property, gasification technology, and other areas of expertise.

As Yows’s experience shows, bringing groups of people together is valuable because you don’t always know where the answers to your technical problems will come from.

It all happens in the name of transferring knowledge to create a better product—to take social and professional networking from the coffee rooms and drinking fountains into a forum where expertise can be shared and captured on a large scale. Most of the presentations are videotaped and stored on internal Web sites for employees to view later. Leadership has embraced the concept of knowledge management as a way to improve efficiency, ensure best practices, and preserve lessons learned. Employees see it as a way to share innovations, learn from others, and record their findings for generations to come.

“These events break down the silos to promote the sharing of knowledge among groups. We often don’t know what other employees are working on because we’re so focused on our own jobs and responsibilities,” said Kiho Sohn, chief knowledge officer at PWR. “These events provide an opportunity for people to show what they have accomplished, and for people to learn something that can be applied to their own life and workplace.”

Evidence that it works at PWR includes increasing attendance at each event. Attendance at the Knowledge Management Share Fair has doubled to 400 since its inception nine years ago; in the three years PWR has held the Technical Excellence Conference, the number of attendees has risen from 190 in 2006 to 248 in 2008.

PWR’s investment in knowledge management was driven by the realization that its senior engineers would not be around forever. The company needed to capture their technical knowledge and expertise for future generations before it was lost forever, especially knowledge relating to the Space Shuttle main engine program and other heritage propulsion systems.

Nine years ago, PWR launched knowledge management using discretionary funds. It started by creating databases that include a directory of experts, data-mining tools, materials and fluids properties, and knowledge-capture methods. It also began training employees in knowledge management techniques and promoting a culture of collaboration.

One employee who took the training is Deanie Snell, who oversees PWR’s technical library in Canoga Park, California. She attended a weeklong class through the American Productivity and Quality Center in San Diego, where she learned how to share knowledge, transfer best practices, and collaborate effectively. She then shared what she had learned with her team. 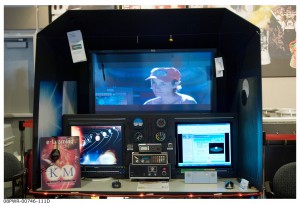 Her classroom experience led her to propose an annual event at PWR that celebrated knowledge, and thus the Knowledge Management Share Fair was born. A conference room is reserved at the California site’s Leadership and Learning Center. Booths are set up, and a large tent is pitched outside to serve lunch at the Tacit Knowledge Café. Posters, banners, and internal music videos advertise the event. PWR President Jim Maser sends out companywide e-mails and appears in internal commercials, encouraging all 2,200 employees at the Canoga Park facility to attend. He and fellow executives browse the booths with the crowd, viewing firsthand the accomplishments of their staff. Last year, the Space Shuttle Main Engine Nozzle team used charts and graphs to show off its progress in the manufacture of the nozzle, while the RL10 program team displayed a 5-foot mock-up of the RL10 rocket engine, complete with plastic valves and combustion chambers.

PWR Fellow Awadh Pandey attended last year’s Share Fair in Canoga Park to showcase a new high-strength aluminum alloy he invented, known as “Pandalloy,” which few knew about until the fair. “It generated a lot of interest,” said Pandey. “That’s the whole objective. The Share Fair provides great opportunity for sharing the information about the capability of Pandalloy and how it is produced. I don’t think anyone just goes to one Share Fair saying, ‘This material will be used tomorrow.’ It takes time for things to happen, but the fairs get the wheels of thought moving so it can be applied down the line.”

The Share Fair booths are not all engineering-based. Socialnetworking groups like the PWR Hispanic Leadership Forum, Rainbow Alliance, and Women in Network pass out pamphlets and register new members, as does Team Rideshare, which encourages employees to carpool and take public transportation to and from work. Local universities, including Cal State Northridge’s Tseng College of Extended Learning and Pepperdine University’s Graziadio School of Business, are also there to recruit new students. The events are a hit, with employees taking home giveaways and more information than they came in with.

“The Share Fairs keep growing,” said Snell, co-chair of the event. “You know they’re successful when teams ask to be part of the event—not just asking but insisting they get a table.”

The teams do have various ways of encouraging people to drop by their booths, from offering baked goods and giveaways to building clever models and wearing appropriate costumes. The Program Management Office team caught people’s attention by using a Rube Goldberg–type machine as a metaphor to demonstrate the movement of knowledge within an organization. The eLearning team donned U.S. Air Force flight suits to demonstrate a computer-based learning model that resembled a cockpit zipping through space.

“A lot of people don’t know we have the capability to create multimedia training courses for them,” said Brandan Laura, lead producer for the eLearning team. “We wanted to show them the resources we have and that we are a first-class group.”

PWR knowledge-sharing videos and multimedia training courses are posted and stored on internal Web sites and learning portals, and they include lessons from technical experts no longer with the company. One includes a presentation on space nuclear thermal rockets, while another conducted by an engineer provides an overview on nuclear reactor engineering considerations, reactor physics considerations, and the effects of radiation.

Employees have also launched their own events. 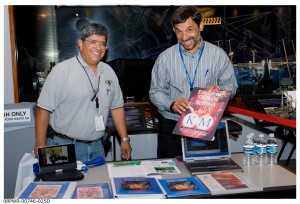 Three years ago, Dr. Bob Jensen, an associate fellow at PWR, discovered the need to better document the company’s technical innovations. He found that engineers gave excellent verbal presentations when using charts and graphs, because they were able to fill in the blanks about the nuances and reasoning that gave rise to their discoveries. When fellow engineers came back years later to review those presentations, however, all they had were the briefing charts without the nuances and reasoning.

“The things that get lost are ‘Why did you decide to do it this way? What was your reasoning? What assumptions were made?’” said Jensen. “If you have the research fully documented, you don’t have to reinvent the wheel each time. You can go back to something that was done five, ten, fifteen years ago, read the report, and understand the whole story.”

He developed the PWR Technical Excellence Conference, where engineers from throughout the company can showcase their disciplines. It starts by having engineers from PWR’s five sites submit technical abstracts. A review committee selects the abstracts for presentation and notifies the authors, who then prepare the papers, each of which can be anywhere from ten to fifty pages long. The authors present their papers at the conference, where they speak for twenty-five minutes, discussing the latest technical achievements, including proprietary information, and showing peers what they have accomplished. Topics have ranged from high-strength copper alloys for rocket engines to concentrated photovoltaic technology for space power. All the presentations are audio recorded with the slides and posted on an intranet site, together with the papers for current and future engineers.

“We can leverage each other’s capabilities by creating the environment for sharing meaningful summaries of research and development histories,” said Jensen. “We can preserve for the next generation the details of what was done so that when future technologies are available, we can build on what has already been accomplished. When somebody looks at the research again in the future, they will find a very complete summary of what went on, and that’s vital.”