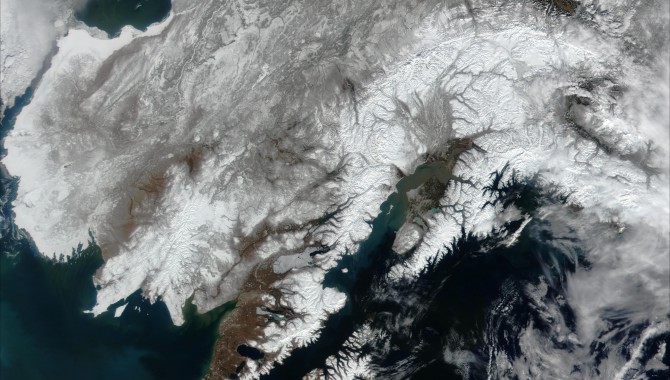 One of the many challenges of growing up as an identical twin, as one of us (Wessen) did, is learning how to share. 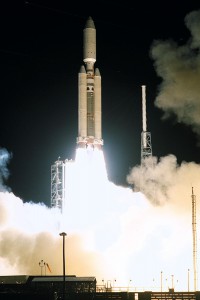 My twin and I tried many approaches to this age-old problem, some successful and some not. One of our more innovative approaches was “whoever cuts the cake, the other chooses.” Unbeknownst to us, this technique has been used for centuries and provides an incentive for the “divider” to cut the pieces as fairly as possible. After all, if one slice is larger than the other, the “chooser” will pick the larger piece. We inadvertently stumbled on the fact that incentives powerfully affect human behavior.

Today, incentives are often used to move society in positive directions. One common example is the use of deposits on cans and bottles to remove them from our streets. Incentives are used to reduce atmospheric pollution and to establish migration routes and estuaries. Successful incentive-based systems need to be designed to attain the desired results and to minimize the impact of unintended consequences. It is the job of “market” engineers to create the proper incentives to harness society’s interests for efficient outcomes.

As a system engineer for NASA, I (Wessen) became interested in using incentive-based systems to allocate space system resources. I didn’t realize that economic researchers were already working on this class of problems. As a matter of fact, economists from the California Institute of Technology had been called in by NASA Jet Propulsion Laboratory’s Cassini program to solve an allocation problem involving the development of the program’s science payload.1

To understand if incentives could indeed be a more efficient way for allocating resources, we first have to understand how allocation usually happens. There are basically two approaches. The first is the “benevolent dictator” approach. One individual (for instance, the project manager, flight system manager, or ground system manager) is given a set of resources to distribute to a group of users. The success of this approach depends on the information provided to the decision maker, his knowledge, and his ability to allocate resources and adjudicate conflicts to get the most out of the mission.

Unfortunately, the only recourse available to a user who doesn’t like his allocation is to make his case to the manager or the manager’s manager. This appeal process happens all the time, since those not getting their entire request are often unhappy with their allocation. Other than some time and the effort to produce a few viewgraphs, they have nothing to lose. If the appeal is rejected, the petitioner is no worse off than before.

This approach has another liability. Individuals know that they’re going to get less than what they want in an oversubscribed system so they “over-request” resources. This makes a bad situation worse. Since the manager has limited information, he will probably either try to give everything to everybody or “hurt everyone” equally. Neither strategy works very well. 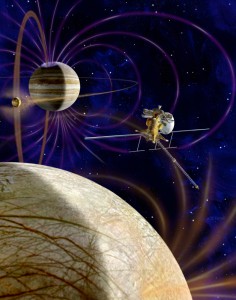 The other technique for allocating resources is a committee-driven approach. A board of knowledgeable individuals (typically the ones requesting the resources) are asked to work together to solve the problem in a collegial manner. It is usually a difficult process to watch and even more difficult to be involved in. Everyone describes their “needs” and explains why they are more important than everyone else’s. These discussions usually go on until a predetermined deadline rears its ugly head, at which point the dominant participants try to force their solution onto the committee. Here again, the only recourse is to appeal to a higher authority and hope for the best.

Market-based systems, sometimes called incentive-based systems, have several advantages. A big one is that they do not require a third party to solve resource conflicts because individual participants make these decisions through their bids.

Of course, they first must have something to bid with. The solution is to allocate “tokens” to all users. One potential issue is how to allocate them. There are no perfect answers, but some sensible guidelines have emerged. Tokens can be given out equally to all participants; allocations can be based on the budgets from past years; or allocations can be based on past-year allocation of a particular resource. Each project is different and requires its own assessment of how to distribute initial budgets. But it is much better to solve one problem (the initial bid budget allocation) early rather than multiple problems (conflicting demands for limited resources) later on in the process.

Once users have their budget of tokens, they bid for the resources they want. They can bid as often as they like and continue until no other bids are made. Then the trading (aftermarket) begins. Participants trade among themselves to improve their situations, offering what they have in excess in return for resources they require. Since trades are only executed when both parties agree, all trades are “win–win,” and there is no need for time-consuming appeals to a higher authority. 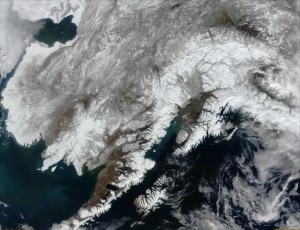 Terra (EOS AM-1) used a market-based system to build its instruments, including the Moderate Resolution Imaging Spectroradiometer (MODIS). MODIS captured this image of Alaska on June 15, 2000.
Photo Credit: NASA/Jacques Descloitres

Market-based systems have been used for eons. The first individuals who gave thirty shells for an arrowhead or maybe a goat for a calf were doing market-based trades. Today market-based systems are used everywhere. They’re used by the Chicago School of Business to set up graduate interviews with prospective employers,2 by the FCC to allocate frequency spectra to broadcast companies,3 and as cap-and-trade systems for controlling pollution emissions all across the world.4

What’s new is their slow yet steady migration into the world of space exploration. Like every application of a tool to a new area, first attempts are met with some skepticism and hesitation. The earliest attempts included using proposals to use markets to determine prices for International Space Station payloads in the late 1980s and to allocate antenna time on NASA’s Deep Space Network. In both cases the approach may have been ready but the environment was not. Individuals saw how it could work but believed the consequences of it not working would just be too great. The first successful application of a market-based system to a space exploration problem was on the Cassini program in 1995 (see ASK, fall 2007, “The Cassini Resource Exchange”). The program’s twelve science-instrument development teams used an aftermarket system to build their science “boxes.” This approach controlled costs to less than 1 percent of the initial estimates and the payload mass growth actually decreased by 7 percent from what was initially proposed by the investigators.

Like every application of a tool to a new area, first attempts are met with some skepticism and hesitation.

Many NASA projects have experimented with the idea of using market-based systems to solve their resource-allocation problems. Some managers decided the time was not yet right for such a system. In other cases, loss of an earlier spacecraft resulted in the cancellation of the project considering this approach, or a change in NASA priorities (changing an active project to one that remains a study) reduced their interest in using a market-based system. But market-based systems are here to stay. The Earth Observing System (EOS AM-1) used a market-based system to build its instruments. Again the results were extremely positive.5 All instruments were built successfully and delivered on time. Currently, both Outer Planet Flagship missions plan on using these methods to build their science instruments.

Market-based systems are not for everyone, and it’s difficult to prove in advance that a decentralized system will work for a particular problem. A project would have to judge whether results from an experimental environment accurately represent how the system will work in “real life.” But market-based systems have too many benefits to be ignored. They move the decision-making process back to those who have the information; remove the need for time-consuming meetings and appeals; and, if implemented with a Web-based tool, can be globally distributed to allow international participation.

In fairness, it should be said that market-based systems, if not well thought out, produce some scary results. For instance, trying to reduce the number of mid-air airplane near misses by giving air traffic controllers a mandatory week off with pay if three incursions occur in any one-month period creates the wrong kind of incentive. Market-based systems must be designed carefully and include experiments to validate their design.

[Market-based systems] move the decision-making process back to those who have the information; remove the need for time-consuming meetings and appeals; and, if implemented with a Web-based tool, can be globally distributed to allow international participation.

All cultures tend to fall in love with their current approach to solving problems and resist change. Innovation can come from anywhere, but it takes leadership to put innovative ideas into practice. A decision to change, which includes risk of failure, is not for the faint-hearted. There also will be resistance from all those who are skilled at using the current approach and don’t want to change to a new system, even if it is a better one. Five hundred years ago, in The Prince, Machiavelli wrote,

It ought to be remembered that there is nothing more difficult to take in hand, more perilous to conduct, or more uncertain in its success than to take the lead in the introduction of a new order of things. Because the innovator has for enemies all those who have done well under the old conditions, and lukewarm defenders in those who may do well under the new.

Whether you’re trying to allocate spacecraft resources, manifest Space Shuttle middeck lockers, or just trying to divide a piece of cake for two hungry twins, people should always keep an open mind about new ideas for solving old problems. After all, innovation is what’s needed to move society forward.

The research described in this paper was carried out by the Jet Propulsion Laboratory, California Institute of Technology, under a contract with the National Aeronautics and Space Administration.

Randii R. Wessen joined the Jet Propulsion Laboratory in 1984. He has worked on Voyager, Galileo, Cassini, and the Mars Exploration Rover projects. He has teamed with David Porter on market-based systems research for the past twelve years.