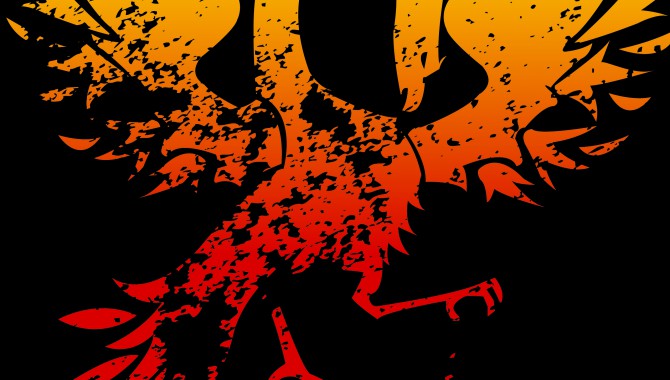 “If you’re going to be a project manager at NASA, you need to be prepared for cancellation.”
–Gene Austin, X-33 Space Plane program manager

When projects are closed on time, on budget, and within scope, and they meet or exceed stakeholder expectations, the process of closing out contracts, handing over deliverables, and releasing project resources is a rewarding conclusion to a successful project. Even when projects are closed under less than ideal conditions (maybe over budget or late), closure can be rewarding, especially for large projects or those of historic significance. Many projects end before they reach fruition, however. In fact, project cancellation is common. An April 2009 Project Management Institute (PMI) survey indicates that the number of companies canceling or delaying projects continues to grow as the economy struggles to recover. More than half the 1,000 randomly sampled PMI members and credential holders reported that their companies had canceled or delayed projects during the previous four months.

NASA’s history offers plenty of examples of projects that have been canceled or significantly delayed. NASA Procedural Requirement (NPR) 7120.5D lists factors for canceling a project, including anticipated inability of the program or project to meet its commitments, unanticipated change in Agency strategic goals, and unanticipated budget changes. Recently, the NASA Presidential Transition Team asked Agency officials to provide the latest information on Ares I, Orion, and the planned Ares V heavy-lift cargo launcher, and to calculate the near-term closeout costs and longer-term savings associated with canceling those programs. Even if project managers and team members are doing everything right, it is important to remember that no project is completely safe from cancellation, but project teams are often so focused on completing projects that the cancellation announcement comes as a shock. Cancellation is often out of the hands of a project manager and is usually externally initiated, but that does not relieve the project manager of the responsibility to manage the closure of the terminated project effectively. Proper project management and senior stakeholder involvement can minimize the negative effects on employees and the organization.

Jerry B. Harvey, Professor Emeritus of Management at George Washington University, found that project managers and team members are susceptible to experiencing anaclitic depression, a particular, circumscribed form of melancholy that we often experience when the individuals, organizations, or belief systems that we lean on for emotional support are withdrawn from us.2 The severity of this depression is likely linked to the length of time spent on the project, and the personal sacrifices made. As John Muratore recollects, for instance, “Seven years of my life were devoted to the X-38 Crew Return Vehicle project, and when it was canceled, it was a major grieving process.” Many project managers and team members also suffer from feelings of separation and abandonment. “I literally did not feel like going to work for three weeks, and I did not after receiving word that the Solar Electric Propulsion (SEP) Stage project had been canceled in 1976,” said Gene Austin, SEP team member and future X-33 Space Plane program manager. The range of emotions can vary from anger to grief. “There are hundreds of people in this country and Europe who have worked on the Dawn project for four years and had committed another decade to it, and now it is dropped. What can I say, it makes me cry,” said Lucy McFadden, Dawn team member.3

The widespread effects of cancellation can damage the organization as a whole. Michael Boomer and Victor Pease, professors of management at Clarkson University, researched the impact of project termination on productivity and found a significant loss of productivity for months beyond termination. Steve Cook, current manager of the Ares Projects Office and former acting program manager for Next Generation Launch Technology (NGLT), agrees with their findings and feels four to six months of employee productivity was lost after projects under the NGLT program were terminated.

“There are hundreds of people in this country and Europe who have worked on the Dawn project for four years and had committed another decade to it, and now it is dropped. What can I say, it makes me cry.”

Nonproductive time has a significant economic impact on the entire organization. Improved management during project closure can reduce the financial impact and increase productivity of team members. Dr. Harvey also found that an unhealed employee may never work with the same sense of enthusiasm, loyalty, and commitment.2 When terminations are perceived as a negative experience, employee commitment may never return to pretermination levels.4 This not only affects the productivity of the individual whose project was canceled, but also those they work with. An anonymous Stennis Space Center employee says that every time they work on a project, one of their team members tells them not to get too connected and reminds them of the canceled Advanced Solid Rocket Motor project. Steve Cook felt it took two years for team members to buy into the Ares program after being taken to the edge of the abyss after projects under the NGLT program were terminated.

Project termination sometimes also creates a negative work environment. Project managers or team members of canceled projects inevitably serve as a visible reminder of what could happen to other projects.2 “You’re considered radioactive when you’re leading a project or program that is terminated. Colleagues think they will get infected and don’t want to be near you,” said John Muratore. Meir Statman and David Caldwell, professors at Santa Clara University, reported that though companies acknowledge that project termination causes employee pain, they ignore the pain of employees who are retained while their projects are terminated.

Mishandled project termination also negatively affects the perception of the organization from the outside. Terminated government projects create a perception that taxpayer dollars have been wasted. Technical capabilities and leadership are also questioned when programs are terminated. These misperceptions can all be better controlled through proper closeout of the terminated project, which would include lessons learned and reports demonstrating the knowledge gained from the project, despite the cancellation, in addition to capturing the cost savings over the long term.

The Termination Review specified in NPR 7120.5D can produce a positive effect for future projects. X-38 team members, for instance, were given additional time to learn from hands-on experience after the project was canceled. The valuable experience they gained by continuing some work for an extra year on that project is now being put to use in leadership roles on Constellation.

The team should be made aware of the rationale behind the termination well before the official announcement. The team (and project manager) should be reminded that project termination does not always indicate project mismanagement. Because NASA mission projects are explorative and often unique, requirements (and consequently schedule and cost) may grow beyond the resources available to support them. As Ed Weiler, associate administrator of the Science Mission Directorate, stated, “These science missions are not the one millionth copy of a Toyota.”5Nevertheless, there is always something to be learned. The scores of terminated projects in NASA’s history probably have lost a wealth of information that could have helped future projects.6

Despite a project manager’s best efforts to capture the successes of a terminated project and assure their team that the project cancellation does not signify failure, some project members will still take the news hard.

To capture valuable knowledge and demonstrate the benefits of even terminated projects, team members should be allowed and encouraged to document accomplishments and status. Boomer and Pease’s research found the accomplishments of terminated projects were generally not recognized. The project manager should identify how the work completed will contribute to future projects and hold a celebration of the team’s achievements. Recognizing everyone’s efforts and accomplishments helps leave the project team ready to continue to do good work, not despondent that they somehow failed and may be doomed to do so again.

Despite a project manager’s best efforts to capture the successes of a terminated project and assure their team that the project cancellation does not signify failure, some project members will still take the news hard. These members should be offered employee assistance program services. These services can help them cope with the range of emotions they experience. Gene Austin points out that “project cancellation is a risk that we all take in this business, and seeking out and obtaining new project assignments is what gave me closure after serving on projects that were canceled.” The project manager should work with functional managers to reassign personnel to new projects and present team members’ plans for future assignments. These reassignments should be into comparable or higher positions, to eliminate the notion that the canceled project reflects on their capabilities. The managers may also take this time between projects to offer training opportunities as a step to more important roles on bigger projects.

Closure of a terminated project requires more effort than closure of a completed project. To aid in the process, this phase may be thought of and executed as a project in itself. The project manager must secure senior management’s involvement and support and may decide to appoint a termination manager. Since there is little time to plan when termination happens, planning for this phase deserves to be incorporated into the project planning cycle in the event that it becomes reality. Planning should produce clearly defined tasks, agreed-upon responsibilities, closeout schedules, a budget, and a list of outstanding or available deliverable items. The closeout must ensure that all contractual requirements are satisfied and all records properly stored. Finally, project resources must be released in a well-coordinated manner. The project manager owes it to the project team to deliver a final report detailing the project’s history, successes, discoveries, process improvements, applications to future projects, accomplishments, and lessons learned.

It is never easy to let go of a project, and even more difficult to have one pulled away, but by following the recommendations outlined in this article, project managers can turn a terminated project into a success story and prepare team members for even higher achievements.