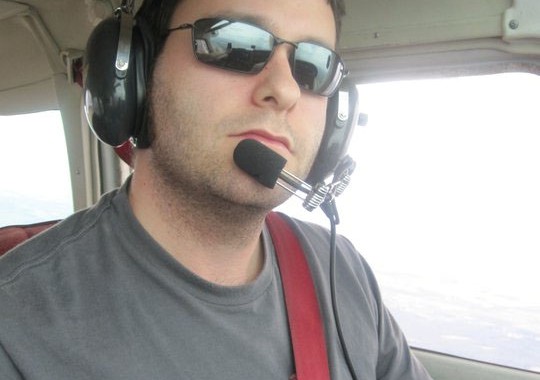 In a time of transition at NASA, Darius Yaghoubi wants to learn as much as he can. 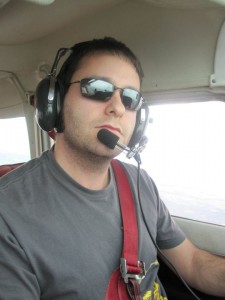 In the world according to television, if you work at NASA, you regularly don a white lab coat (horn-rimmed glasses optional) and pace around an office consisting of a chalkboard covered with complex equations and diagrams. A large rocket probably sits on a test stand dangerously close to your window.

“People think it’s either that, or I go up to the rocket with a wrench and tighten bolts or something,” said Darius Yaghoubi, in an accent that betrayed his British roots. He also regularly gets asked if he is an astronaut. Neither a technician nor a crewmember, Yaghoubi, a twenty-seven-year-old launch vehicle control systems engineer at Marshall Space Flight Center, is a self-described “desk monkey.” Together with his team, he performs control and systems design analysis. This involves running computer simulations of launch vehicle trajectories and vibrational modes, making sure that the vehicles perform properly.

For the first three years of his NASA career, Yaghoubi worked on the Ares I Program. Since the cancellation of the Constellation Program, Yaghoubi has been working on projects related to the Space Launch System (SLS). He is part of a development team that is creating a FORTRAN-based simulation tool that will analyze the liftoff and separation dynamics of the rocket, and he is leading a team to modify an existing heavy launch vehicle model analysis tool. Even with all of the uncertainty surrounding the agency, “I’m happy to be doing some worthwhile work,” said Yaghoubi.

Connecting across Generations, Borders, and Centers

Connecting with his peers, communicating with more experienced colleagues, and learning from other disciplines is important to Yaghoubi. Seeking out and making connections with other young professionals – especially at a center with such an experienced workforce – has played an important role in his career and added to his sense of belonging to a community.

Last April, Yaghoubi attended the Academy’s Masters Forum 20 in Melbourne, Florida. He appreciated the opportunity to step out of his world of rocketry and ponder Howard Rosss question of whether a match would burn in microgravity, and learn about the activities of international partners such as Centre National d’Etudes Spatiales (CNES), the Indian Space Research Organization (ISRO), the German Aerospace Center (DLR), and the Japanese Aerospace Exploration Agency (JAXA). He also had the chance to network with young professionals from other centers. 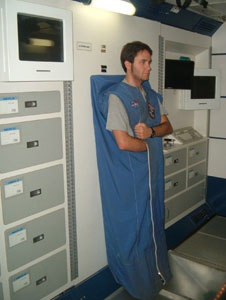 “Prior to the forum, I didn’t really know too many people at the different centers. Since then, I know people at Dryden, Johnson, Ames, Kennedy, Goddard, and Headquarters,” he said. “I know a lot more people throughout the agency and I’ve been talking to them a lot more. At most centers I have at least one person I know if I need information.”

Yaghoubi observed that regardless of which centers the young professionals were from, they all enjoyed having the opportunity to make connections with one another at the forum. “We all had a great time in just being part of NASA,” he said. “We were all one NASA, and that’s all we really cared about.”

Yaghoubi is part of a young professional group at Marshall called ‘Marshall Next.’ Started in November 2010, group members regularly meet on their own time to achieve a number of goals, including community outreach, connecting with early-career hires, making Marshall an attractive place for future employees, and professional development.

One of Yaghoubi’s Marshall Next outreach adventures this past March took him to a Woodland Elementary School kindergarten class in Lafayette, Indiana. The wide-eyed, attentive four- and five-year-olds were ready to learn. “It was really interesting because I’m used to teaching college students, and here I am teaching these kindergartners about space, and they’re asking me, ‘What’s the moon?’” explained Yaghoubi. After he quickly simplified his lesson for the day, the students made rockets out of straws and launched them with air pumps. They loved it. “It was really great to see that much passion in children wanting to learn about space, even if they are really young,” he said. “It was awesome.”

Sharing the NASA story extends beyond the kindergarten level, said Yaghoubi. This is another goal of Marshall Next. “If you work for NASA, you don’t realize how little the general public knows about space,” added Yaghoubi. “Most people think that the space shuttle goes to the moon.” Effectively communicating what NASA does to a number of audiences is important – and often more challenging that most realize. “We’re trying to help people understand what we do.” 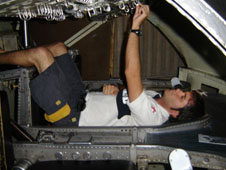 In his fourth year at NASA, Yaghoubi is learning all he can from the rocketry giants at Marshall. Recalling the challenge of simplifying his explanations for kindergarteners, Yaghoubi said, “It’s like I’m on the other end of that.”

He has experienced a learning curve. “Lots of times you’re just given a whole bunch of stuff to do and you don’t have too much experience with it,” he explained. “It can be good and bad—good in that it’s probably the best way to learn things, bad in that it can take a long time to figure something out.”

In the spirit of learning on the fly, he spends a lot of time on self-directed learning, mostly plowing through manuals and reading tutorials. He’s had small whiteboard sessions during which he’s learned more in two hours than in an entire semester. If he hits a wall, he talks to somebody for added guidance. “You have to have your own initiative to dive in and work through the problem yourself,” he said. “There are people here who are smarter than I’ll ever hope to be,” he said. “They’ve always been really good whenever I have questions about things.”

“I intend to stay here (at NASA) as long as I can,” said Yaghoubi. “It doesn’t really get much cooler than dealing with the high performance technology that we work with here,” said Yaghoubi. He enjoys working on cutting-edge technology and contributing to society in a meaningful way.

Yaghoubi looks forward to the day when he becomes an expert in something and can share it with the next generation. “There are people who are still very interested in NASA and people still working towards the advancement of our space programs, even if they are fresh out of school and haven’t been working here for years,” said Yaghoubi. “We’ve got lots still to do.”