Back to Top
Home/4.6/ASK the Academy/Volume 4/Academy Case Study — Weathering the Storm: Lessons from Hurricane Ike 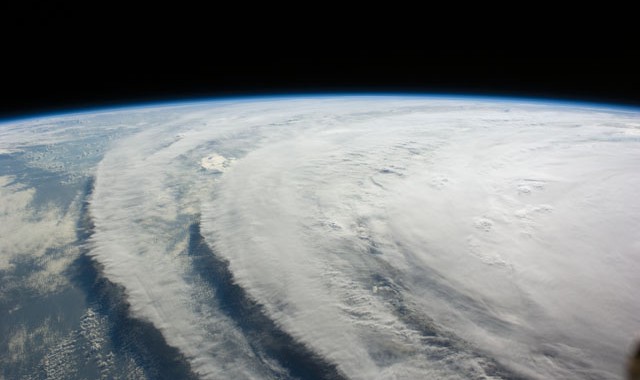 Image of Hurricane Ike taken by the crew of the International Space Station. Photo Credit: NASA

Surviving the third costliest hurricane to hit the United States reaffirmed a common lesson for NASA: in the event of an emergency, you’d better have a plan.

When the performance of one of NASA’s centers is hindered, mission success is at risk. Natural occurrences such as wild fires, earthquakes, snow storms, and hurricanes are usually not the first performance-threatening obstacles that come to mind at NASA—budgets and technical problems are more frequent show-stoppers. As Kennedy Space Center Emergency Manager Wayne Kee said at the 2010 PM Challenge, “When you’re dealing with emergency management, if the winds are not howling, and the rains are not blowing, and the earth’s not shaking, it’s out of sight, out of mind.”

Every center at NASA faces some threat of natural disturbance or disaster. Any number of natural disasters can shut down a center, threaten the well-being of NASA employees, and put missions behind schedule. Each center has emergency response plans in place, but the chance to execute and learn from these plans are far and few between—which can be both a blessing and a curse.

In August 2008, NASA astronaut Greg Chamitoff was aboard the International Space Station (ISS) with two cosmonauts from the Russian Federal Space Agency. A series of Progress and Soyuz spacecraft were set to dock and undock from the ISS between September and October. STS-125 was slated to launch October 8, 2008 for the final servicing mission of the Hubble Space Telescope. Mission Control at Johnson Space Center (JSC) was busy with operations and preparations for ongoing and future missions. From August to October, JSC would also endure three tropical storms—one of which would devastate the Gulf Coast of Texas and earn the title of third costliest hurricane to hit the United States. The JSC community had to be ready to persevere.

Read the ASK the Academy story about the Mission Control perspective.