Back to Top
Home/ASK the Academy/Volume 4/4.9/Message from the Academy Director: Focus and Flexibility 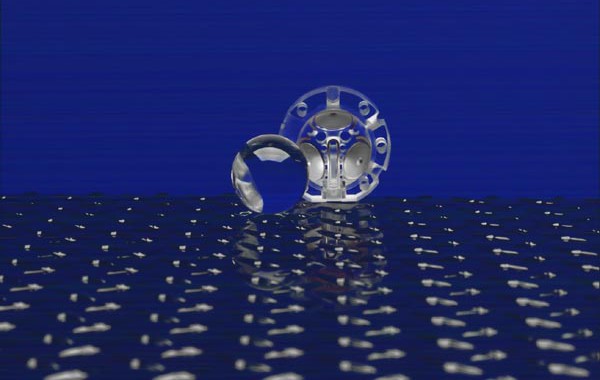 Image of an uncoated quartz rotor and half a housing on a sheet of diamond-plate steel. Photo Credit: Stanford University/Gravity Probe B

The paradox of project execution is that it requires both single-minded focus and the flexibility to change course when needed.

The longest-running project in NASA history was Gravity Probe B (GP-B), which first received agency funding in 1963 and launched in 2004. If that’s all you know, it sounds like something went terribly wrong if the project lasted more than 40 years. The real story is much more interesting and complicated.

Image of an uncoated quartz rotor and half a housing on a sheet of diamond-plate steel.
Photo Credit: Stanford University/Gravity Probe B

GP-B set out to confirm to key predictions of Einstein’s theory of general relativity. In order to do so, it required significant technology development. If you think back to the state of the art in 1963, the United States and the Soviets had launched a relative handful of satellites and manned missions. The payloads for those first weather and Earth-observing satellites were primitive by today’s standards. (If you visit the Air and Space Museum, you can see that the cabins for the Mercury missions were pretty low-tech too.) The GP-B experiment required precision measurements that were simply not yet possible in space. The first several years of the project were spent developing a relativity gyroscope experiment. Scientists and engineers learned a great deal about how spacecraft functioned in the space environment, and ultimately this technology development effort paid off: by the time GP-B launched, its star tracker and gyroscopes were the most precise ever designed and produced.

In its early years, GP-B operated on relatively low levels of funding, and it was kept alive (and rescued from cancellation) any number of times by personal appeals to Congress from Francis Everitt, its Principal Investigator at Stanford University. Its fortunes also depended on changes in policy at NASA. When the agency moved all science payloads on to the space shuttle and discontinued the use of expendable launch vehicles, GP-B’s mission design called for an experiment to be carried out on two shuttle launches. After the Challengeraccident, GP-B, along with other science missions in development, had to find another path to space.

In the mid-1980s NASA also tried what Administrator James Beggs called “the management experiment,” naming Stanford University as the prime contractor for GP-B. The early management team at Stanford had significant technical experience, but not a lot of experience managing NASA flight projects. As the technology matured, NASA brought the project back in-house at Marshall Space Flight Center in the late 1990s to ensure that it had the proper degree of management oversight as it began the path to a launch date.

After a last-minute delay that uncovered significant technical risk, GP-B launched in April 2004. Seven years later, the final results from the experiment confirmed that Francis Everitt’s experiment had succeeded in confirming Einstein’s predictions.

GP-B exemplifies the paradox of being flexible and focused at the same time. It changed direction countless times over forty-one years, but the main objective—testing Einstein’s predictions—remained the singular focus. In an increasingly unpredictable economic and political context, it’s a survival skill.