Back to Top
Home/4.9/ASK the Academy/Volume 4/This Month in NASA History: Mariner 9 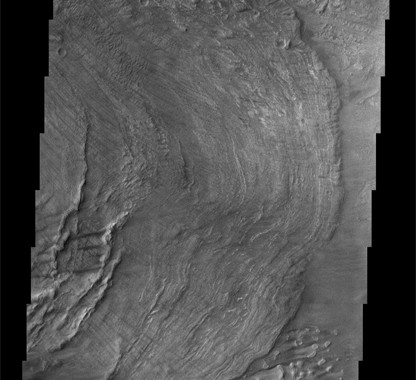 Image of landslides in the Melas Chasma on Mars taken by Mariner 9. November 13, 1971 is a red-letter date in the history of exploration. Thirty-one years ago today the American spacecraft, Mariner 9, became the first spacecraft to orbit another planet. Photo Credit: Credit: https://www.nasaimages.org

Forty years ago this month, Mariner 9 became the first mission to orbit another planet.

Two hundred and sixty-five seconds after launch, the Mariner 8 spacecraft’s upper stage started to oscillate and tumble out of control. The Centaur stage shut down, and the spacecraft payload separated from the Centaur, reentered the Earths atmosphere, and fell into the Atlantic Ocean. Mariner 8 was to be the first installment of the Mariner Mars 71 project, a two-spacecraft project designed to orbit Mars. The second installment, Mariner 9, would have to go it alone.

Image of landslides in the Melas Chasma on Mars taken by Mariner 9. November 13, 1971 is a red-letter date in the history of exploration. Thirty-one years ago today the American spacecraft, Mariner 9, became the first spacecraft to orbit another planet.
Photo Credit: Credit: https://www.nasaimages.org

Mariner 9 absorbed the mission objectives of Mariner 8, and became the first spacecraft to orbit another planet. The spacecraft carried six scientific instruments: infrared radiometer, ultraviolet spectrometer, infrared interferometer spectrometer, an S-band radio occultation experiment, gravity field investigations, and a high and low resolution television imaging system. Combined, the instruments studied the temporal changes in the Martian atmosphere and surface and mapped 70 percent of the Martian surface. It launched on May 30, 1971.

Prior to orbit insertion, Project Manager Dan Schneiderman sought a relationship with the Viking team to find ways to use the spacecraft’s orbital cameras to seek out potential Viking landing sites. On September 22, Mariner 9 beamed back images that showed what would become “the greatest, most widespread Martian dust storm ever recorded.” While the sight was amazing, the Viking team worried about their landing opportunities. The Soviets had attempted two soft landings on Mars during the storm, both resulting in failure.

Finally, the storm cleared in December 1971. The Mariner and Viking teams met to evaluate the data Mariner 9 had returned thus far. The dust on the planet made it difficult to acquire the images the Viking team needed, and might not clear in time so Mariner 9’s images could be useful for the Viking mission. Fortunately, the surface cleared in late February and Mariner was able to map the areas pertinent to the Viking mission. The image reports were positive, and ultimately led to the selection of the Viking lander sites.

The Mariner 9 mission changed previous conceptions of the Red Planet. Instead of being dead and stagnant, the images showed a geologically active planet. Mariner 9’s data increased the excitement around the search for life.

There were a total of ten Mariner missions that flew to Mercury, Venus, and Mars. Mariner 9 remains in orbit around Mars until 2022, when it is expected to burn up or crash on to the surface.

Read more about the history of Mariner 9 and Viking in On Mars: Exploration of the Red Planet. 1958 1978.