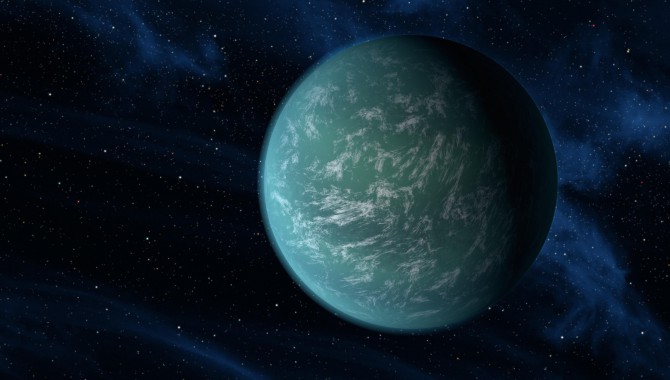 NASA’s Kepler mission has confirmed its first discovery of a planet in the “habitable zone,” the region where liquid water could exist on a planet’s surface. The newly confirmed planet, Kepler-22b, is located 600 light-years away and, at about 2.4 times Earth’s radius, is the smallest yet found to orbit in the habitable zone of a star similar to our sun. Scientists don’t yet know if Kepler-22b has a predominantly rocky, gaseous, or liquid composition, but its discovery is a step closer to finding Earth-like planets. Learn more about this discovery and Kepler’s mission at www.nasa.gov/mission_pages/kepler.

NASA’s new custom-produced Internet radio station, Third Rock—America’s Space Station, seeks to reach tech-savvy young adults. “NASA constantly is looking for new and innovative ways to engage the public and inspire the next generation of scientists and engineers,” said David Weaver, associate administrator for the Office of Communications at NASA Headquarters. Third Rock will also help partner companies fill job openings in the engineering, science, and information technology fields. In addition to the NASA web site, the station will be available in the future at the radio tab of Apple’s iTunes and on other sites as well as through NASA iPhone and Droid mobile apps. Listen now at www.rfcmedia.com/thirdrockradio.

PBS’s NOVA scienceNOW investigates what it takes to make spacesuits less bulky for future space travel. Featuring an introduction by Neil deGrasse Tyson and interviews with NASA astronaut Mike Massimino and Dava Newman from the Massachusetts Institute of Technology, the episode explores what today’s spacesuits are like and how they could evolve to make space exploration more manageable. Watch the episode online at video.pbs.org/video/1741682176.