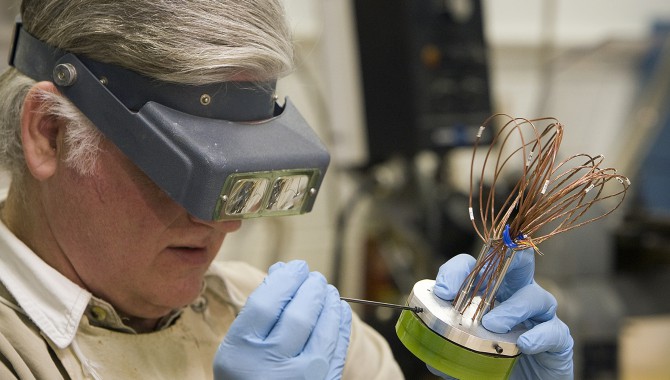 Requirements change. Policies change. Personnel change. Projects are constantly exposed to internal and external challenges, and an inability to respond has been many a project’s demise. 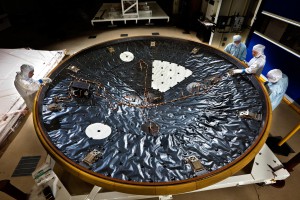 The Mars Science Laboratory entry, descent, and landing instrument (the black box in the middle left of the photo) will measure heat-shield temperatures and atmospheric pressures during the spacecraft’s high-speed, extremely hot entry into the Martian atmosphere.
Photo Credit: NASA/JPL-Caltech/Lockheed Martin

To survive, projects must learn to adapt. Stafford Beer, author of Brain of the Firm, created a model—the Viable System Model, or VSM—capable of determining an organization’s viability, that is, its ability to adapt to change. NASA project managers can use this model to help determine and maintain their projects’ viability.

According to VSM, viable systems must have five functional subsystems: policy making, intelligence, adjustment, coordination/monitoring, and implementation. It is also a recursive model, meaning each subsystem must itself be viable down to the lowest subsystem. Ensuring a system has this recursion is extremely important as it allows a system to adapt more quickly to changes in the environment.

To determine whether or not their projects have well-functioning subsystems, NASA project managers should be able to answer several questions.

To determine whether or not one of our projects was viable, we applied these questions to the Exploration Technology Development Program’s (ETDP) Entry, Descent, and Landing (EDL) project. The goals of the EDL project were to develop and test new thermal-protection systems and materials, modeling and simulation tools, and supersonic retropropulsion technologies to support human Mars-exploration missions.

EDL as a Viable System 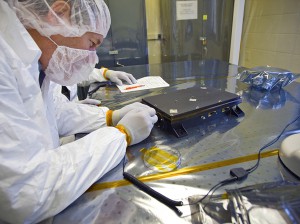 Much of the Mars Science Laboratory entry, descent, and landing instrument, including the sensor support electronics box, was designed, built, and tested at Langley Research Center.
Photo Credits: NASA/Sean Smith

To ensure the new EDL project was set up to be viable, then-project manager (PM) Paul Krasa from Langley Research Center worked closely with the principal investigator (PI), Mike Wright from Ames Research Center. The PI was in charge of technical direction while the PM monitored and controlled managerial aspects such as performance, cost, and schedule. There was also a business office staffed to monitor the project’s risks, schedule, budget, and configuration control. But did the project successfully implement the five VSM subsystems?

The PM and PI initially set the vision and overall direction for EDL. As the team grew, the vision and direction changed through a collaborative process that involved key individuals from the project, including the PM, PI, deputy PM and PI, deputy PM for resources, and element leads. Their decisions also included input from their ETDP customer, key subject-matter experts, and systems analysis, as well as knowledge of other NASA EDL project activities. While the PI set technical goals for the elements, the PM determined how and when progress toward those goals would be set, and they mutually determined financial splits between technical elements. This information was captured and distributed through the official project plan developed by the PM and PI, and approved by ETDP. In addition, the PM and PI had total authority over their project and were able to control all resources and personnel issues. We knew who was responsible for which elements, and the responsible party had the authority to make decisions. Based on this, we knew the EDL project had a viable policy-making subsystem.

Tying into and collecting data from the environment was crucial to the EDL team. Project leaders and personnel participated in weekly and quarterly meetings with ETDP and also communicated regularly with sister EDL projects (for instance, hypersonics efforts in aeronautics and planetary-landing efforts in science). EDL’s project leadership used this communication to collect needs and requirements while simultaneously conveying their own project’s mission, capabilities, and importance. In other words, while we were collecting information, we were also marketing. The project was very active with outreach and educational activities.

Project leadership encouraged members to present their work at conferences. As important information was collected from the environment, project leadership ensured that it flowed to the project through e-mail, weekly staff meetings, and quarterly EDL project meetings—face-to-face gatherings that included representatives from the program, EDL sister projects, and other individuals who were influential in the community. We carefully developed agendas to foster a relaxed and open communication environment that resulted in active feedback and, thus, active intelligence gathering. By building relationships with customers and stakeholders, encouraging other outreach activities, and ensuring dissemination of information to all project personnel, EDL’s project leadership ensured the project had a viable intelligence subsystem. 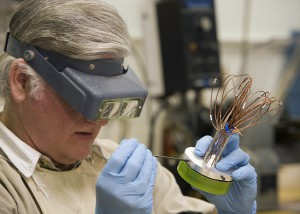 When problems arose—for instance, difficulty reaching a milestone—the PM, PI, business office, and technical leads would discuss and decide upon the best remedy, which might include slipping the schedule (if possible), descoping the work, or adding resources. For example, a milestone requiring a downselect of materials was approaching, but the element manager made the case that a downselect would be invalid because of a lack of data from vendors and testing. The element lead said another year would be required to make the downselect correctly. After much debate, the project’s management decided that a delay was warranted. Once a decision like this was made, the change was communicated to the rest of the project and captured in the project plan. By ensuring that progress was being monitored and actively adjusting the project plan to meet fluid program requirements, EDL’s project leadership created a viable adjustment subsystem.

EDL’s project leadership knew coordination and monitoring would be crucial to success and established how these functions would work before the project began. The plan established that information would be transmitted and progress tracked through e-mail, telephone calls, and meetings. EDL monitored project progress by having the technical elements report their accomplishments and problems at weekly staff meetings. Special meetings such as the EDL quarterly also enhanced project coordination and monitoring.

The element leads had their own weekly meetings. On a monthly or quarterly basis, element leads would invite their NASA counterparts from other EDL projects to discuss issues and work across the agency. This allowed the EDL project to continuously monitor the program’s mandate to ensure the project’s portfolio of investment was complementary with other NASA EDL investments. This strong coordination and monitoring subsystem helped ensure the EDL project remained viable. 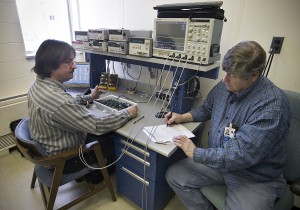 All project elements that develop and deliver products or services to customers make up the implementation subsystem. EDL’s subsystem consisted of three technology-development elements: thermal-protection systems that developed materials for reentry systems and conducted tests of those materials; supersonic retropropulsion that developed propulsion systems for landing heavy payloads on the Martian surface; and models and tools development that studied and created new computational tools critical for developing EDL systems.

Project leadership chose a technical leader for each of these elements, and each was expected to implement policies and meet requirements set by the PM and PI, regularly report progress toward these goals, and coordinate and communicate with the other elements. In addition, each technical element was expected to communicate to the rest of the system any pertinent information gathered from the environment.

When conducting an evaluation of the viability of each technical element, EDL’s project leadership felt the elements’ intelligence subsystems were performing inadequately. There was a serious lack of coordination with the EDL sister project in aeronautics. To address this issue, both EDL projects decided to share the same principal investigator. While this greatly increased the PI’s workload, it was considered necessary to improve information flow between the two projects. After this change, the technical element leaders of both projects began to communicate more and build working relationships. Also, the leadership of each of these projects began attending each other’s meetings, helping increase efficiencies and decrease redundancy. By improving the communication between the two projects, the viability of both was greatly increased.

In EDL’s two short years of existence, the project experienced two major changes to its primary stakeholder. To begin with, ETDP was mandated to form the EDL project; they were not given a choice, which initially caused an uneasy relationship between the project and the program. EDL worked diligently to meet the program’s needs, and by the end of the first year was highly rated for its performance. In the second year, ETDP was completely reformulated, including the program’s top level of management. These changes at the program level led to many budgetary and scope problems for the EDL project. Even with these programatic challenges, though, the EDL project accomplished great things, such as the first design-to-test of a supersonic retropropulsion model in more than twenty years, and completion of tests to prove the viability of flexible ablative materials for EDL purposes. Because of the forethought of the project management to ensure their organization was a viable system, the EDL project was able to quickly adapt and succeed in meeting the constantly shifting goals and requirements of their stakeholders.

VSM can be a good lens through which to view NASA projects to determine if they have the necessary subsystems and communication channels. Doing so can help ensure these projects can withstand the changes inevitable in our complex and dynamic environment.

Paul W. Krasa is a project manager in the Aeronautics Research Directorate at Langley Research Center. He started his NASA career at Kennedy Space Center, where he worked on both the Space Shuttle and International Space Station. While at Langley, he has led a wide array of projects from subsonic flight to spaceflight. Mr. Krasa has a BSME and MS in engineering management from the University of Central Florida. His favorite part of project management is developing high-performance multicenter teams that meet the national needs of the agency.