A few decades ago a Massachusetts Institute of Technology researcher, Ithiel de Sola Pool, put out a book called Predicting the Telephone. 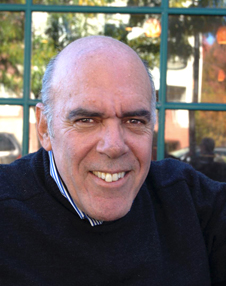 In it, he discussed the predictions and hopes that people in the early twentieth century had for what seemed like the soon-to-be-accomplished achievement of universal telephony. I was much taken by this book and actually dug a bit further and found that the predictions by the best and brightest of that era were even more extreme than Pool suggested. Maybe the most wrongheaded among a range of wrongheaded visions was the widespread belief that, because kings, kaisers, tsars, and presidents would be able to talk directly to one another, without intermediaries or cumbersome mechanisms like the telegraph, there would never be another war. Well-meaning rulers could solve their differences by direct communication and peace would prevail. This comforting assurance ushered in the bloodiest century in recorded history.

Does this sound familiar? Evgeny Morozov thinks so. In his new book, To Save Everything, Click Here: The Folly of Technological Solutionism, he discusses how predictions for the Internet are following this same trajectory: first amazed delight and dreams of universal applicability and revolutionary positive effect; then the reality of the technology being adapted to the same ends that were prevalent in the culture before, perhaps accomplished with more efficiency thanks to the technological innovation. The grand point he makes is that culture and settled patterns of behavior are far more  powerful and more deeply entrenched than many of our technological utopians think. Real cultural change is complex, difficult, and relatively rare, and no single technology can bring it about, no matter how dazzling its features.

Let’s look at two predictions closer to our own time that may be more immediately familiar to you than the early telephone.

When computerization in its varied forms was beginning to be widely used in organizations beginning in the mid-1980s, many commentators predicted that the development would tend to flatten bureaucratic hierarchies and make these organizations far more democratic and efficient. They reasoned, in part, that the widespread availability of the knowledge and information that informed decisions and created value for organizations would mean that leaders could no longer claim the role of exclusive decision-makers and the rewards that went with it. This flattening was even predicted for government agencies (though, to be fair, with far less confidence).

Two Harvard Business School researchers looked carefully into this issue and found that perhaps the reverse had happened—that technology allowed power and centralized control to be even more concentrated and enforced, a trend that is still continuing. I can perhaps add that the predicted beneficial effects on organizations of social media can also be added to this list.

Real cultural change is complex, difficult, and relatively rare, and no single technology can bring it about, no matter how dazzling its features.

Another example was predictions about early television. My father worked in midtown Manhattan in the late 1940s when it was the home of the major TV networks. He knew some people who worked in this new industry. He told me that they believed TV would elevate the cultural and political level of the nation, somewhat like the BBC in England. Shows like Meet the Press would be an aid to democracy, presenting politicians in tough press interviews and creating a more informed electorate. No comment is needed here.

Morozov follows in a long line of techno-skeptics who emerge from all points on the political spectrum when others confidently predict the world-changing effects of some new technology or other. These voices have been crying in the wilderness since the early nineteenth century. They have argued for the strength and durability of culture, the likely use of new tools to enhance and promote already established forces, and the difficulty of ever making substantive changes. They bring up an issue, as Morozov does, that is almost totally ignored by techno-utopians of all stripes: power. Commercial power, political power, and the power of enduring social structures are formidable. It is hard, if not impossible, to bring about change without taking power into account as it is usually the powerful people and forces that one is trying to change and no one gives up power easily or voluntarily.

While not anti-technology, these writers remind us that the fantasies that seem to spring eternal whenever a new technology becomes widespread should be viewed with a skeptical eye. Yes, we have made tremendous strides in using technologies for our everyday comfort and health. No one wishes to do away with the real benefits of modern medicine and the convenience of modern communication. But potential solutions to major problems and difficulties facing us today have much more to do with good judgment, wisdom, and determination than with some new tool, no matter how amazing it seems at first glance.