Back to Top
Home/CKO News/My Best Mistake: Weiping Yu’s "To Thine Own Self Be True" 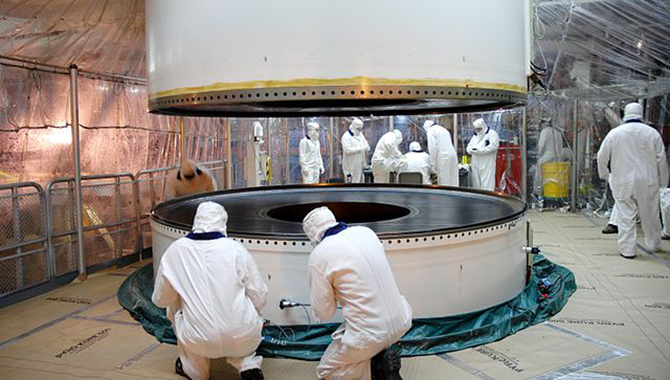 In a Vehicle Assembly Building high bay, an aft center segment of a Solid Rocket Booster is lowered toward a segment already in place.

I made my mistake over and over again for many years.

When I was young—a student—I decided I wanted to be another Isaac Newton and make discoveries as fundamental as the laws of motion and gravity. Later, it was Albert Einstein I wanted to emulate, imagining an accomplishment as complex and astonishing as his theory of relativity.

My mistake was wanting to be someone else. Later, I imagined I was a shrewd businessman or a rich and successful stock market trader. That fantasy caused me to lose a big chunk of my retirement savings.

Eventually—after too long a time—I realized I was not going to be rich or a rock star or as famous as Newton or Einstein. There was only one person I could be: myself.

Of course, before I could be myself I had to understand who I was. I asked myself what I loved. Well, I loved physics, searching for greater understanding of our universe and putting my knowledge to work in practical ways. My new goal was to be faithful to myself, to be truthful, and comfortable in my own skin.

Being myself has served me well in my career at NASA. My mistake was valuable—my best mistake—because it taught me that I could only make a contribution by trusting how I saw and understood things and being brave enough to share that understanding with others.

I can give you two examples.

After the Columbia tragedy, when many of us at NASA were working to make a return to flight possible, I worked on the shuttle’s solid rocket boosters. To ensure safety, some people proposed that we perform foam impact tests on 1,000 components. The downside? Those tests would have cost at least $3,000 each, necessitating millions of dollars and lots of time and manpower, further delaying a return to flight. So I questioned myself: what would I do to achieve the goal of safety for future flights? I determined that we could conduct fewer tests, then use those results to calibrate a new computer model that would allow us to simulate additional tests. I spoke up in meetings and my idea was accepted. In the end, we did fewer than 100 actual impact tests and our computer simulation turned out to be extremely accurate.

My second example occurred when Kennedy Space Center was approached about launching a satellite on a military rocket from one of our launch sites. A group of us were asked to examine the safety of the rocket to determine the likelihood of damage to the launch pad. One of my jobs was to read the safety document on the launch vehicle that would be used. Going through it, I thought I found an error that would mean the rocket was less safe than the document concluded.

I was uncertain. I was not an expert in the field. Who was I to suggest there was an error in a document that had been written by an expert and accepted by many knowledgeable people? But I could only be myself—the person who believed he saw an error. So I spoke up, and it turned out I was right: the figure so many had accepted was wrong.

Even if I hadn’t been right in this case, I believe that saying what I thought to be true was my responsibility and part of my individual  contribution to NASA’s success.

Dr. Weiping Yu is a scientist/physicist at NASA Kennedy Space Center, Florida. Yu holds a doctorate in Engineering Physics and is a pioneer researcher in theoretical and applied physics.