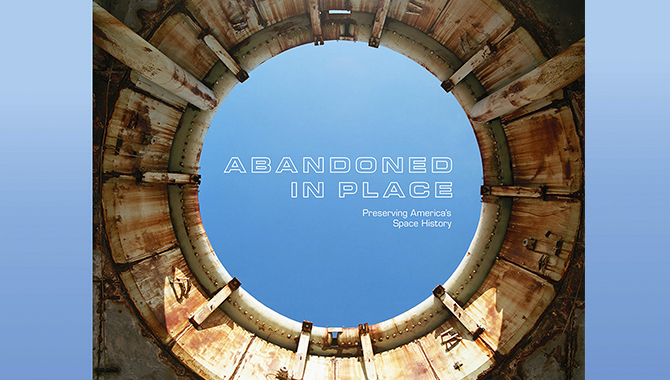 A new book by photographer Roland Miller memorializes elements of America’s early space program while capturing the spirit of exploration that continues to drive NASA today.

Nearly 30 years ago, Miller took his first photograph of an abandoned relic of the Gemini Program: Launch Complex 19 at Cape Canaveral Air Force Base in Florida. Over the next 25 years, he traveled across the U.S. capturing images from NASA’s golden age of manned space exploration. Vising launch sites, test facilities, silos, and control rooms, Miller documented the first era of the U.S. human spaceflight program. The resulting photographs provide the basis for the publication Abandoned in Place: Preserving America’s Space History.

Many components of the Mercury, Gemini, and Apollo programs were repurposed and reused once the missions ended. At Cape Canaveral, Launch Complexes 39A and B were converted for the Space Shuttle Program. At Stennis Space Center, the Saturn V A-1 test stand was reworked to support the shuttle program and, more recently, the Space Launch System. But infrastructure that could not be recycled was left as it stood, typically marked with the designation: ABANDONED IN PLACE.

Miller felt it was important to preserve these historic sites for future generations. “The engineering that went into creating the structures intrigues me,” he wrote. To memorialize it, he photographed launch sites for the Mercury Program and the Gemini Program, test stands at Edwards Air Force Base and Marshall Space Flight Center, wind tunnels at Langley Research Center, key infrastructure for the Apollo Program at Cape Canaveral, and more. His images and text portray the evolution of the space program from early unmanned rockets to the successful missions that sent humankind beyond low Earth orbit (LEO) for the first time.

“Part of the importance of documenting these historic remnants of early space travel and exploration lies in the remnants’ capacity for inspiring curiosity and creativity. They inspire our primal instincts to explore and push boundaries,” Miller noted.

His images bring to life the power of those “primal instincts,” which even today drive the agency to pursue new frontiers of human spaceflight. While the sites he photographed were deserted long ago, they come across as vivid monuments to human ingenuity and serve as inspiration for the next phase of manned deep space travel: NASA’s journey to Mars.