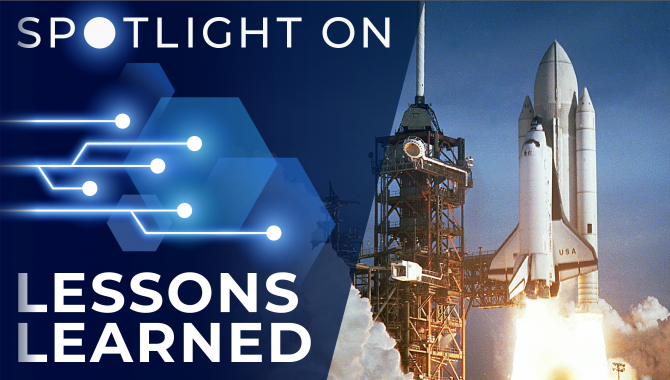 Multiple factors made assessing the root cause of any particular debris event very difficult, and sometimes impossible. In the absence of predictive math models, a process had to be developed for justifying certification to fly.

Prior to the 2003 Columbia accident caused by a two-pound chunk of foam from the External Tank striking the orbiter’s left wing, ice had been considered the most likely and potentially destructive source of debris. Foam was generally thought of as familiar and uncomplicated.

Following the Columbia tragedy, the space shuttle fleet was grounded for two and a half years to determine the root cause of the incident and implement the necessary design changes. On the Return to Flight (RTF) mission in July 2005, the External Tank shed foam from numerous locations and the largest piece was 25 times greater than the certified limit. The shuttle fleet was grounded again and two separate investigation teams were established to determine the root cause of each piece of debris and make recommendations for the second post-Columbia RTF mission.

This lesson learned and accompanying case study illustrate the development of inspection, repair and process changes to minimize the foam debris risk during shuttle launches. The case study challenges the reader to consider programmatic and technical issues in decision-making on complex systems.

Consult the lesson learned and case study for complete lists. 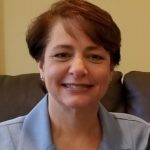 This case study chronicles the development of flight rationale for the two return-to-flight decisions after the loss of the Space Shuttle Columbia. The case study illustrates the difficulty of creating predictive models of seemingly common materials and ensuring flight safety when process control is the predominant form of risk mitigation. At 20 pages long, the case study provides sufficient background to illustrate the issue at several decision levels and explains the challenges that others might face when generating valid flight rationale. This case study has been used multiple times in organizational and leadership training. An addendum is attached that documents the actual risk assessment used for the decision making.