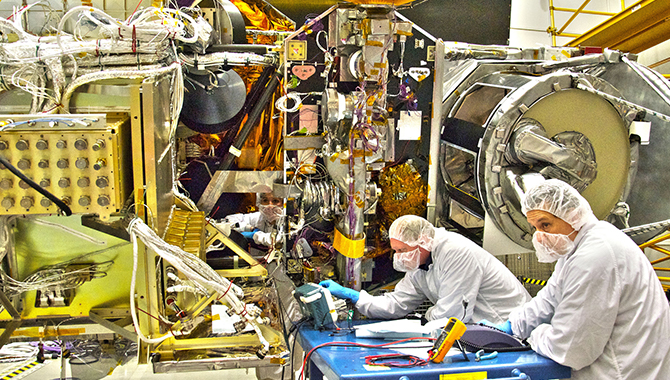 Systems engineering is a complex, interdisciplinary field that requires curiosity, self-confidence, and persistence to succeed. Systems engineers look across complex projects and programs, always considering the whole, while balancing the many components into an optimized design.

The VPMC staff researched the topic and asked viewers, who responded in a poll, ranking what they consider the key characteristics of effective systems engineers.  Eight NASA systems engineers appear in the VPMC, with each discussing one of the seven habits and how it has applied to their own career. 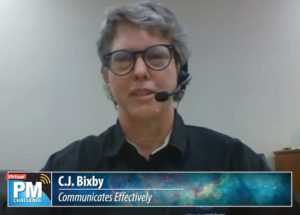 Given the broad scope of systems engineering and the complexity of NASA projects, effective communication, which includes listening, is paramount. C.J. Bixby, the Chief of the Systems Engineering and Integration Branch at Armstrong Flight Research Center said it’s important to be able to clearly translate and transfer information up, across, and down the project hierarchy in a timely manner. “Optimal communication is a knowledge exchange,” Bixby said. “Every time you have conversation, you have the opportunity to build trust.” 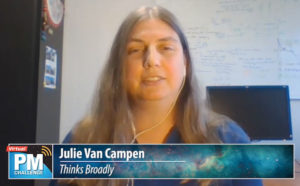 An effective systems engineer can think broadly to understand how all the components of a large project connect. Julie Van Campen, the Lead Systems Engineer for the Integrated Science Instrument Module on the James Webb Space Telescope said the key here is to gather and organize information without judging it prematurely. She also advised systems engineers to seek understanding of connections and relationships. “Information resides in different forms in different places,” Van Campen said. “You have to have your mind open to different people and different ways for it all to come in to you.” 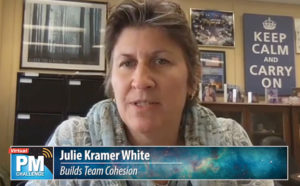 Building an effective team, in which each member feels appreciated and acknowledged, is crucial for systems engineers. Julie Kramer White, Deputy Director of Engineering at Johnson Space Center, said that systems engineers must proactively cultivate team cohesion, employing soft skills to motivate stakeholders. “The reality is, to build a great culture, you’ve got to look at all the different factors that are motivating people on the team, and what it is they bring to the team,” Kramer White said. 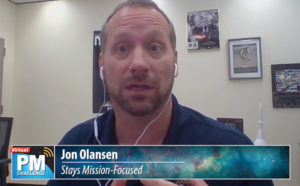 Jon Olansen, Manager, Ascent Abort-2 Crew Module at Johnson Space Center discussed the importance of staying mission-focused. Olansen said it’s important for a systems engineer to manage risk across the entire mission and become comfortable working with experts in other disciplines. “As a systems engineer, you need to be able to look across [the] subsystems, look at what the different disciplines are trying to do, and be able to weigh them against each other,” to find the appropriate risk posture from a mission perspective, said Olansen 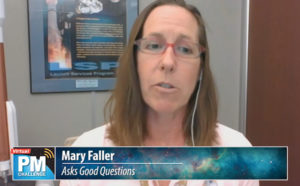 Effective systems engineers are curious, asking good questions at the right time. Mary Faller, Senior Mission Manager, Launch Services Program, at Kennedy Space Center, noted that many people are reluctant to ask questions. But, asking good questions, even of experts, and following up if there is avoidance or evasive body language, is important. “Failures are caused by us not knowing what we don’t know,” Faller said. 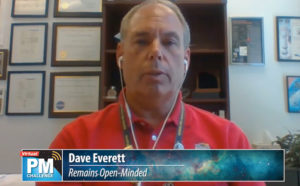 Keeping an open mind enables a systems engineer to effectively weigh new ideas or opinions. Dave Everett, Senior Staff Engineer in the Mission Systems Engineering Branch at Goddard Space Flight Center, advises systems engineers to actively solicit ideas inconsistent with their own. “If everybody’s looking at the problem the same way, then there’s  …another aspect that’s hidden from everyone,” Everett said. 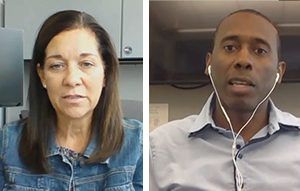 Because systems engineers work on complex projects, being able to see it from multiple dimensions is critical. Julie Grantier, Senior Lead for Systems Engineering at Glenn Research Center cautioned systems engineers to resist the temptation of going too far into the details and creating a more complex as they think in multiple dimensions. “…Sometimes pull yourself back, think more broadly,” Grantier advised.  Denton Gibson, Senior Vehicle Systems Engineer at Kennedy Space Center says he makes it a point to spend time with the different disciplines to learn how they look at things, what they look for, and the data products they need. “That was pivotal in really understanding them and giving me the ability to look at things from multiple dimensions.”

Click here to learn more about the VPMC session, watch a recording, and find background material on the characteristics of highly effective systems engineers.