Back to Top
Home/INSIGHT/Amazing Updates on Key NASA Missions 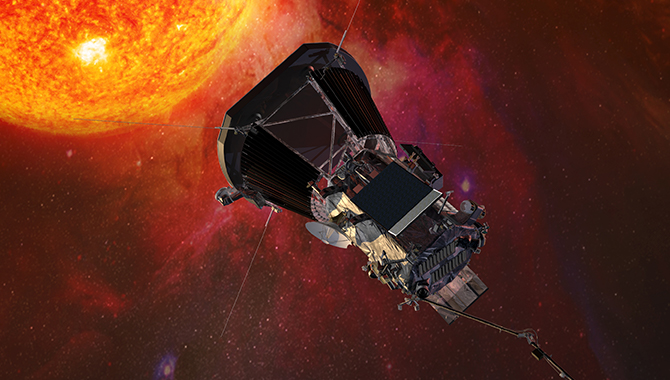 NASA’s current missions are pushing the boundaries of engineering and expanding scientific understanding of our solar system. Here are some updates:

The Parker Solar Probe is rapidly approaching the perihelion of its third petal orbit around the Sun, moving through the corona’s intense heat at about 213,000 miles per hour and there’s reason to believe that this might be the most productive orbit yet.

The spacecraft—especially the telecommunications system—is performing well beyond pre-launch projections. Earlier this summer, the spacecraft completed transmitting 22 gigabytes of information to the team at the Johns Hopkins Applied Physics Laboratory. This data, gathered during the first two orbits, is 50 percent more than the team expected at this point in the mission.

Because the system is transferring data so effectively, the team has already turned on the probe’s four suites of instruments in advance of the perihelion on September 1. The instruments will collect data longer as the probe moves away from the Sun, as well, more than tripling the collection period—from 11 to 35 days.

The probe’s instruments measure magnetic and electric fields, count the electrons, protons, and helium ions in the corona and measure their velocity, density, and temperature. A Wide-Field Imager, the only camera on the probe, looks for large events in the corona that can then be linked to the observations of other instruments.

“As we learned more about operating in this environment and these orbits, the team did a great job of increasing data downloads of the information gathered by the spacecraft’s amazing instruments,” said Nickalaus Pinkine, Parker Solar Probe mission operations manager at APL, in a NASA press release.

The mission is designed to improve scientific understanding of the Sun, especially solar winds and solar storms. The stream of electrons, protons, and alpha particles released from the corona, known as the solar wind, can impact Earth and space missions. They vary from a steady subsonic “breeze” to a supersonic flow.

The team of the Origins, Spectral Interpretation, Resource Identification, Security-Regolith Explorer (OSIRIS-REx), which is orbiting the small asteroid Bennu, has identified four potential sites for a sample collection later in the mission. The spacecraft was designed to briefly contact the asteroid via a sampling arm, touching the surface and releasing a burst of nitrogen gas. This will loosen and raise rocks and surface material, which will be captured in a sampler head. 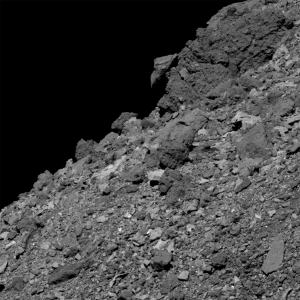 The team faces the challenge that Bennu is much rockier than pre-mission estimates, which were based on observations from equipment on Earth. Instead of large areas of fine-grained material, the first images from OSIRIS-REx revealed surprisingly rugged terrain, with many large rocks strewn around the asteroid, which is roughly 0.3 miles in diameter, and has 1-in-2,800 odds of impacting Earth between 2175–2199.

“We knew that Bennu would surprise us, so we came prepared for whatever we might find,” said Dante Lauretta, OSIRIS-REx principal investigator at the University of Arizona, Tucson. That preparation included building an extra 300 days into the mission to address the unexpected. “As with any mission of exploration, dealing with the unknown requires flexibility, resources and ingenuity.”

The terrain not only made potential site identification more difficult, it ultimately required the team to significantly change the parameters of a sample site. The four target sites under consideration range from 16 to 33 ft in diameter—as much as 5.12 times smaller than the original target radius of 82 ft. The team also had to adjust navigation and sampling techniques to improve the spacecraft’s accuracy during the sampling maneuver.

The team will continue to evaluate the four potential sites, considering grain size, boulder maps, and other data, before selecting a primary site and a backup site sometime in December.

On Mars, the InSight lander’s Heat Flow and Physical Properties Package (HP3), self-hammering mole, has encountered a challenge extending into the Martian soil. Designed to reach a depth of as much as 16 ft, the mole has been unable to move beyond 1 ft deep since late February. 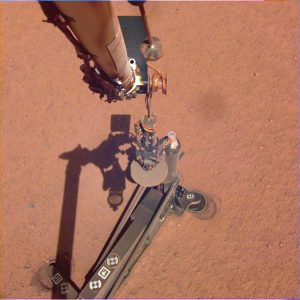 Although the mole is stopped, the InSight team is busy trying to discern the exact nature of the challenge and develop a solution. A leading theory involves soil at the site, which has significantly different characteristics from previous sites NASA has examined on Mars.

Scientists and engineers at NASA’s Jet Propulsion Laboratory in Pasadena, California, and the German Aerospace Center believe the soil may have compacted into a pocket around the mole, rather than clinging to it, providing the friction it needs to balance recoil from its hammering motion and move forward. Images from InSight’s robotic arm camera appear to show a pit has formed around the mole.

The team is using a scoop on InSight’s robotic arm to press the Martian surface around the pit in an attempt to collapse the soil onto the mole to increase friction. The InSight team also hasn’t ruled out the possibility that the mole has struck a rock too large for it to deflect.