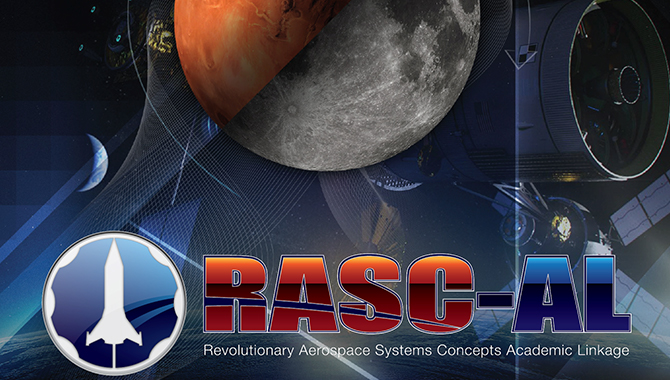 When Edwin “Buzz” E. Aldrin Jr. became the second human to walk on the surface of the Moon in 1969, he remarked on the “magnificent desolation” before him. Today, 50 years later, NASA has a clear goal to return to the Moon by 2024 and plans for astronauts to remain on the surface much longer. To extend those missions as long as possible, the astronauts will need to effectively utilize the water ice and other resources NASA has since discovered evidence of on the Moon.

NASA has learned a great deal about the Moon in the decades since Apollo 17 Commander Eugene Cernan and Lunar Module Pilot Harrison Schmitt left the lunar surface on December 19, 1972. Missions such as the Lunar Reconnaissance Orbiter (LRO) and the Lunar Atmosphere and Dust Environment Explorer (LADEE) have contributed a great deal to scientific understanding of the Moon’s topography and composition.

In 2009, the Moon Mineralogy Mapper instrument, which flew aboard Chandrayaan-1, India’s first mission to the Moon, discovered evidence of water molecules in the polar regions. NASA later confirmed that there is water ice on the surface of the Moon at the poles, where the ice is shielded from sunlight. 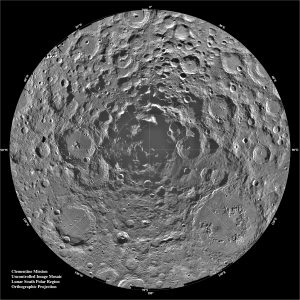 The polar regions of the moon are of special interest because of the postulated occurrence of ice in permanently shadowed areas. The south pole is of greater interest because the area that remains in shadow is much larger than that at the north pole.
Credit: NASA/JPL

These precious resources are found in especially harsh conditions. Temperatures in craters at the poles on the Moon can drop below minus 400 Fahrenheit. A remote, hands-off solution to harvesting this water ice has many advantages.

Teams of university students will spend the 2019-2020 academic year designing and building such devices that can operate remotely, via remote control, cutting through a one-meter deep test bed to develop a digital representation of a core sample, and ultimately extract as much liquid water as possible from ice.

The Revolutionary Aerospace Systems Concept Academic Linkage RASC-AL is a NASA sponsored design competition in which teams of university undergraduate and graduate students work on new concepts to solve some of the challenges NASA will face with the Artemis program and future missions to Mars. This year’s special edition competition is the Moon to Mars Ice and Prospecting Challenge.

“We’ll be looking closely at the new knowledge and capabilities that can be garnered from the universities’ technology demonstrations. The teams bring innovative solutions that demonstrate how technology truly drives exploration—we look forward to learning from their great accomplishments,” said David Steitz, acting deputy chief technologist for NASA, in a press release.

As many as 10 of the teams will advance through the multiple stages of the competition to become finalists, competing in an onsite demonstration at NASA’s Langley Research Center June 1-4, 2020. During the competition, the students function as astronauts on the Moon or Mars would, harvesting as much water as possible while minimizing their direct contact with their device.

The prototypes, which must meet size and weight limitations, will drill into an ice chest filled with an analog simulation of combined lunar soils and Martian surface. The devices must use system telemetry to identify overburden layers and create a digital core of the various layers. 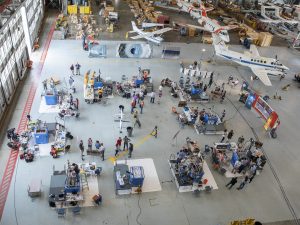 Nine university teams from across the U.S. competed in the third NASA Moon to Mars Ice and Prospecting Challenge hosted at NASA Langley Research Center, June 4-6, 2019. The teams demonstrated their prototype drills to extract the most water possible from a cooler, simulating a slice of Martian surface.
Credit: NASA

The teams will have a total of 12 hours over two days to extract as much water as possible from the ice at the bottom of the chest, beneath the soil. The students will collect the water just as astronauts in a harsh environment would, primarily using remote control. Water collected while the device operates remotely, “hands off,” will be scored higher than water collected “hands on.”

The teams will also develop poster presentations that outline “paths-to-flight,” how their devices would be adapted to function on the Moon or Mars, where they would face vastly different temperatures, atmospheric pressure, and gravity than on Earth.

“We are entering an incredibly exciting period in space exploration, where we will send humans to the Moon and then on to Mars,” said Richard Davis, assistant director for science and exploration in NASA’s Science Mission Directorate (SMD) in a press release. “There is so much that we do not know about harvesting resources in space; student design teams have an amazing opportunity to make significant contributions here.”

The competition is managed by the National Institute of Aerospace (NIA), a non-profit research and graduate education institute in Hampton, Virginia, created to inspire the next generation of scientists and engineers.