Back to Top
Home/INSIGHT/Spotlight on Lessons Learned: Best Practices for the Elemental Profiling of High-Purity Hydrazine 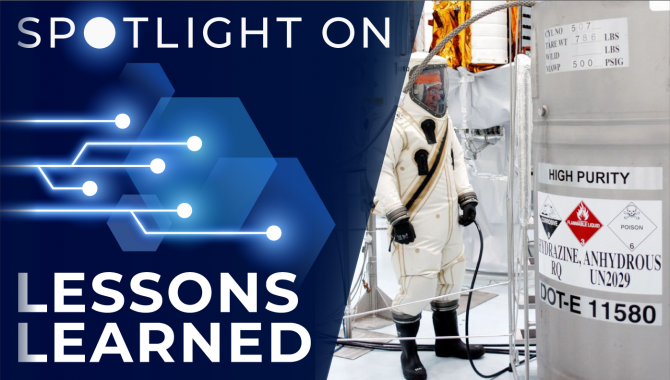 Trace contaminants in high-purity hydrazine (HPH) propellant impact a wide variety of NASA, Department of Defense, and commercial missions. Depending on thruster design, contaminants must be kept at extremely low levels, which are verified by routine analysis. Several impactful contaminants are not currently controlled in the MIL-PRF-26356 specification that governs procurement.

A recent assessment of some of these elemental contaminants sheds light on potential contaminants present following changes in the HPH supply chain. A round robin analysis using four separate laboratories resulted in unacceptably high variability in the quantification of the contaminants.

Efforts were made to ascertain the causes of this lab-to-lab variability and highlighted several sample preparation and analytical method considerations that can impact laboratory results. The principal objective of this lesson learned and the accompanying recommendations is to establish an analysis methodology that yields accurate and repeatable quantification by providing best practices for both quantitation methodology and strategies for avoiding sample contamination during analysis. 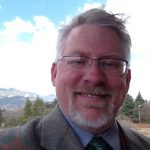 NASA Deputy Technical Fellow for Propulsion Charles Pierce on the importance of this lesson learned:

In 2018 the process for producing high-purity hydrazine, the monopropellant used as the engine fuel for the vast majority of U.S. spacecraft, was changed. The original process for producing high-purity hydrazine used a Raschig process, and the new process uses a ketazine process. The two processes use different feedstock compounds and intermediate processes and produce different biproduct chemical residues and assays. This production change by the primary provider of propellants to the U.S. government, the Defense Logistics Agency, caught the spacecraft propulsion community off guard.

During the scramble within the spacecraft propulsion community to understand how this production change could have been made without the spacecraft propulsion community being aware of it, it was discovered that the MIL-SPEC for high-purity hydrazine had been developed, based on the original Raschig process. The High-Purity Hydrazine MIL-SPEC had been written to minimize the contaminants in the Raschig-based hydrazine but had not been written to minimize every contaminant that could adversely affect the performance of hydrazine thrusters. Although the newly produced propellant was called by the same name, high-purity hydrazine, the types and quantities of contaminants in the ketazine-based hydrazine were unknown. This immediately brought into question the validity of the qualification of all existing thrusters which may use the new ketazine-based hydrazine.

Several working groups were established, and several analytical studies were initiated to address the change from a Raschig to a ketazine production method. One of these was the study to understand which contaminants were present in the ketazine-based hydrazine and the quantity of those contaminants. One of the early observations of this study was that most chemical analysis laboratories, both within NASA and the private sector, use different methods for assessing assay contaminants and, not surprisingly, the quantities of contaminants ranged widely between laboratories, when analyzing a sample from the same batch for propellant.

By understanding that there is a level of standardization of chemical analysis methods for assessing the purity of high-purity hydrazine, propulsion engineers can have confidence in the accuracy of lab results and will be better able to assure that spacecraft thrusters can provide the expected thrust, life and efficiency performance that are required by the host spacecraft. This lesson learned is especially valuable in that it recognizes that there are often multiple processes and methods to assess the purity of a propellant sample; establishes important guidelines and best practices to minimize the introduction of new contaminants into a propellant sample; and reduces the amount of variability between a variety of chemical analysis methods. Lessons learned like this one will allow chemical analysts in different laboratories to have a level of standardization in the methods and procedures for analyzing rocket propellant, thus allowing multiple laboratories to be used for a chemical analysis with minimal concern of widely varying results and providing propulsion engineers a higher level of confidence in the reported chemical analysis results.